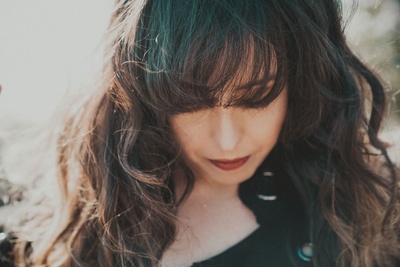 $1
per month
Join
Receive a video each month exclusive to your Patreon tier. Videos will be of an acoustic new song each month.
Silver - 1 new song + Mp3 recording 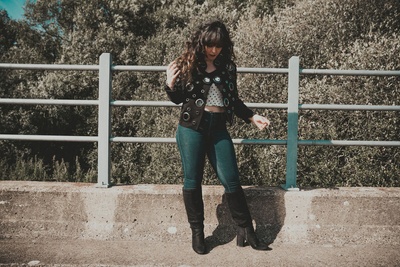 $5
per month
Join
Receive 1 new song per month from me to enjoy +Mp3 Recording. If you play or have a mate that plays, please make a cover version of my song and send it to me! I will share your cover versions on my channel :)
Gold - Video, MP3 + Signed Photo PM 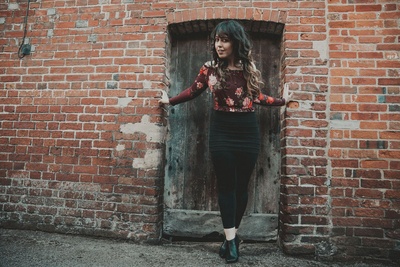 $10
per month
Join
Receive 1 new video + song per month from me to enjoy + a signed photo. If you play or have a mate that plays, please make a cover version of my song and send it to me! I will share your cover versions on my channel :)

Each month receive a signed photo from my shoot that month. :)

Hi there and welcome to my Patreon page!

I'm Louisa Maria from Bristol Southwest UK and over the last 6 months I've taken on renting a small room which I have transformed into a live music online streaming studio!

Music is my life and from an early age I was put to the piano with a classical piano teacher. Over the years I took all my grades on the piano but felt like there was something missing when it came to playing music. I started to look at songwriting as a young teenager and I picked up the guitar at the age of 13. This very much set me on the road of getting into all the indie bands around at the time and even some heavier music. I always loved vocal melodies and pop music so when I had the chance to go to university I studied Songwriting at BIMM Bristol.

Since then I became really integrated in the indie rock scene in my home town and eventually moved to London where the challenge of paying my rent led me to being a full time busker on Leicester and Trafalgar Square. After performing cover songs on acoustic I would often get requests for CD's. When I started I didn't have any and so I grew into recording them and began to write an acoustic album of originals called 'Songs from Leicester Square'.

Just as I began to record these songs, my calling to join an all girl rock band from Australia landed at my feet, so I suddenly flew off to perform all around Europe and the UK. My journey with the band came to end last November 2018 after some bad luck with our van getting broken into and other various industry issues we faced. I decided to return to my hometown of Bristol with one of two options.

1.) Head back to London - Busk, Teach, pay the rent
2.) Rent a small place in Bristol and transform it into my creator studio

The decision was made for me and the very first place I went to look at for my studio is the place I have and broadcast from now. :)

I'm learning to record my own music now and have built up a lot of musical equipment over the years. My studio is now pretty much complete and my father (being a carpenter) helped me build a stage out of pallets and timbre.

The room was very plain looking before but it has completely transformed and now I am writing and recording songs in their all the time. - Soon to be holding live gigs!
After the success of my previous band I was very lucky to get my solo project off to a great start this year. I've completed two tours in 2019 with two new releases with videos and will be continuing into next year with plans to hit Europe in March 2020.

By becoming a supporter you are helping me and other artists to continue doing what we love. It is an honour to be able to create music that people enjoy and want more of.

Join me on my journey and together lets have fun!

As I am able to cut down some of the costs by recording as much as I can myself as I have made it an aim per month on Patreon to try to reach as near as $500 as possible.
This will allow me to continue and cover my expenses for my studio rent, mixing and mastering + merchandise and CDs.

My other jobs included Teaching Music part time and I also now promote my new music through taxi driving with Uber! - Something my passengers always find fascinating when they ask what my real job / passion in life is!

LET'S DO IT TOGETHER!

I absolutely love engaging with people online so please do message me, comment, like or email. I'll be happy to answer any questions you might have so do get in touch.

Below is my general bio that I send to lots of applications and gig descriptions etc. It holds a bit more background if you are interested in reading a little more.

Originating from one of the UK music and art hubs, Bristol, Louisa Maria has now stepped into her solo career. Best known for her role as a lead vocalist and guitarist in one of the top power rock trio’s, Tequila Mockingbyrd, Louisa is now launching her own material. Like many musicians, she has attracted a loyal following in her local town. Louisa has also gained a larger reach through the national and international sales of her previous band’s success.
Louisa as had an extremely successful career to date, including her most recent achievement which was being asked to support Razorlight in her home town of Keynsham Space when they were on their UK tour back in October of 2018. With Tequila Mockingbyrd she also gained experience touring nationally and internationally, as well as scoring airplay on Planet Rock throughout the last part of 2018.

Since her live background in the rock genre has been quite strong, she has always wanted to dive take the leap of faith into the commercial pop scene. Louisa has a very strong resemblance with her music to the likes of Kelly Clarkson and Demi Lovato.
With releases being planned throughout the remainder of 2019 and 2020, you can be sure to recognise the name Louisa Maria – and not just for her previous successes.

It's looking like my first ever USA show in New York will be this October 2020! So I'll need to save as much as I possibly can in order to take my lovely bandmates along with me and push my career to the next level.