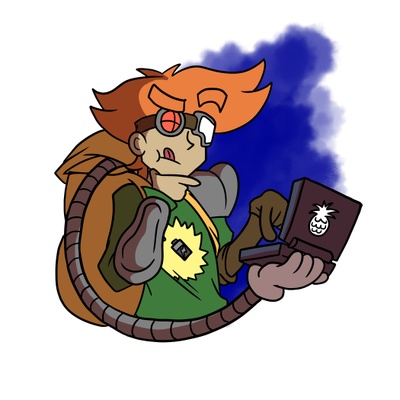 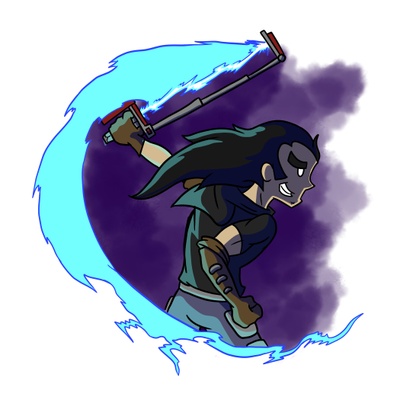 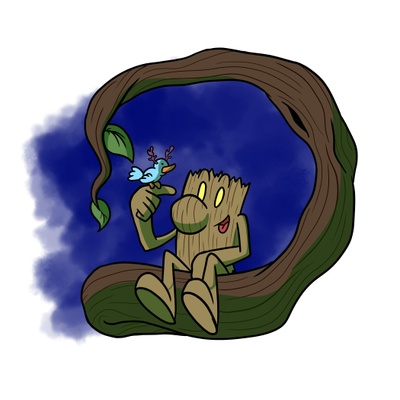 Welcome to The Ballad of Lumber Jackson, the web's most chronological comic!  Join Langston, Law, Crash, and Vox as they venture through the strange and time-trippy world of Chronsylvania. As always, the comic is free to read at www.lumberjacksoncomic.com.

If you're new to the series, the teaser text below will give you a brief intro: Langston Jackson may be the smartest tinkerer/thief in the world, but that didn't stop him from making that stupid wish. In his defense, he never thought time would actually freeze. He never thought a talking twig from an otherworldly tree would come crashing through his window in desperate search for a way home. He never thought he and his brother Law would have to travel to the strange land of Chronsylvania to stop the evil Syndicate of Stasis from bringing the flow of space-time to a grinding halt. He never thought he might have to actually be a...a...hero. Gross!

If you're looking for sci-fi action, fantasy adventure, and time-manipulating nonsense, you've come to the right place. Fans of D&D, The Legend of Zelda, Adventure Time, Avatar: The Last Airbender, She-Ra, Gravity Falls, Kipo and the Age of Wonder Beasts, and the MCU will feel right at home here.

By supporting this comic with even $1 per month, you'll gain access to our community of nerddom on Discord! For $3 per month, we'll give you a shout out on our sponsorship pages, and you'll also unlock additional Discord channels devoted to video games, comics and manga, D&D, and our community boards where members can share their writing, art, and other nerdy projects. And if you wanna go hog-wild and throw us 5 or even 10 bucks each month, you'll get access to new pages of the comic one week early as well as exclusive behind-the-scenes content, artwork, and lore from the world of Chronsylvania via our "Behind the Ballad" streamcasts.

Your patronage goes directly towards supporting the continued creation and growth of the comic. We're looking forward to you joining our crew on this ever-changing adventure!

For more info on The Ballad of Lumber Jackson and to get caught up on all past issues, head to www.lumberjacksoncomic.com.