Studio Lupiesoft is creating content you must be 18+ to view. Are you 18 years of age or older? 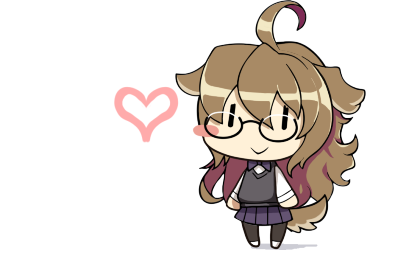 Every dollar helps in making the best games we can. Thank you for your support! 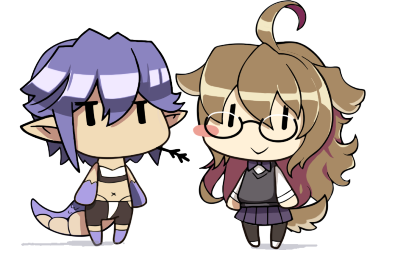 Exclusive extras will be given for $5 backers in appreciation of your patronage. 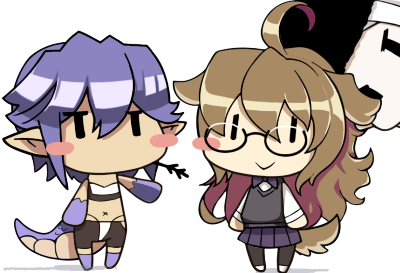 In appreciation, $10 backers will receive access to beta testing, and their name in the credits!

Lupiesoft is a software studio focused on developing anime style visual novels. Many of our works are for adult audiences only.

Estimated Release Date - Mid 2019
Next Estimated Beta - February-March 2019
Our current primary project, Dizzy Hearts follows the naive and free-spirited Seriva as she sets out on a journey of adulthood. Venturing far from her subterranean home, she finds herself in a land cloaked in eternal night, home to the snowbound city of Lungarde. As Seriva learns the customs and culture of the elves around her, she'll discover the many intricacies of social status, the difficulties of gender and coming of age, and the heavy burden of royalty.

Estimated Release Date - Late 2019
Next Estimated Beta - June 2019
Having spent her life as a slave within the desert capital of Alabast, Rao-ji's meeting with two curious visitors from foreign lands brings the promise of escape and freedom. All is not how it seems, however, with the bargain leading Rao-ji on a journey of discovery about herself and those around her in the luxurious imperial palace of the Sail. In her search for what home means to her, Rao-ji will find that the past she'd considered forgotten now holds the key to her future.

The Menagerie takes place in the same world as Dizzy Hearts, and is being redeveloped at the same time with a new development team. Note that this is an R18+ title, containing monster girls, yuri, futanari, and lewd elves.

Mutiny!! is set in a world of fantasy, and adventure. A realm where airships can sail among the clouds as well as the sea, entering the flogiston to journey to other planes. There’s treasure spread out over many planes if you’re brave or curious enough to find it! At the bottom of the sea or within mysterious ruins, protected by curious animated guardians. The world of Mutiny!! is in every way ‘fun’, silly and sexy as you imagine!

You can buy our games from these stores!

46% complete
Thank you! With this, we can spread awareness of elf culture even more efficiently! This will enable us to hire additional help, as well as pay our current contractors for extra hours, allowing us to finish our games sooner.
1 of 1