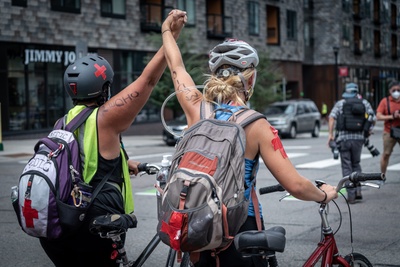 $3
per month
Join
Thank you for supporting Move For Justice News! 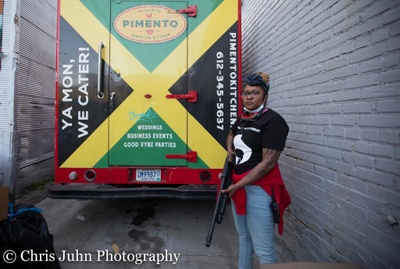 $10
per month
Join
Thank you for supporting Move For Justice News! 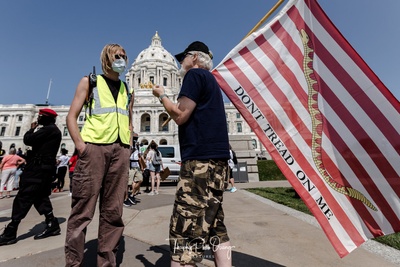 $20
per month
Join
Thank you for supporting Move For Justice News!

About Move For Justice News

Following the murder of George Floyd by officers of the Minneapolis Police Department, Minneapolis became the epicenter of a worldwide movement against Police brutality, and for Black Lives. There was an explosion of activism in the Twin Cities with almost daily political actions, speeches, marches, and ongoing activism as the community rose up for justice.

A diverse group of seven photographers, who had been documenting social justice movements in the Twin Cities since the murder of Jamar Clark almost five years prior, came together to help each other provide photo and livestream coverage as the movement grew. Their collective, Move for Justice News, documented hundreds of hours of live footage and thousands of photos of the historic movement. Although the Twin Cities was largely ignored by national corporate media after early June, the local movement only grew stronger and more unified. The Move for Justice photographers were trusted by the longtime movement organizers and were able to obtain unparalleled, intimate images of demonstrators, organizers, and activists.

The resulting photographs of the arc of the 2020 social justice movement in the Twin Cities are an amazing and powerful testament to an historic moment in local, US, and world history. They include portraits of community organizers and family members of victims of police violence, as they speak to assembled demonstrators. Organized marches both large and small are documented. Even as the COVID pandemic raged and dominated the 2020 news cycle, Twin Cities organizers continued political actions, even going out into surrounding suburban communities to rally and raise awareness.