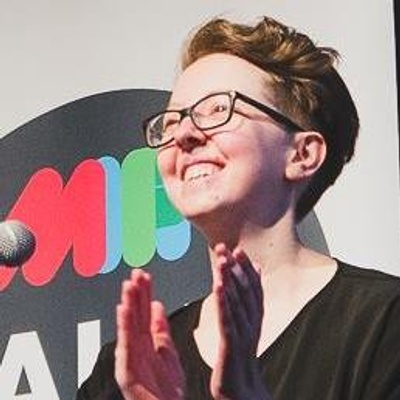 $100
per month
Join
At this tier you get access to personalised guidance with your work. Whether it's making audio, working with audio, experimental games, getting in to industry, or weird gender jazz!
I'll check in with you at least once a month to make sure you get value.

If you can't afford this let me know, and we'll arrange something.

Hello!
I'm a non-binary composer, game maker, teacher, and advocate.
I'm completely freelance with no regular income, and I'd like to change that to focus more on my art.

I've realised that over the last two years of concentrating on audio for videogames, I've let slip my own art. I used to do installations and live art shows, before I started making virtual versions as videogames, and then just went full commercial. I want to get back to making cool experimental stuff, and start expressing myself again.

That's where you come in. Subscribing to my Patreon will give you access and notifications for: 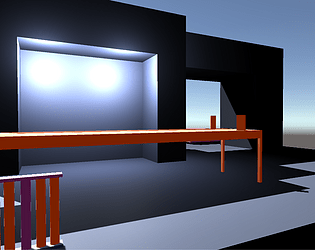 I hope we have an awesome time together!

And here's a bit of bio to read:

Maize Wallin is a Melbourne based composer, sound designer, and audio programmer. Their focus is in 3D spatialised audio, and dynamic music, using cutting edge techniques. Maize consults in Australia and around the world on these topics, and is heavily engaged in the game development community, and in activism and representation within it.

Maize has recently been appointed to the Widget board of directors, representing the field of audio in videogames. Maize also help to run NonBinary.Zone, an online community of non-binary people from around the world, also doing advocacy work for events, and creating resources.

As well as freelancing working on videogames, Maize consults with development teams and composers who investigating their options in working together, and what knowledge they need. For the past four years, Maize has been a regular teacher at two universities; Boxhill Institute, and Australian Institute of Music, and guest lectures at universities and institutes around Australia.

Maize is currently working on Wayward Strand, after the studio having received state government funding. Maize's work has a strong focus on dynamic and adaptive audio systems, and novel experiences of musicianship.

Maize's work has been shown extensively in prominent Melbourne galleries and museums, such as Arts Centre Melbourne, Fort Delta and the Ian Potter Museum of Art, and a two month residency in the Vienna Museumquartier, at the end of 2016.