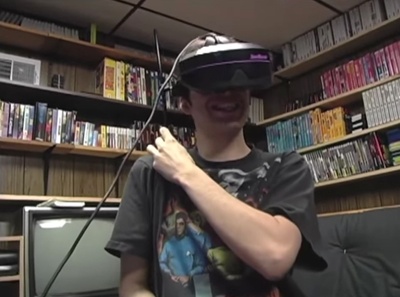 By becoming my patron you will get early access videos and updates as mentioned in my bio.

Hi, I'm Mike Matei, producer and content creator at Cinemassacre on YouTube. I also stream on Twitch at http://www.twitch.tv/mikemateilive

I have a massive collection of artifacts from late 20th century pop culture, and I'm constantly acquiring more. Between me and the people I know, I have unique access to a treasure trove of awesome items that I think should be shared with the world. I've decided to use Patreon to film a new series of videos going into great detail on these items.

I'm going to be examining things like rare, old arcade cabinets and retro gaming magazines. There's going to be lots of footage and commentary about the greatest toys from the past. Maybe there was a toy you really wanted as a kid and never got. Maybe there's toys from your childhood that you haven't thought about in decades. Chances are, I or someone else I know owns them, and I want to share them with you. It pains me to think of how much awesome stuff ends up in a landfill somewhere. And of course, I will be showing and talking about many things from my video game and comic collection.

So, I want to use this Patreon as a video museum to preserve these items for everyone to experience. Patrons get EARLY ACCESS to the videos, and also can request items they want to see.
In addition to that, patrons will be updated on future projects in the works.