Mike Inel is creating content you must be 18+ to view. Are you 18 years of age or older?

$1
per month
Join
Have access to many things! PSD files, Work-in-Progress videos, etc.

Art is my passion, and I'm not just saying that to copy the cliche. I mean it!
I've been delivering animations, fan arts, and games for years now.
And I want to continue doing so until I hit the bucket. But then again, reality says I'll hit the bucket early if I don't have the money to live.
That's where you and Patreon comes in!

With only a dollar a month, you'll be able to support this guy in his adventures through creating works of art!
You'll have access to the many PSDs and other behind-the-scene files that I upload here, exclusive to my Patrons!

Sounds fancy and all, but what's the catch?
Not all the time I have an exciting project to work on. I usually just make an artwork at least once a month.
And if there are rare times I work on a project, the progress is extremely slow.

Other sites where you can find me: 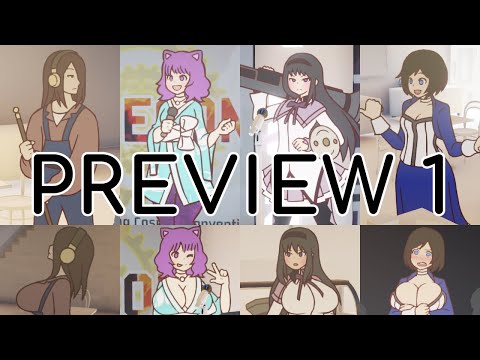 A video project featuring a crowd of cosplayers. It will take several months/years to complete.

Sounds fun! But vague. Now let's go into details so you'll know whether your dollar will be well-invested: