MissFortune is creating content you must be 18+ to view. Are you 18 years of age or older?

Do I Really Have to Name These?

$1
per month
Join
Access to both the Patreon feed and the occasional poll, along with getting each new version a week before the public will.

$2
per month
Join
Access to both the Patreon feed and the occasional poll, along with getting each new version a week before the public will.

Yup, I'm teaching you how to count.

$3
per month
Join
Access to both the Patreon feed and the occasional poll, along with getting each new version a week before the public will.
.

I am MissFortune, named after both the band and the bounty hunter from LoL.

I'm going to be honest here. I have no outlandish goals for what I'm doing here, my main goal for this is to pick up new skills and have fun while sharing it with others. If you like whatever project I'm working on and would like to support it, then feel free to do so - or don't. This is more or less a tip jar. If you want to support, the only real benefit is getting the VN before the free public release, and that goes for all tiers. Unless you want the rather underwhelming option of having a character/storyline added to the VN. I'm not going to guilt people into supporting any project I do, and I'll be as transparent as possible.

That being said, I'd appreciate it if those who do support don't leak it to a forum with two numbers in its name. I'd like to keep some level of exclusivity to supporting this project, anyone who can't or doesn't support (I get it, Covid fucked people up financially.) can wait the extra week.
________________________

We Were Just Kids: 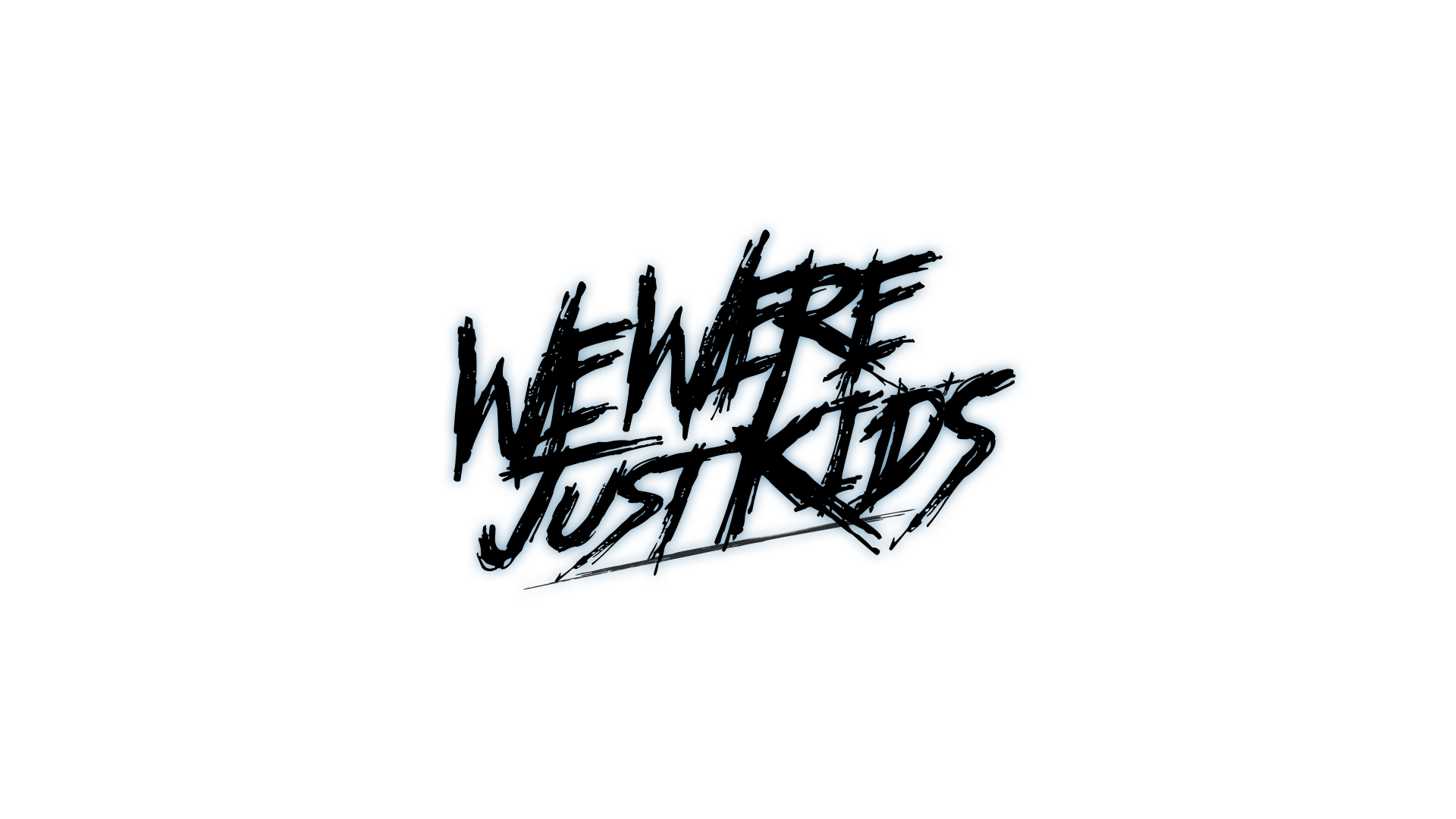 "Too much, too soon, or was that simply my excuse?"

Our Protagonist (Rainn Nichols) has just moved to New York with her mother after her father vanished into thin air. Left with little more than a paycheck to live on and a broken down truck to move them around, our protagonist is uprooted from her home and now ex-boyfriend, forced to live in a motel on the wrong side of the Big Apple. This is where she meets our other protagonist (Logan Knox), the red-haired guitarist and founding member of the virtually unknown instrumental metalcore band, We Were Just Kids. Made up of himself, bassist Jason Butler, and drummer Reagan Lee. What begins as our protagonist joining the band on the fly for a school talent show swiftly evolves into the quartet being thrusted into a spotlight of sex , drugs, music, fame, love, and perhaps death.

Not everything is as it seems on the surface. The corruption of music, the lack of balance in the industry's power dynamic, and the temptations of stardom all test the unity of the band as past relationships come back to haunt our protagonists. Can they handle the heat of the spotlight, or the pressure of sudden fame? Can our protagonists operate through the weeds? Or will they crumble like the many before them?
________________________________

WHAT IS THE STORY BEHIND WE WERE JUST KIDS?

While going to school for my undergrad, a couple friends and I had a small band, and we'd play together in little dive bars near the dorms for fun on weekends. I'll keep the name separated from this project as to retain my own and other's privacy, but we ended up being relatively successful locally before we were approached by a now-defunct label (No, not Trustkill.). It was a quick learning lesson, to say the least. There was already a ton of head games being played, and a contract written explicitly to screw artists over. Needless to say, it was turned down. I saw a bit more clearly after that, just how cutthroat the industry is and how people are only out for themselves, ready to stab anyone in the back when it suits them best. 6ix9ine-style.

I also saw a lot of people far more talented than me burn out just as quickly as they rose.

We Were Just Kids is largely a story of young adults being thrusted into a spotlight they were hardly prepared for, and how they handle the ground sinking beneath their feet, but it also serves as a subtle narrative to the corruption in music. How those in leather chairs drain the life from those with promise, how those in power abuse artists young and old for their own gain, how successful artists are still broke despite spending months of their time on the road.

WHAT'S THE DEAL WITH THE TALK ABOUT PREDETERIMINSIM, AND REFORMATION THROUGH DEATH?

I have a substantial interest in the way people act and think, and how some seem to act so apart from their true thoughts or feelings.

Which is why things like Predeterminism/Determinism is something that interests me so much. How can those who believe everything is set stone live so normally? How they live and suffer through every waking hour knowing that everything they do is pointless? How can they wake up every morning know that regardless of which route they take to work, nothing will change? It's not about life or death, it's the journey and lives you affect in between. Writing it is a way for me to explore that thought process from another point of view.

The latter is a bit of a Death Note/Dexter carryover. How those who can commit act of evil but find ways to justify everything they do. The only way to rid the world of bad people is murder in their eyes, but who are they to play god? And yet, at the same time, who's to say what they are doing is wrong? Who is anyone to decide what is right or wrong? Good or evil? People are happy when a pedophile dies, and yet sad when a lifelong drug dealer is shot in a drive-by? Both are hypothetically bad people. One just does bad things to children while the other gets them addicted to bad things. Yet one should be grieved over the other?

WHY SHOULD I PLAY WE WERE JUST KIDS?

Because you're tired of lazy attempts at a plot that come in the shape of women just throwing themselves at a protagonist only to find the usual harem-king ending?

We Were Just Kids has a harem ending, but that doesn't mean it'll come without some hiccups along the way. It's a choice-based visual novel with an emphasis on a layered, connected storyline from the view of two protagonists that isn't afraid to touch on darker, and unfortunately, realistic subjects. It's an attempt at creating something unique within a saturated market that I myself and hopefully others can enjoy.

WHY SHOULD I SUPPORT THIS PROJECT?

Because Daz is expensive. The financial support for this project is (mostly) going back into it, along with a bit of my paycheck. Will likely wait until the 40 series comes out, but am slowly saving up for a top-end GPU to run with my current one which will obviously result in serious speed increases in rendering times. Your support would directly be helping that while also making We Were Just Kids higher quality in the process.

But again, only support if you want to. :)