Threshold is creating content you must be 18+ to view. Are you 18 years of age or older?

$1
per month
Join
The first reward tier. It's only a dollar!
If you want to pay more I can't stop you!
But it would be very helpful!

The Goddesses' Champion - $5 or more!

$5
per month
Join
This tier is for the more dedicated fans of the game who want to support it more!

P.S. - You can't put this art into the game and have it work out.

There's a reason it's not in the game at max quality.

P.P.S. - Additionally access to this art is for personal use only. Please do not reproduce, post it, or use it for commercial use.

Monster Girl Dreams is a text based BFRPG made in Ren'Py. (The BF stands for Battle Fuck.)
The game is currently in alpha and is in active development, and while primarily text based there is character art for many of the lovely ladies in game. 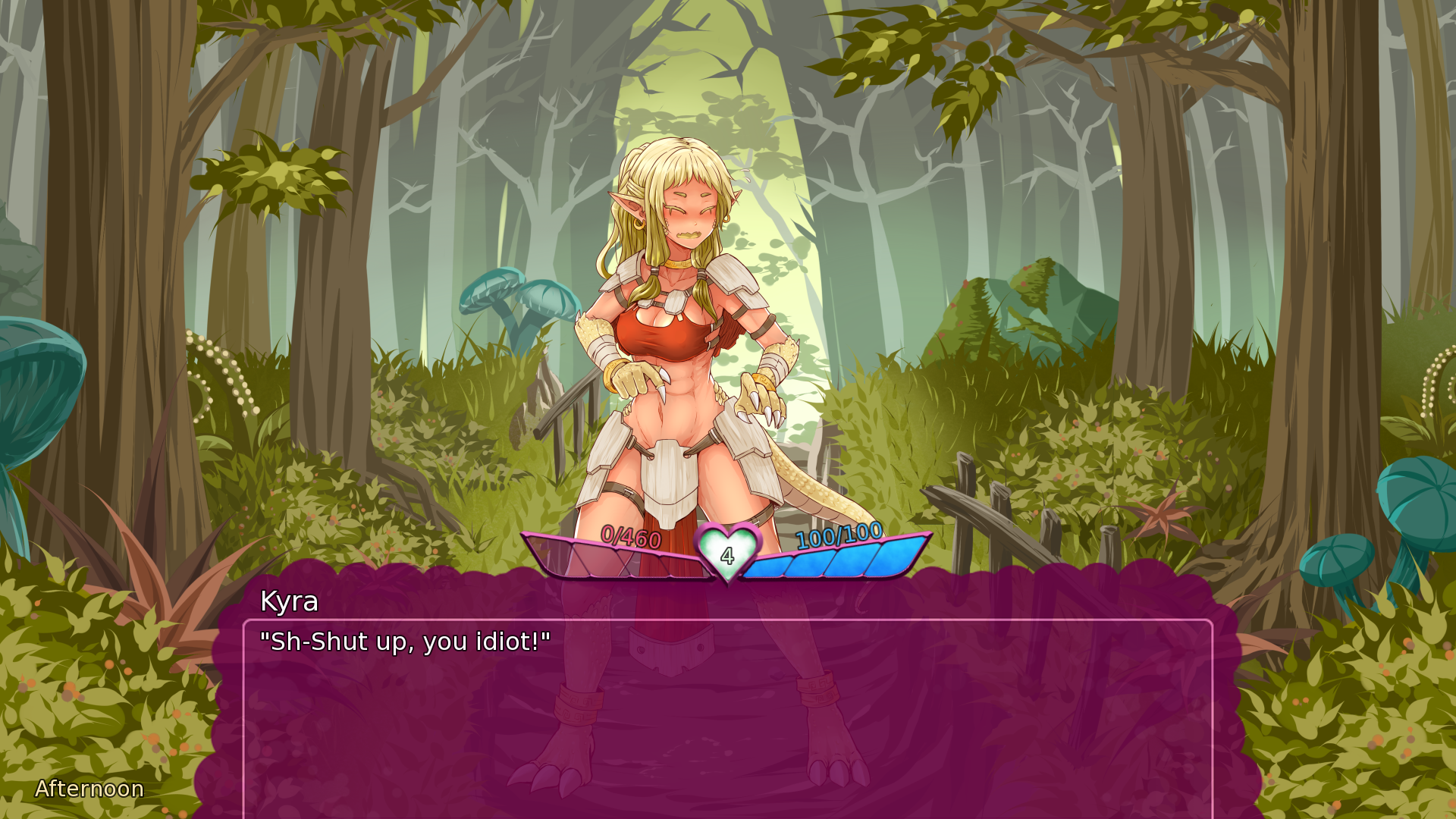 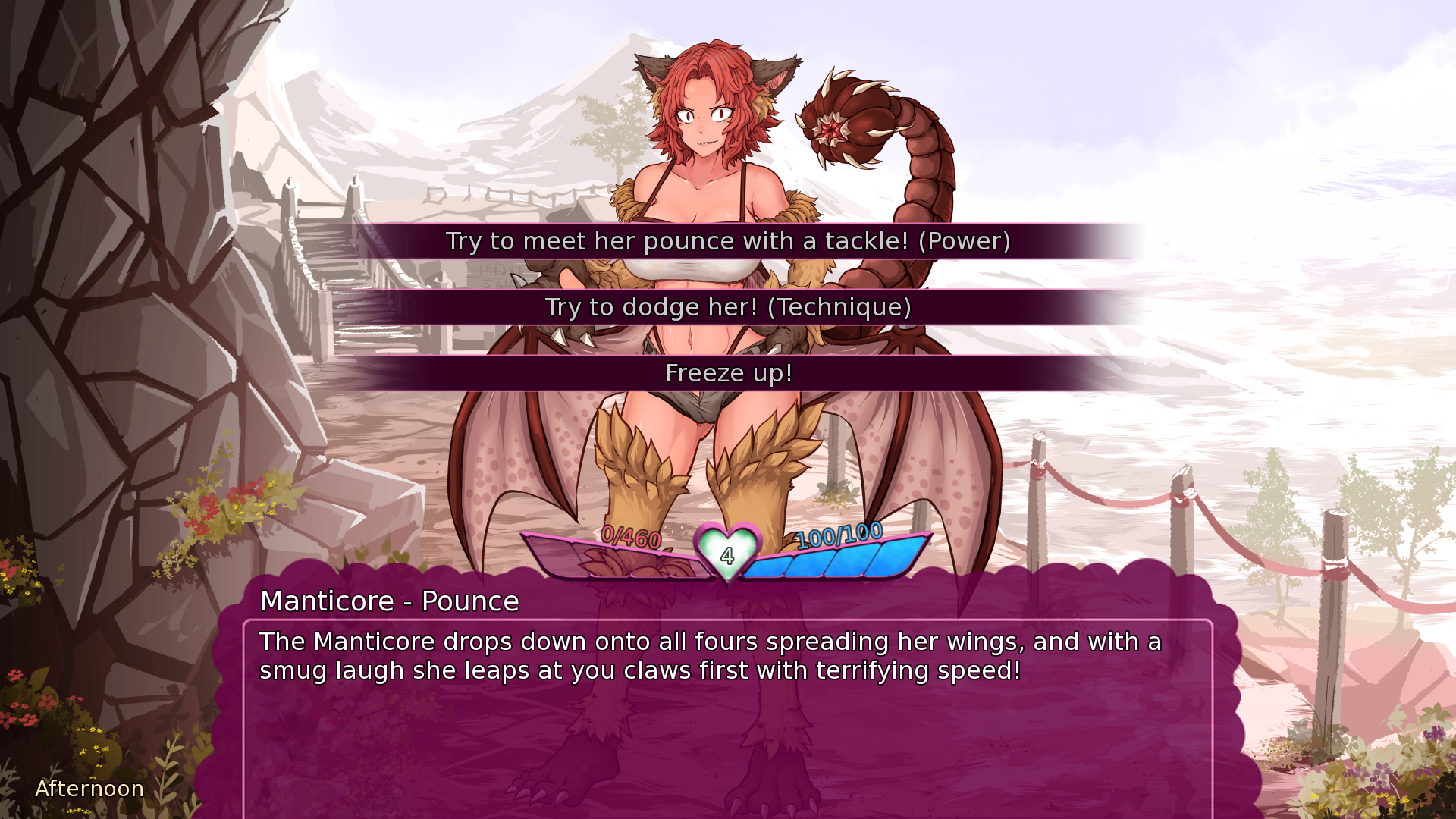 At the start of the game you create your character and define their combat stats and weaknesses in a point buy system, and must choose at least one fetish for the monster girls to exploit with their temptations. 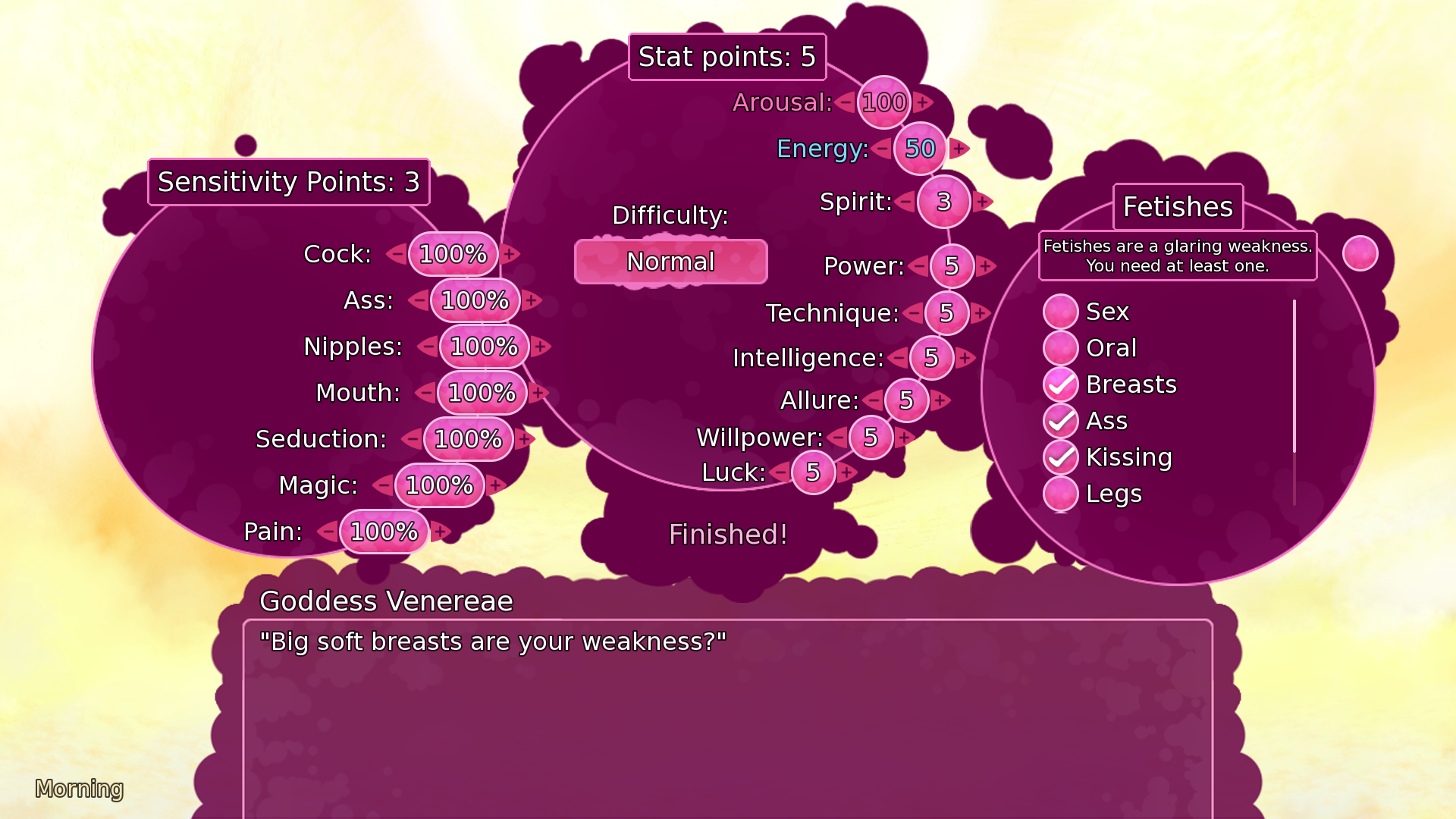 Gameplay functions similar to many standard turn based rpg games, but you utilize numerous sex techniques to defeat your female opponents, all while not trying to give into the enticing pleasures they offer. 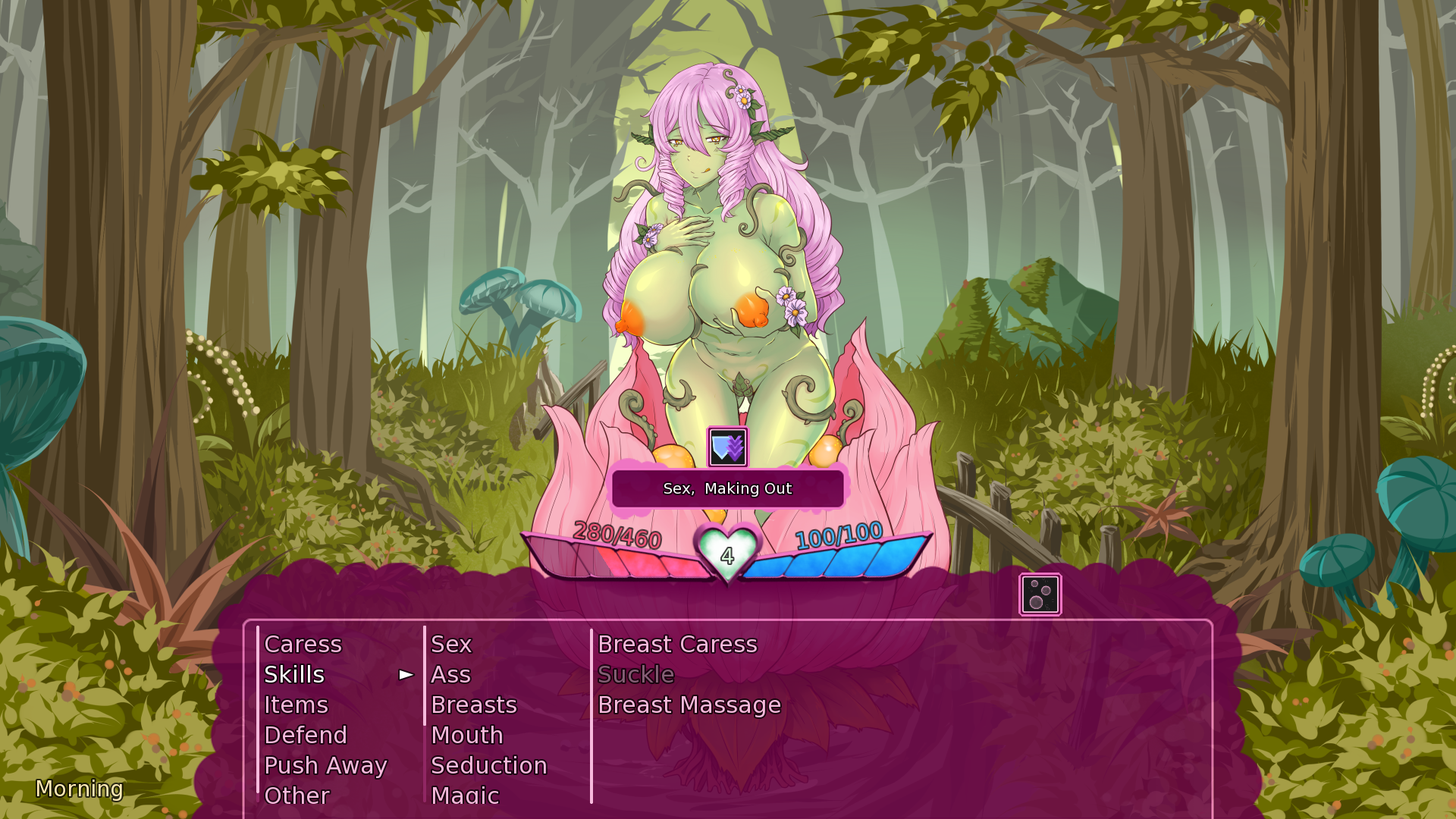 Monster girls will have an array of status effects and temptations to throw at you, as well as the ability to put you into multiple sexual stances. They will probably also use their numbers to pin you down and fuck you silly! 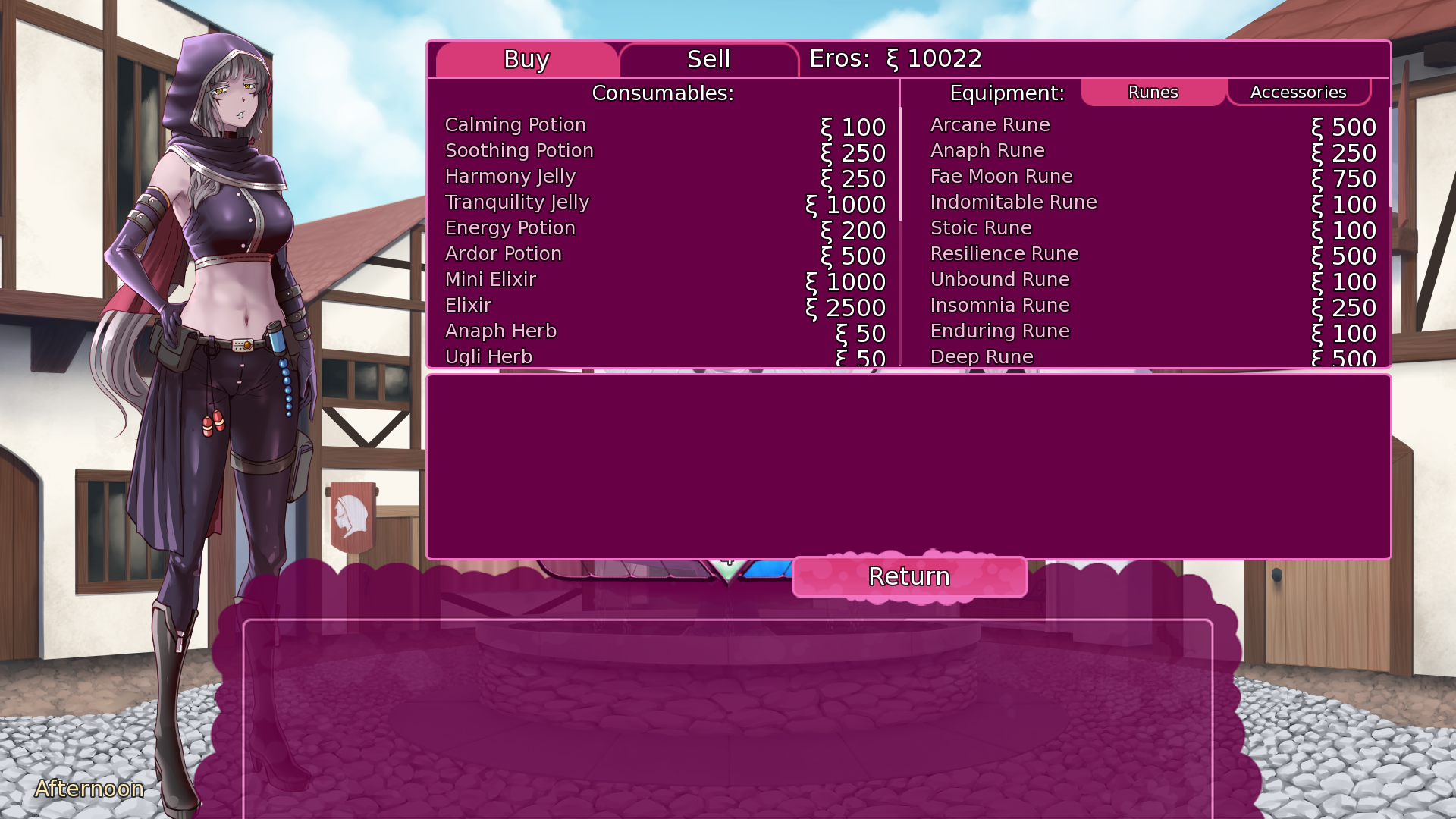 But you'll be able to get the edge of your opposition by leveling up and choosing perks to help define your play style as well as equipping various items to boost your sexual powers even further, or to help make up for a weakness. 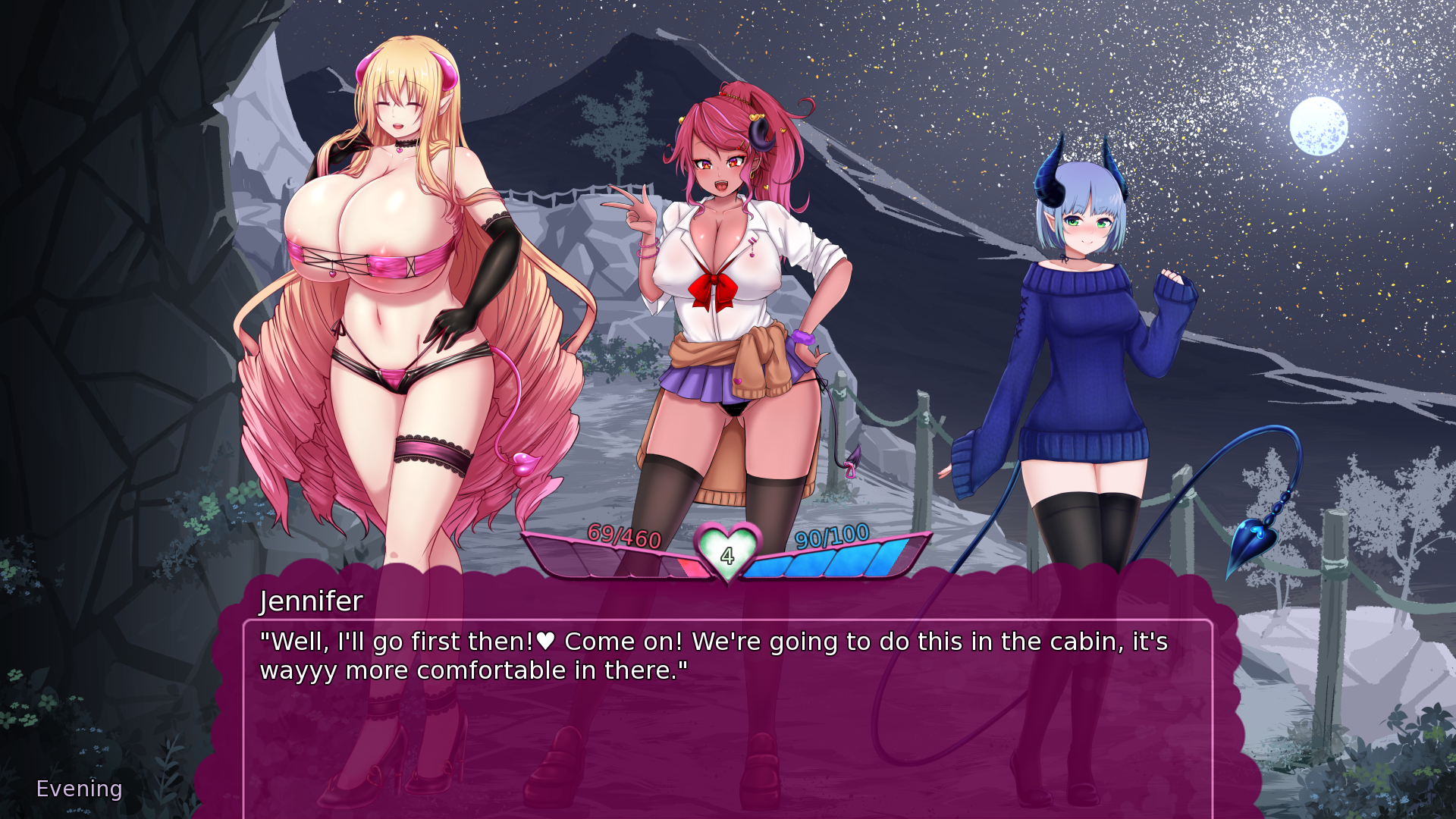 Or you could just say screw that, running forward without any planning, and get ravished into unconsciousness by the lewd monster girls. 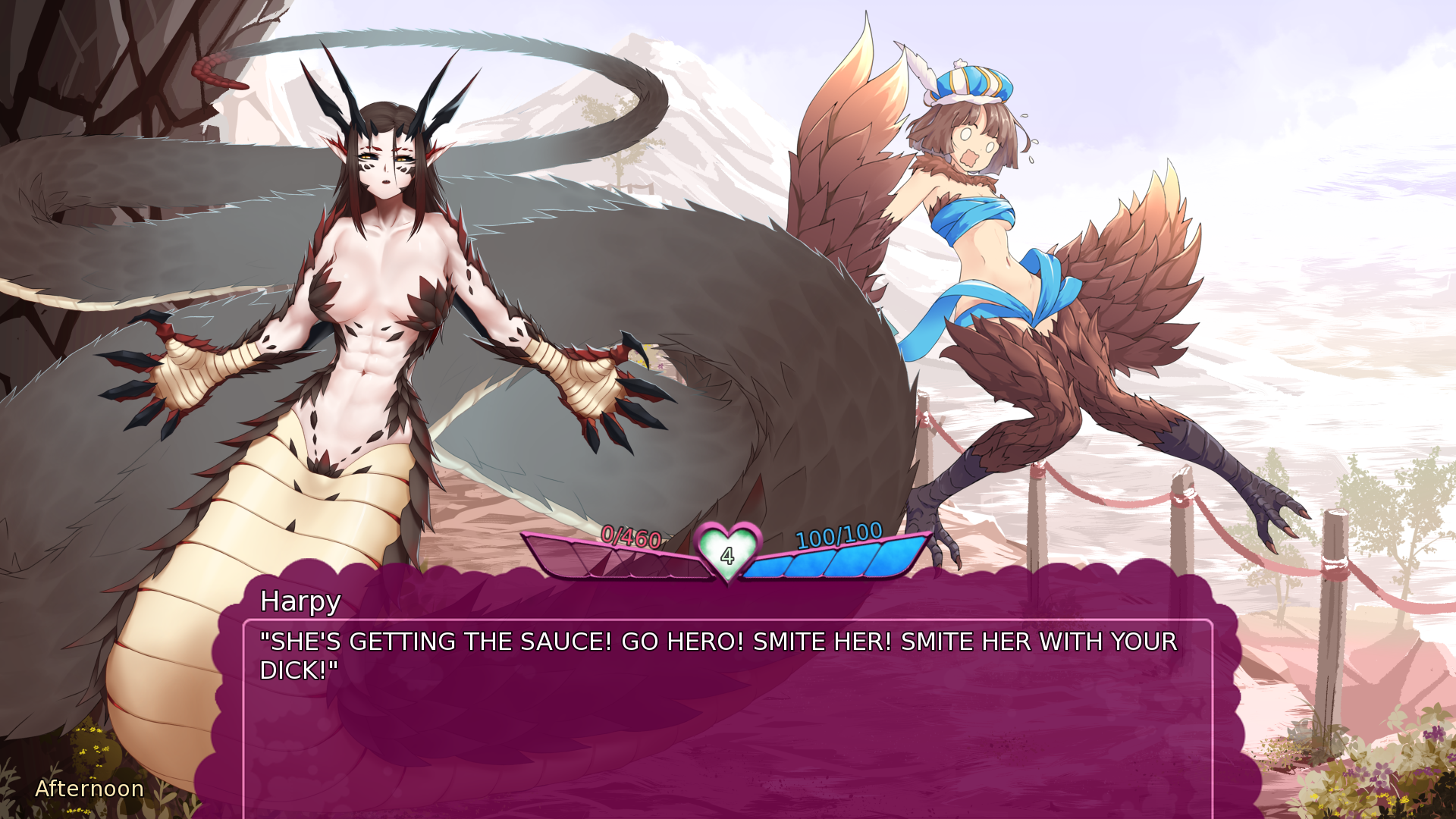 You can also spend time getting immersed in the games whimsical setting and (usually) upbeat tone as you get to know some of the monster girls.
They might even hold your hand instead of trying to fuck you silly. 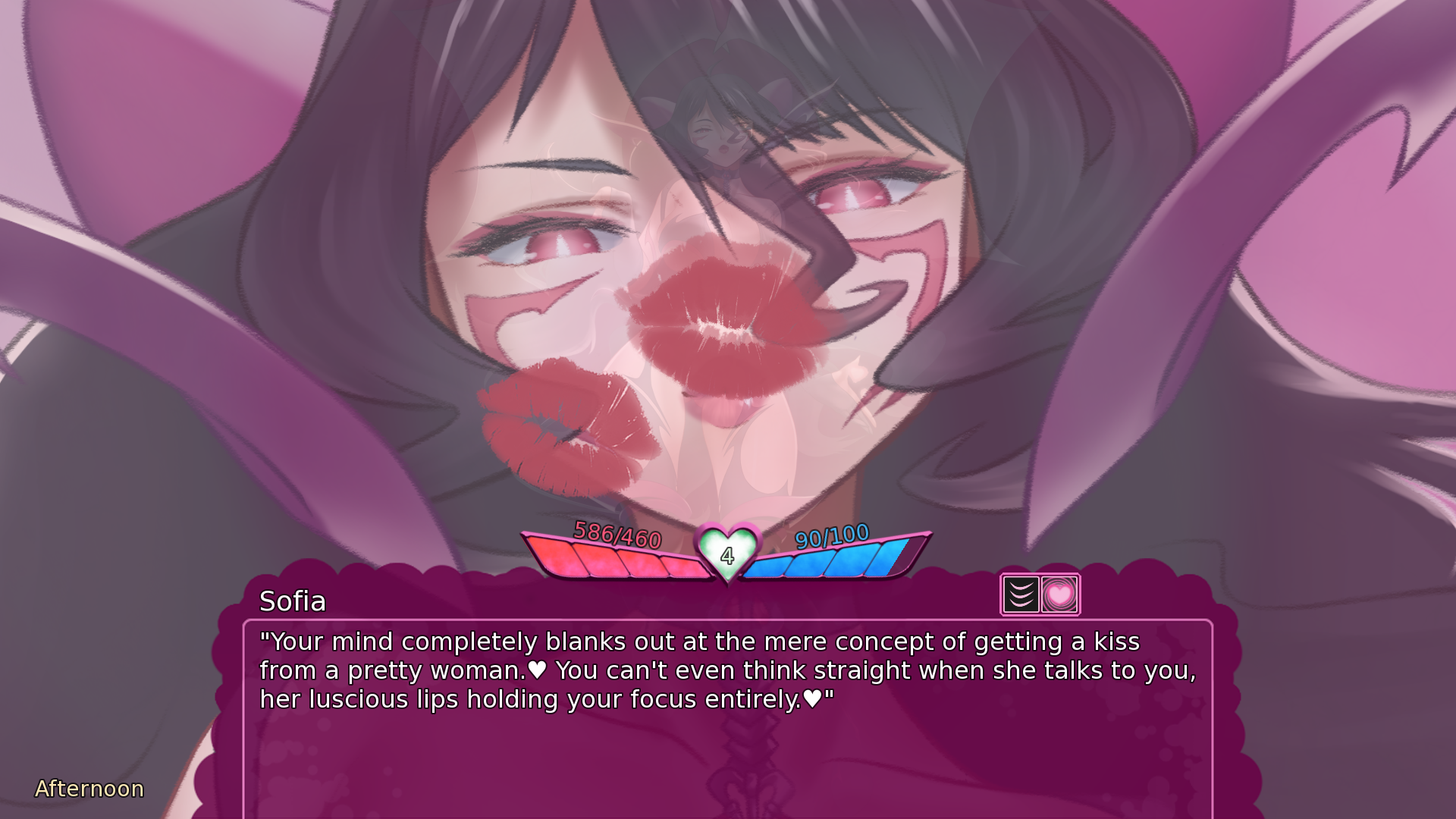 But that depends on who that monster is.

Character art should be commissioned when possible.
Artists schedule, lack of funds, or complexity of the piece can greatly change this.
So don't expect art to start appearing rapidly.


Modding
I have the intent to allow the game to be relatively easy to mod. Which will allow people to make their own enemies, skills and items. Basically everything. Including adding images to enemies and scenes.
Good luck if you decide to try modding it! There's a guide in the game's download for those interested.


Release Schedule
Depending how things go it will range roughly between weekly to a maximum monthly.
Releases will always be available for everyone.
Overall Content Plans

Why Patreon
I have worked on this in the past with most of my time however if I financially want to be able to continue this venture and not seek other means of living I require funds. Alongside that, I find the best way to make a game fun is to have continuous input from early players of my games so this naturally led me to Patreon.

If you want to support the game on a less consistent basis, or one time, feel free to do so via the game's Itch.io

Polls
Which could range from minor details such as a characters name to what kind of monster a  boss should be. In other cases I will ask what you think I should focus on next. I will generally use these to focus on priorities but will get to all items on the poll eventually. Some polls will be binding decisions, for example choosing names, what wins will be the final decision. Other polls, like a feature to add in, may not be binding and I may need to scrap it if it simply doesn't work.
It will be stated what kind type each poll is.