is creating brutalist worlds for you to explore

This Patreon page is primarily dedicated to sustain and develop my experimental indie games.

At the moment Patreons support the development of "Neon Entropy"

My name is Moshe Linke. I am a solo indie game developer and freelance level designer based in Hamburg, Germany.
My love for art and videogames started very early. I always had that urge to create art and after I played the wonderful game "NaissanceE" I decided to teach myself game development. Soon I realised, that video games are the perfect medium for art and architecture.
In Hamburg I grew up with alot of Brutalist architecture and that's what draws me to transport them into my work.
In the last few years I created a handful of small games and also joined a little dev team, that formed after winning the dreamhack jam 2017. TowerTeam .

2018 i released my first commercial game on steam. Fugue in Void.
It got alot of attention from press and on social media.

(Neo-Brutalism in Hamburg. Just some blocks away.)

Brutalism is a modern architecture movement of the early 20th century. The term originates from the French word for "raw" - brut - In connection with raw concrete.
Brutalistic buildings are usually formed with repeated modular elements made out of raw concrete. What gives them a very sharp and blocky appearance. Almost like giant monsters sticking out of the urban space. Brutalism is often associated with dystopian settings or with a socialist utopian ideology. Although the Brutalist movement was largely dead, it has experienced an uprising hype in recent years. Neo-Brutalism was born. Movies Like "Bladerunner 2049" picked up brutalism elements.

I create small experimental indie games. Most of them focus heavily on neo-brutalist architecture and other more on modern art or I like to explore philosophical ideas in concrete ways.
All of them are immersive audio visual experiences. Sound and music is very important to me and I really pay attention to creating the right atmosphere in my enviroments. The focus of my games is around their exploratory elements. People love to explore and discover stuff in my worlds that challenge their expectations. I try to keep the experience simple and not distractive through text, thats why tell my story through my enviroment. Perfect to lean back and just enjoy the experience. Take a break from stressful AAA-games.

(Project i am working on) 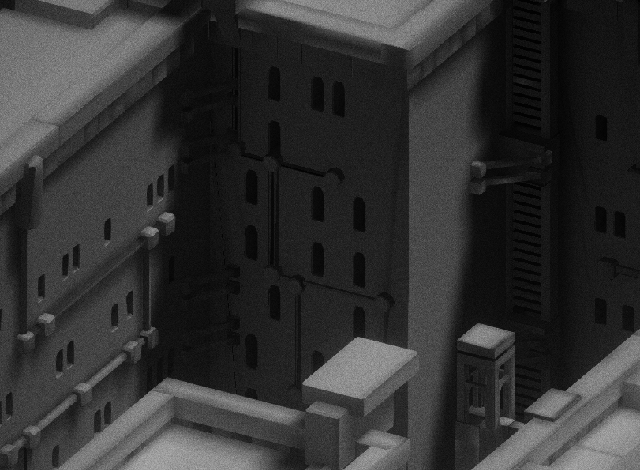 "It's beautifully made (Fugue in Void) & almost every screenshot you take from it would serve as inspiration for a bleak post-apocalyptic or science fiction novel" - Alice Bell, Rock Paper Shotgon


"Either way, the grainy, stark aesthetic adds an an element of authenticity that makes the eventual reveal of the monoliths all the more powerful." - PC Gamer


"VoyageE really is a masterpiece in world design, each new area impresses with it’s size, scale and attention to detail." - alphabetagamer


"Moshe Linke has created something truly special. A slow exploration through a multitude of environments, ... full of brutalist architecture, grey concrete buildings rising to the heavens." - Pip Turner

I generally don't like to take money for my games, but always get some donations from passionate neo-brutalism and indie game fanatics.
With Patreon I give you the chance to support my work and motivate me even more to work on these projects. I work really hard all day and night on them and what started as a hobby I would love to do as a fulltime job.
To work even more on my work I don't want to waste time on creating rushed and half-hearted exclusive Patreon content. This should be just a way to support me.

As soon as I have a creative spark, I chase my idea and work on the project as often as I can.
I keep my projects small and don't want to set too big goals. On Twitter I regularly post pictures of the current state of development. Mostly development takes about 3-6 months. I release on my Itch.io page: https://moshelinke.itch.io/ 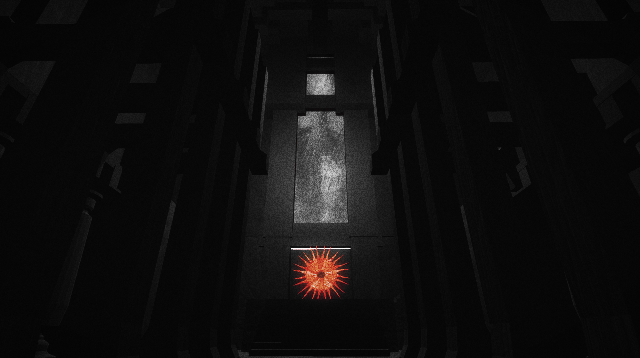 Each dollar you give flows into making my games better. I want to upgrade my equipment, like for example a second monitor I urgently need and a whiteboard to quickly note all my ideas. Or better software for making my workflow easier and more fluent.
I want this to be a place to connect with other neo-brutalism fanatics and indie game lovers.