is creating Things to make you laugh! 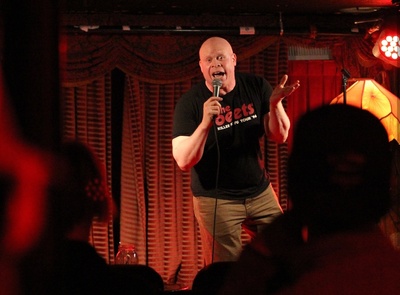 NATHAN… is an actor and stand-up comedian based in LA. As a comedian he’s been seen on Laughs on FOX and Comedy Brew on Amazon Prime and WON The Funniest Comedian in LA. As an actor he’s been seen on American Horror Story, Marvel show Legion on FX, and My Name Is Earl. In addition to performing regularly at the World Famous Comedy Store as a development spot he’s been seen at Edinburgh Fringe and WON Best Writing and Performance at the Cleveland Comedy Festival.
He has been making people laugh all across the country for over a decade. A remarkable Storyteller, Nathan captivates audiences with his unique experience of being a black albino who was adopted at birth by a white family and raised in the south. Nathan has the ability to make anything hilarious. Whether he's talking about his personal hardships or wondering aloud what bees smell like; the crowd is always engaged and doubled over in laughter.
Nathan currently performs all around LA and posts regularly to his Tik Tok account which has over 500,000 followers.
By becoming a patron, you'll instantly unlock access to 15 exclusive posts
4
Images
3
Links
8
Videos
By becoming a patron, you'll instantly unlock access to 15 exclusive posts
4
Images
3
Links
8
Videos