$1
per month
Join
For one buck you'll get loads of gratitude and love. Plus,

Songs and Demos for yaz.

$3
per month
Join
For less than the cost of a Starbucks you can be supporting a totally indie artist! Think of it!!

And you'll get all the above. Plus, 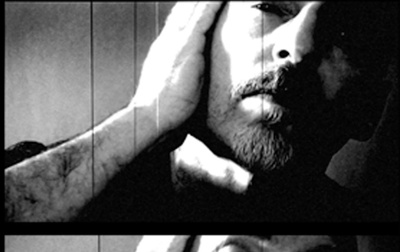 (Impatient to see how it works? Scroll down for the nuts and bolts.)

I'm creating a video series capturing the creation of the new album.
WHO AM I?
My name is Neal Fox. I've been a musician, composer, performer and artist all my life.
Whether I'm creating a film, art or songs, I like to stir things up a bit.

George Carlin used comedy to get some serious ideas across to people who wouldn't ordinarily care about such things. That's one of the things I'm doing with my creations. I like art with a message. Something that gets you thinking, and hopefully in a fun way.
(I used to make a joke that my work was going to get my phone tapped. But now everyone's phone is tapped. And they're even spying on you through your TV and refrigerator. No shit!)

A SUBVERSIVE RADICAL ARTIST IS BORN
Back in the 1970s I had recording contracts with Polydor, RCA and Columbia Records. It was fun and an ego boost, but when they wanted me to be the next Barry Manilow (I played piano and wrote some ballads), that wasn't what I had in mind. I did get a top 10 Dance Club hit called, "In The Jungle," about destroying the rain forest to build a road. Not exactly a Manilow clone. So off I went into something dark and scary known as the Jingle Biz. (Hey. Maybe they were right. That's how Barry got his start.)

The Jingle Biz
Well, I had a hungry wife who liked shoes. So I had to get a job. The next phase of my life got me into a position where I was making good money but not doing anything creative or helpful to me or my fellow man. I wrote and produced hundreds of commercials and promos for NBC, CBS, VH-1, etc. This was taking the business side of music to the extreme. What a trap. Great money, but nothing along my own purpose in life. All I was doing was selling shit. (In fairness, there are some incredibly talented people in advertising. It just didn't suit my face.)

B-bye, Jingle Biz
I did get some nice little toys to record my own music with (and my wife, Naomi, got a bunch of shoes). But there was no time to use any of my toys for my own projects. Then came the straw that broke the Camel's (hint) back. A major ad agency wanted me to write a hit song to get kids in Europe and third-world countries hooked on a particular brand of cigarettes. That was going way too far. I refused the job and eventually quit the whole advertising business to go out on my own and create whatever I wanted to. Wire Duck Records
I started my own label (Wire Duck Records) and put out a double CD of a musical I wrote (Meat Street) followed by 2 other CDs. Actually got it played on musical theater stations. Meat Street was a hard sell. It was a dark musical comedy, (sort of like Cuckoos Nest meets Rocky Horror), exposing abuses in the mental health industry. Trouble was, half the audience was on Prozac. Moving on...

Sixteen years later I've got about 12 CDs, two musicals, 2 one-man shows, the soundtrack to "The Return of the Killer Tomatoes" and "The Killer Tomatoes Strike Back," dozens of music videos and even an award-winning documentary (The Conspiracy Project) to show for it. F**K the FED
A few years ago I created a music video called, "F**K the FED." It explains in 3 minutes exactly what the Federal Reserve is and why we need to abolish it. If this is getting too heavy, watch the video and you'll see it's really pretty simple.
And as you can see from the screenshot below, it's damn funny, too!

(Scene from F**K The FED)
THE CONSPIRACY PROJECT
F**K The Fed caught on. Many people put it on their channels and it even won a couple of awards. Then I got the bright idea to stretch this concept into a full-length movie (The Conspiracy Project). I wanted to show what's behind the Wizard's curtain using music and art and even live performance to get the point across. I entered it into a bunch of film festivals and it started getting awards and nominations.

I think it's a one-of-a-kind film. It presents things that are going on in the world that you won't see on mainstream news. I've even had total skeptics come up to me after a screening and say I've opened their eyes. That's what Carlin did. He was a master. He woke people up in a way they could have it. (You can see some scenes from the film at my YouTube channel.)

The good thing is, I'm doing what I love to do. Even if it doesn't make much money. My creative abilities and my conscience won't let me do just another booty shaking song. (Although, I do a lot of silly stuff, too. So who knows.)

My whole life is dedicated to making the world safer and saner. And I'm committed to using whatever talent I have toward that goal.

WHY BE A PATRON?
Well, now I'm faced with what the big record labels were faced with. How to market me. Being an indie artist means doing everything yourself. That puts control in your hands but also means you're spending most of your time doing something other than creating. So it was time to try something new. That's why I like Patreon. It's direct to the people who like what you're doing and want you to keep doing it.

Because I like so many different types of music, my songs never stay in any one style. Some of it is Latin flavored. Some jazz. Some classic rock. Some even Broadway musicals. Much of it is satire or social commentary. Kinda like if George Carlin wrote music.

As you can imagine, I don't get government grants.
And these days when people get so much of their music for free, it makes it hard to make enough to cover the cost of creating an album or music video or making sure all my software is playing together nicely.

HOW IT WORKS
So my plan is to get patrons to give me $1, $3, $5 or whatever, per month - to help me do what I do.
And you can put a cap on how much you want to donate and change your pledge amount or cancel anytime!
Imagine, for less than the cost of one Starbucks you can be a Patron of the Arts!

Here are the details:
Understand that you are not paying for the privilege to see my films or hear my new music. You can still see most of my stuff for free on YouTube and Spotify even if you're not a patron. But your donations make it possible for me to keep on doing what I do. And there will be lots of videos and demos and art that only patrons will see.

Anyway, my history is long. I've got some stories and experiences piled up. And I've got nothing but lots and lots of creative ideas I want to share with people. Without compromise. So if you're interested in supporting my work, I'd love to have you on board. I promise it won't be boring - and it won't be the usual.

There are only two things that really matter to me: Being creative, and using that creativity to somehow make the world just a bit better than it was. I think deep down, that's what we all want.

Thanks for listening,
Neal Fox

Some projects I'll be working on:

9% complete
My first goal is to be able to survive doing what I do. I picked an arbitrary goal of $500 per project just to have something to shoot for.
I should be spending the money on things like food and rent, but I'll probably buy some video equipment like a new camera and some mounts. Or food... maybe.

Still new to Patreon so I'm not exactly sure how this works. But hey, it's a goal.