is creating Stonewall: The Opera 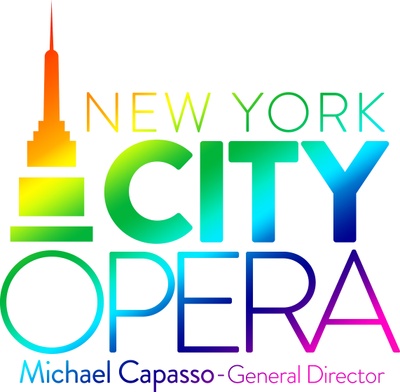 $1
per month
Join
Your pledge of $1 per month will help produce STONEWALL. We will also add your name to our list of Pride Advocates on our website and invite you to all production related events in advance of the general public!
Operations Patron 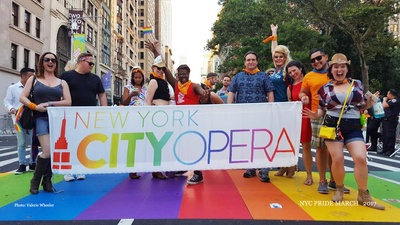 $5
per month
Join
Your pledge of $5 per month will help support the office staff which includes the marketing and social media, bookkeeping, patrons services, artists support, and graphics teams for STONEWALL. Our in-house staff is a small team of fewer than 10 employees, each functioning in several capacities.

We will also add your name to our list of Pride Advocates on our website and invite you to all production related events in advance of the general public! 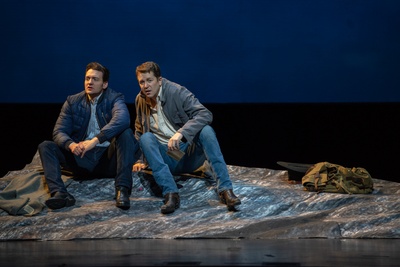 $5
per month
Join
Your pledge of $5 per month will help support the talent for STONEWALL. From the singers to the orchestra and beyond, your gift will pay for artist fees, music stands, score printing, and even tea and honey for the singers.

We will also add your name to our list of Pride Advocates on our website and invite you to all production related events in advance of the general public!

About THE PRIDE INITIATIVE: Every June since the 1969 Stonewall Uprising, New Yorkers have gathered to celebrate LGBT culture and pride. As a company devoted to, and inspired by New York’s diverse community, City Opera is honored to participate in this important tradition. City Opera has committed to producing an LGBT-focused work every June in a multi-season initiative acknowledging and celebrating this vitally important part of our artistic family. The initiative began with the 2017 production of Péter Eötvös’ Angels in America and continued with the recent American premiere of Charles Wuorinen's Brokeback Mountain.

About STONEWALL:
New York City Opera makes history again. STONEWALL, a moving and explosive new American opera, captures all the rage, grit, humor and, finally, hope of the LGBTQ community’s uprising in a Greenwich Village dance club on one hot night in June 1969. Commemorating the 50th anniversary of the event, this new opera follows a diverse group of characters whose lives collide at that pivotal moment in history when the police push them too far and they are given no choice but to speak out.

About NEW YORK CITY OPERA:
Since its founding in 1943 by Mayor Fiorello LaGuardia as “The People’s Opera” New York City Opera has been a critical part of the city’s cultural life. New York City Opera continues its legacy at a new, state-of-the-art home at Jazz at Lincoln Center’s Rose Theater with revitalized outreach and education programs, and programming designed to welcome and inspire a new generation of City Opera audiences, as well as revitalized through outreach and education programs for New York City’s students, bringing the art form to an entirely new audience.