is creating Digital/Printed Comics within the Omenverse & Revelation Comics 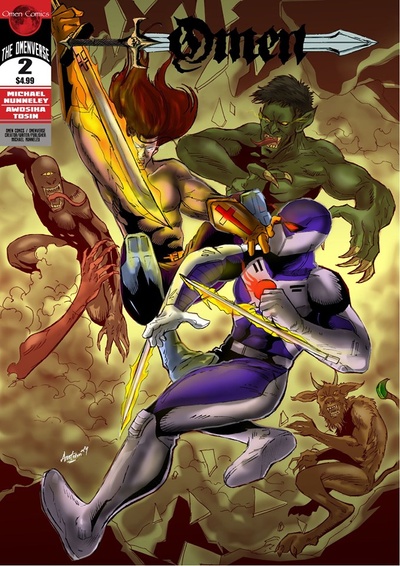 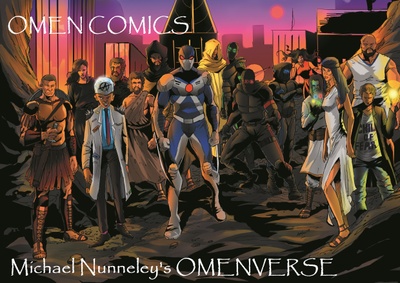 $5
per month
Join
Digital copy of Omen Comics catalog of digital Releases: White Druid & Michael Nero #1 & 2 by Michael Nunneley & Steve Sellers and Omen #1 & 2 & Gallows Men #1 by Michel Nunneley. All artwork by Awosika Tosin. Then, a Digital Copy of each successive title like Gallows Men #2 coming up next. Character Art by Awosika Tosin, scripts for each of our published titles by writers Michael Nunneley & Steve Sellers sent via email. 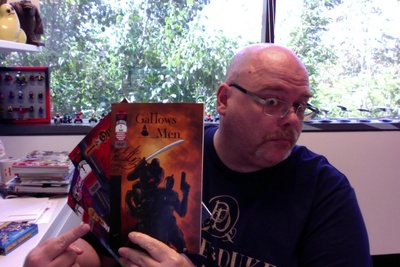 A bit about my journey here: My Name is Michael Nunneley; the Creator/Writer of Omen Comics & the Omenverse characters. I have wanted to make comics since I was 12 years old (1988) folding typewriter paper in half. I have been developing my writing & production skills through the decades including majoring in Creative Writing in college, creating comic stories and characters and even writing a fantasy novel - which has become a world in the Omenverse. I combined all my loves into a vast mythology amalgamating various religious myths & classic literature, myths, fairy tales & legends from around the globe into my own brand of twisted darkness & madness. I have pursued this vocation my whole life and I have no intention of ever stopping until I am dead. I want nothing more than to write & create comics and I've gathered like-minded creators on my Omenverse project in Co-Creator/Writer: Steve Sellers, Co-Creator/Artist/Colorist: Awosika Tosin, Letterer: Guido Martinez, Cover Artist/Logo Designer: Rolands Kalnins & Editor: Russ Pirozek. By contributing you are fulfilling the lifelong dreams of myself and my team and we thank you from the bottom of our hearts. Current Titles: White Druid & Michael Nero #1 & 2 by Nunneley, Sellers, Tosin, Kalnins & Martinez (Letterer). Omen #1 & 2 by Nunneley, Tosin, Kalnins & Martinez. Gallows Men #1 by Nunneley, Tosin, Martinez & Kalnins.