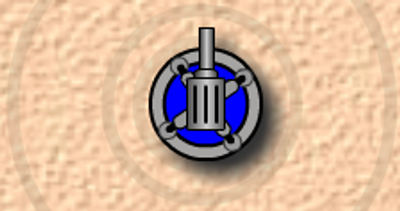 $1.50
per month
Join
Early Access. Plain and simple.
Get notified as soon as a new demo / version is out 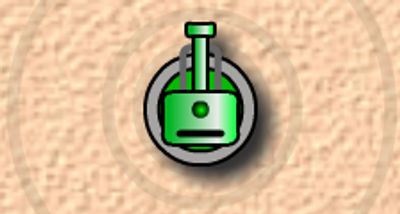 $4
per month
Join
A solid investment that can build big community impact.
Unlock regular updates about the coding status, voting on important polls 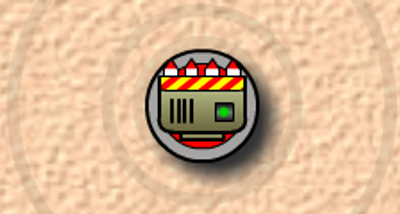 $6.50
per month
Join
This turret hits right in the kisser!
More detailed and probably emotional posts with more background info

“The award winning tower defence game that just keeps on coming. Pit your wits against a never ending stream of bad guys.”

This is an accurate description on its original website, onslaught.playr.co.uk. You might also know it from one of the various flash sites like GameGum, Kongregate or Newgrounds.

The goal of the game is to build towers to defend your base against an onslaught of increasing waves of attackers. They follow a static route which you cannot build on. Turrets can be placed anywhere else in the area, upgraded, and combined with other turrets to fire more powerful combos, they can also modify each other's stats and above all else, they can shoot the bad guys!

This description, the goals and tiers might be subject to change, especially when the community comes up with interesting ideas.

Thank you for considering becoming a patron for this big journey!

I am a hobby developer, working a job in IT, so, if something goes horribly wrong, I might take a day or two to respond. I will do my best to reply to questions and serve my patrons.

Roughly ten years of Java development, servicing my and other creator's Minecraft plugins, sharpened my coding skills there and will provide helpful in getting this game released.

In 2017, after spending a decade in the world of Minecraft as a plugin developer, I went looking for one of my favourite flash games that I played for hours on end, Onslaught. Sadly I learned that the original author (Gaby Vanhegan) had passed away quite a while ago, in his twenties - and as Adobe Flash had been announced to be discontinued, I began a journey to port this game to a language or engine that would allow me to continue and spread Gaby’s legacy.

I first started by porting the code to the Unreal Engine, which proved too taxing on my knowledge of the engine and maybe on its ability to merge user interface and gameplay functionality.

Before the Java version - which will work on most operating systems - is launched, I will release an executable for Windows, so it can continue to be played in some form.

This version of the game - exported from the original flash files - seems to be completely operational. If there are issues with it, there is only a slim chance that I can do anything about it. The latest available version does no longer support the ActionScript version used in this project, so I used a downloadable evaluation version, bound by a 7 day trial period that has long expired. So for the time being, we will have to live with this version until Java is a viable replacement.

The challenge I am working on at the moment is implementing the features which were working out-of-the-box in ActionScript 2.0 and have been superseded in 2006 by ActionScript 3.0.

Most importantly, the original code featured cleaning up of entities by a very easy method call, which does not work like this in any object oriented programming languages I looked at. They are reference based so you have to maintain references and not call on an instance to “go away”.

Also there has been a lot of time invested into making sure that all the animations on screen are properly positioned based on relative positioning to a container. Short explanation here:


These kinds of relations were realized by attaching clips to other clips, without any managing methods. I have recreated this system but it needs a lot of testing. So far everything looks fine.

I am hopeful that I will tackle the problems ahead of me, thanks to Gaby’s extensive documentation and adherence to good naming conventions and coding standards that are well above the language’s requirements.

It is difficult to predict exactly when the game will see the light of day. It is November 2020 now, and I have been working on implementing the raw code for about a month. Since then I have been debugging and changing the engine to work on the Java framework. If I carry on at this pace then we should get to a release version in 2021, but this could be pushed back if circumstances change.

So what is in it for you? Next to public updates that so far I only linked on my YouTube account, I will post more detailed updates here, and grow a community that can give feedback, ask questions, get answers, along with anything else you feel like contributing.

In the long run, a Patreon membership will include more than I have planned at the moment - and include your suggestions, from the community, as well.

The community aspect is also why I am choosing patreon and not a one-time-crowdfunding campaign. I expect this to take some time and the more patrons stay on board the more we will be able to get done together.

Half of the proceeds will be donated to a charity that still needs to be determined, maybe multiple, but I strongly am considering the UK because of the original author, and something with the topic of cancer.

Until actual money is coming in, I will look into how to transparently document this process. This section of the page will be updated with links to the chosen charities!

Credits so far go to: