ParadisoGuardianTeam is creating content you must be 18+ to view. Are you 18 years of age or older? 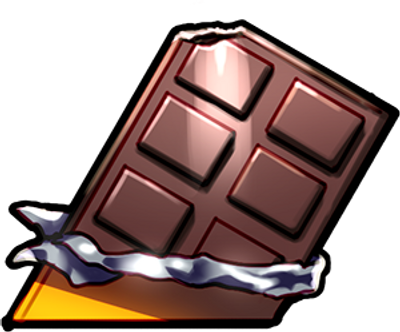 +Hi-res pinnup pack if we updated one! 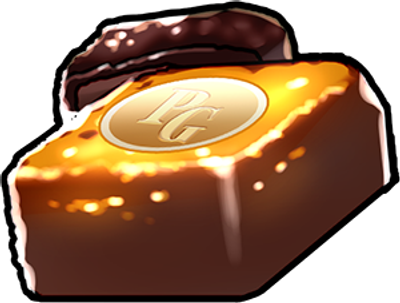 +Hi-res pinnup pack if we updated one!

+Polls for a variety of weird questions. Paradiso Guardian is an ActionRPG game heavily influenced by the Castlevania series,
that also contains visual novel elements.
Featuring pixel-art for in-game sprites and hi-res illustrations for dialog sprites and CG scenes.
This game will have 2 versions, SFW, and NSFW.
The game is being developed on Unity, aiming for a Windows platform release.
However, a Mac port could be easily developed as well.
SFW version would possibly be launched on Steam.
NSFW version may be on multiple non-public platforms.
We plan to make the SFW version be able to be patched to NSFW version!
(Or maybe we could just sell the NSFW directly, which would be so incredible!!)

Our campaign will last about 2 months.
After we collect sufficient funds for launch, we will change the tiers into continuous rewards and reset the current pledges.
Don't be worried, your pledges will all be profiled by the pledge system!

Here are the features you can expect from the game: 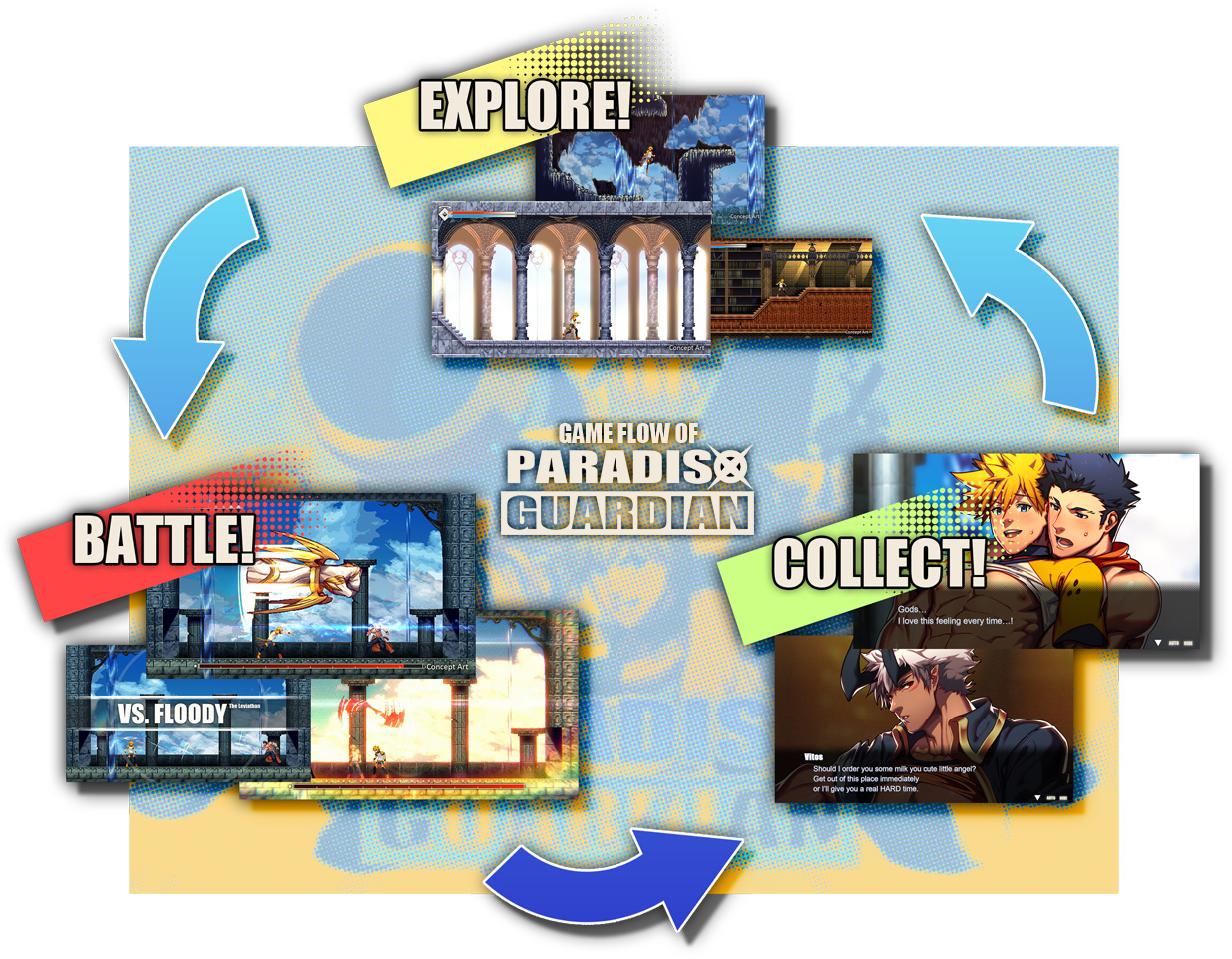 Update:
You can play our last public DEMO on itch. io now!
(Language could be changed in the option)
Download Page

The game development will possibly take around 2 years or more.
Stretch goals would increase the development time, I hope you guys can understand.

Lenga Valentine is a soldier from the Paradiso Guardian army.
A floating castle that belongs to Paradiso legion has been invaded by some unknown forces.
He was sent on a mission to this place to reclaim it for Heaven.
During this mission, he encounters people that are friendly or hostile. They lend their powers to Lenga to help him reach the top of the castle, where the truth shall be revealed. 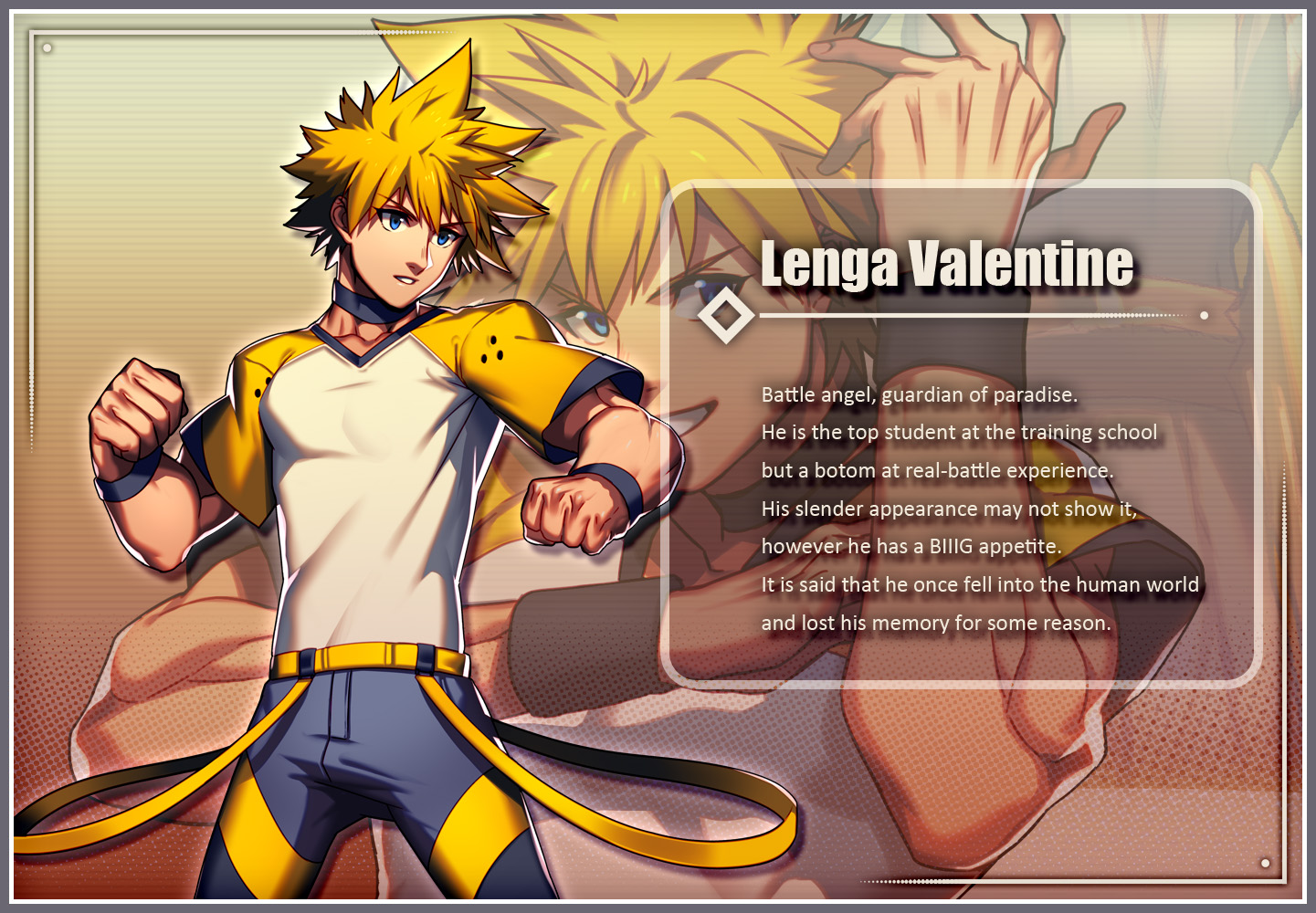 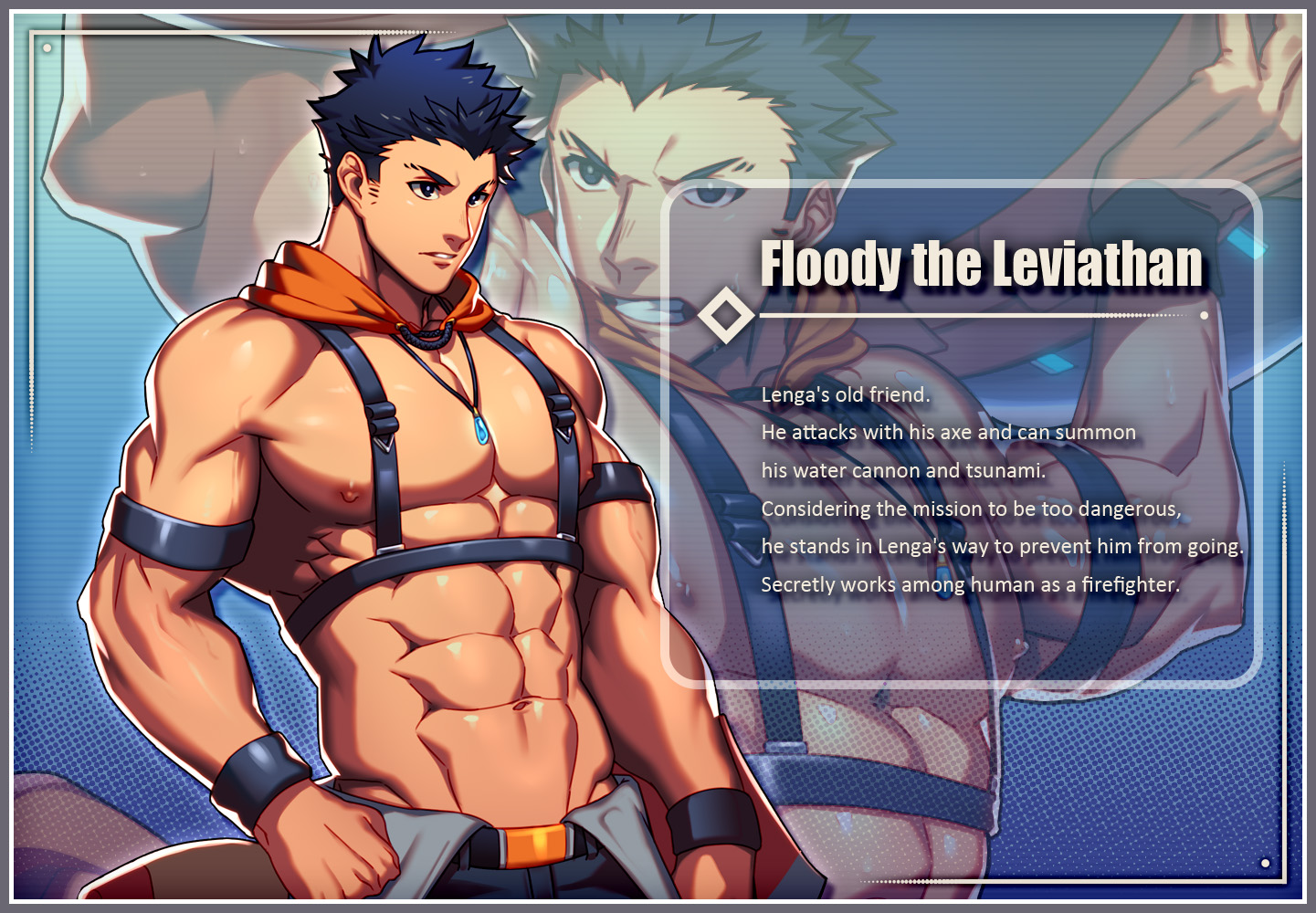 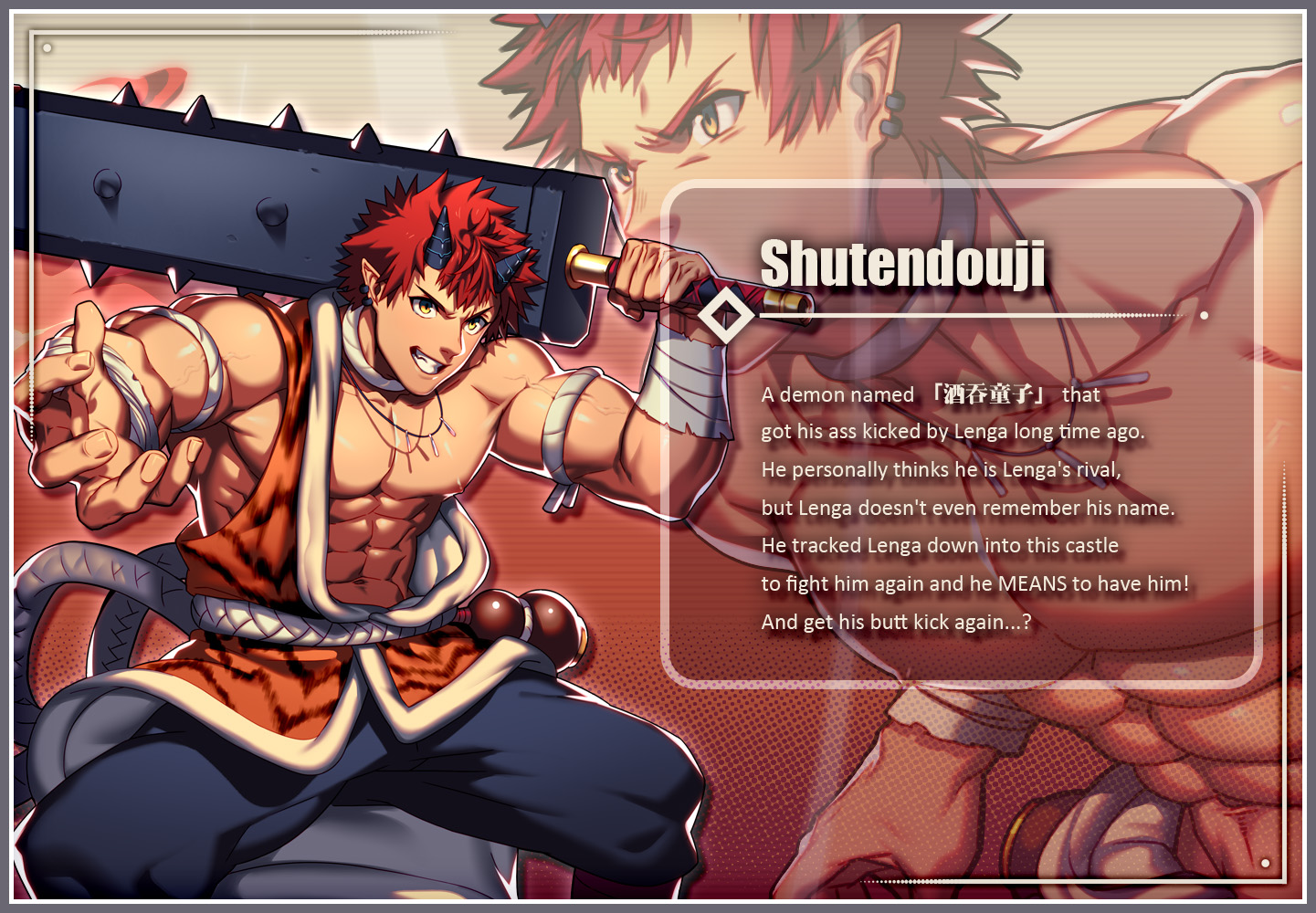 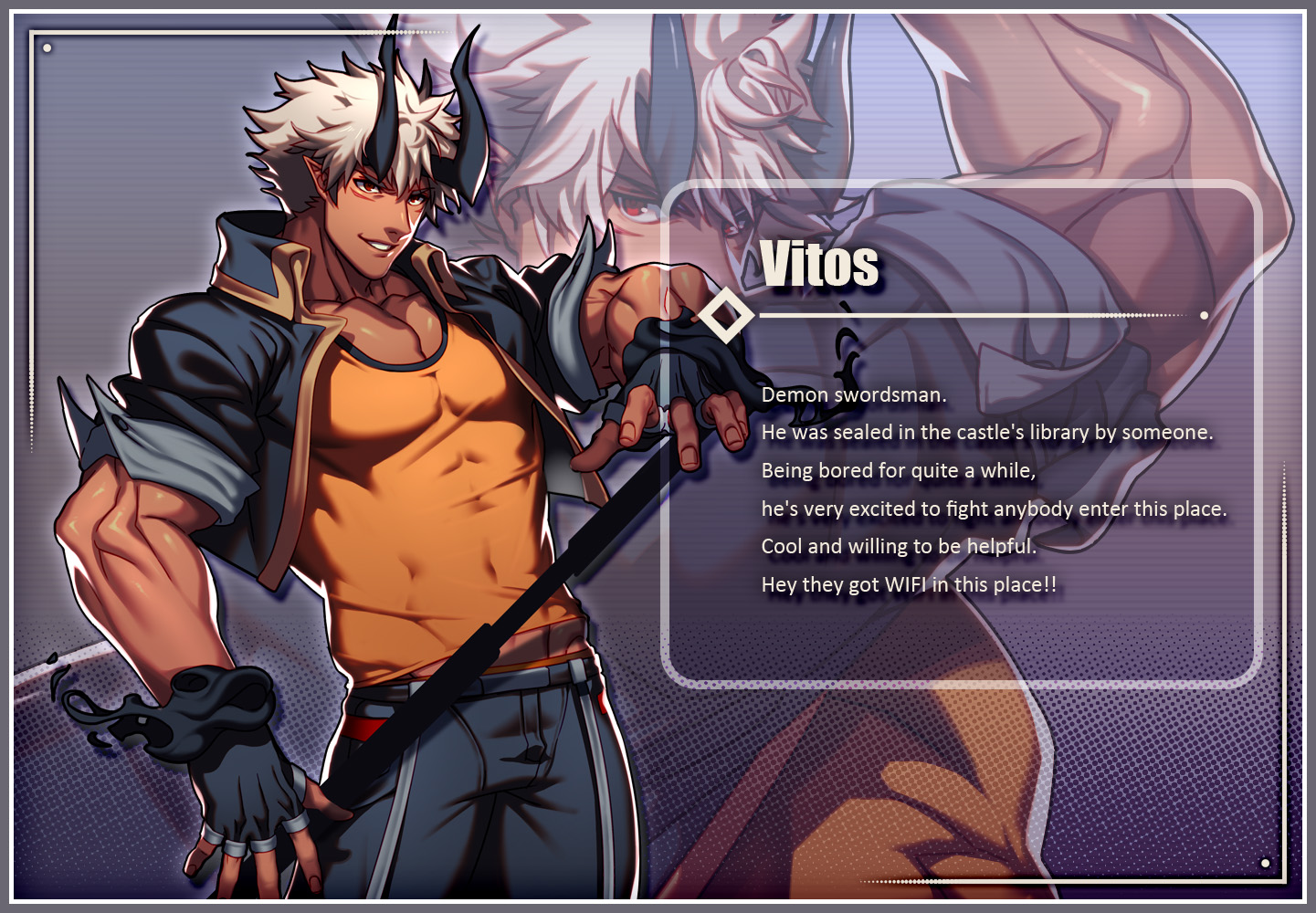 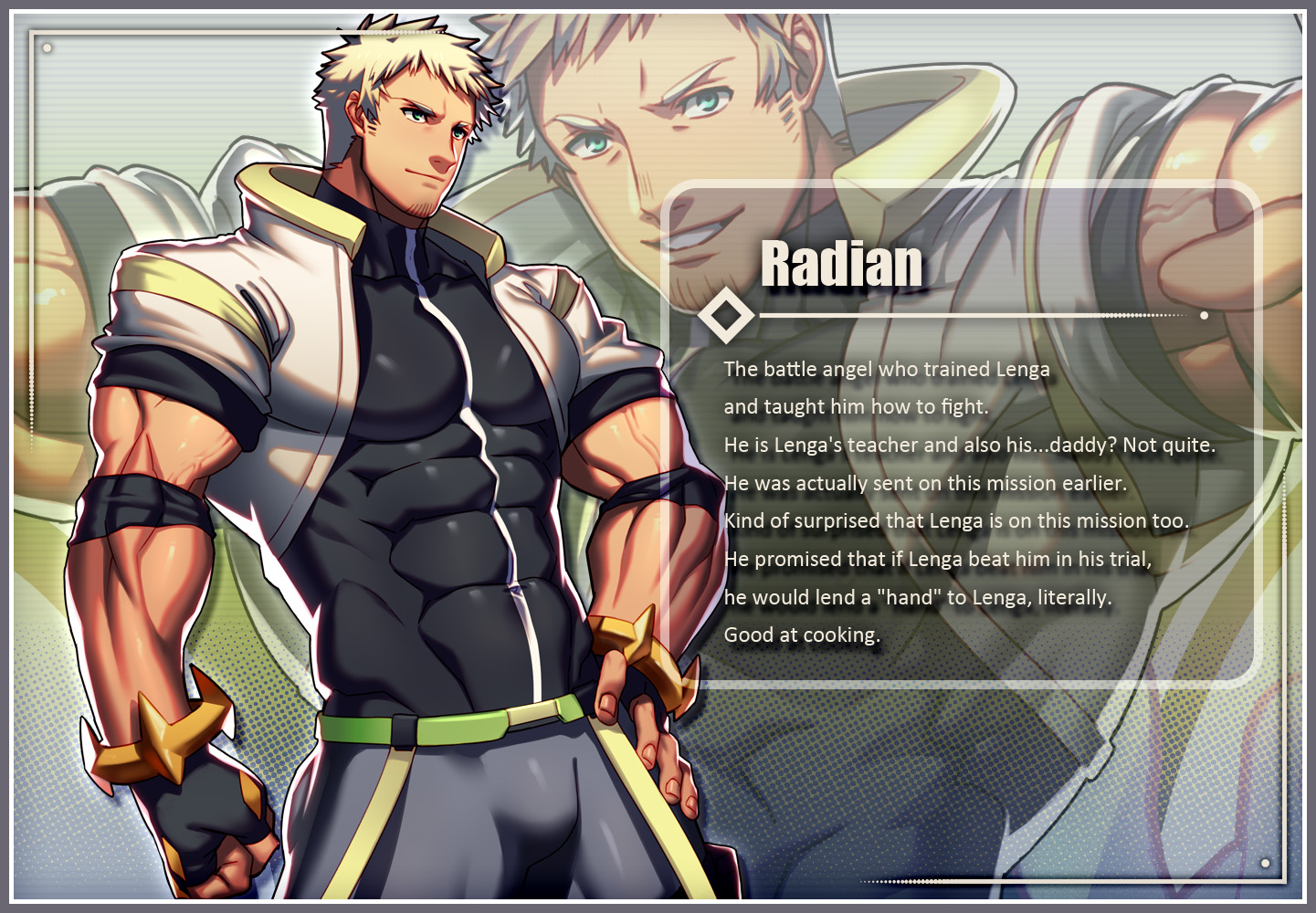 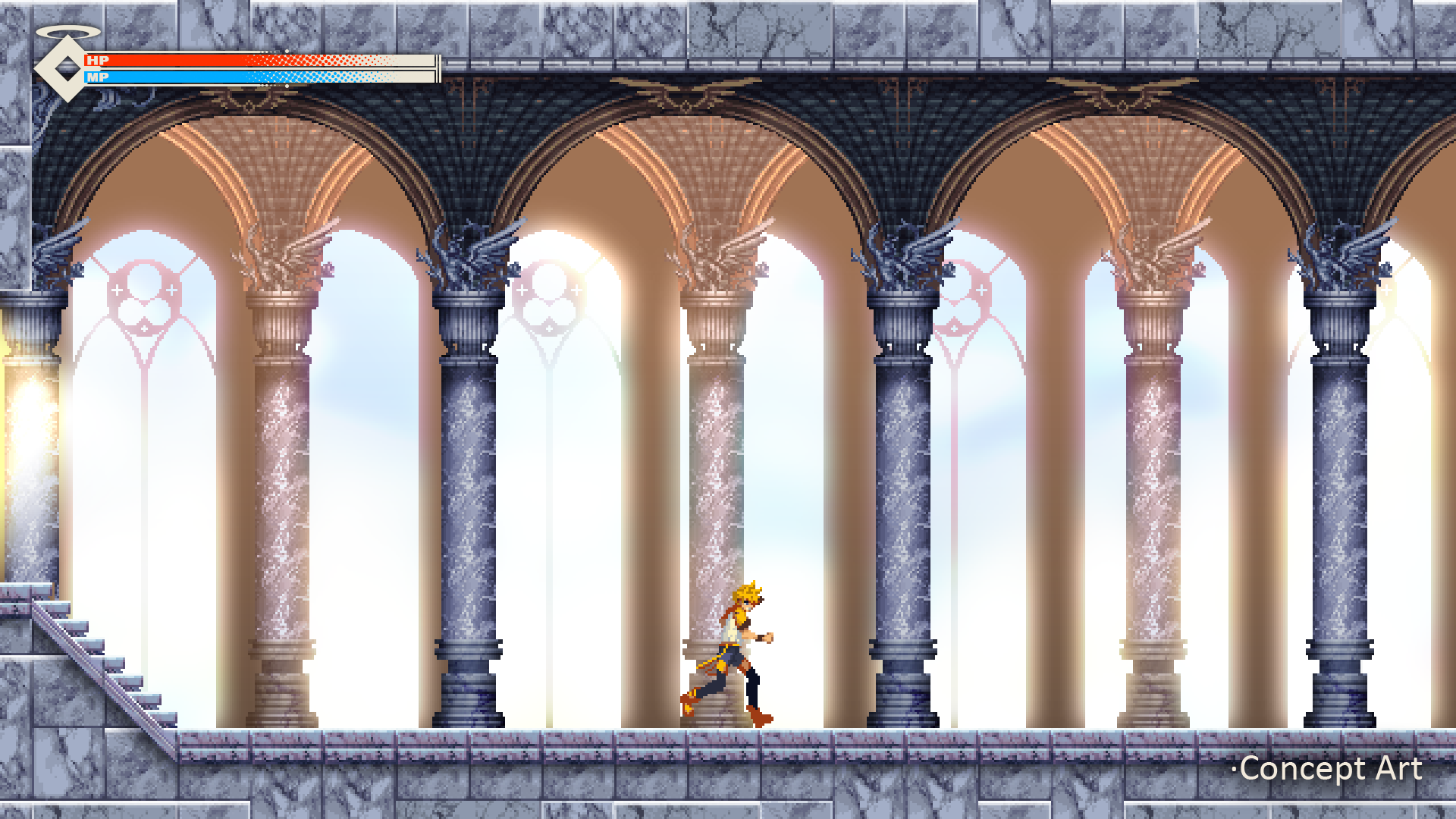 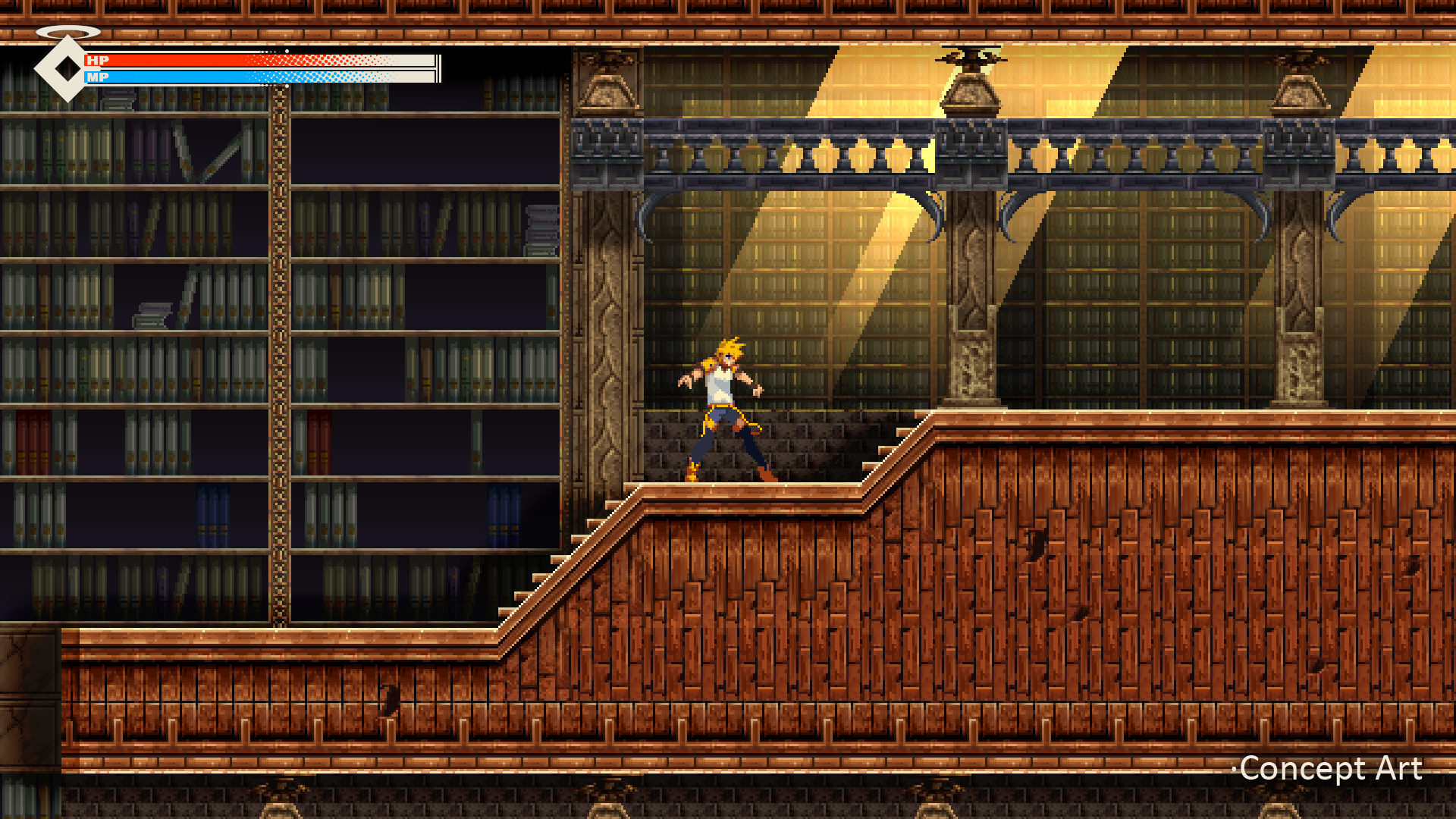 PG is an ARPG in Metroidvania style with some visual novel elements in some parts of the game.
Players will explore different areas of the whole map and unlock new abilities in order to gain access to new areas. 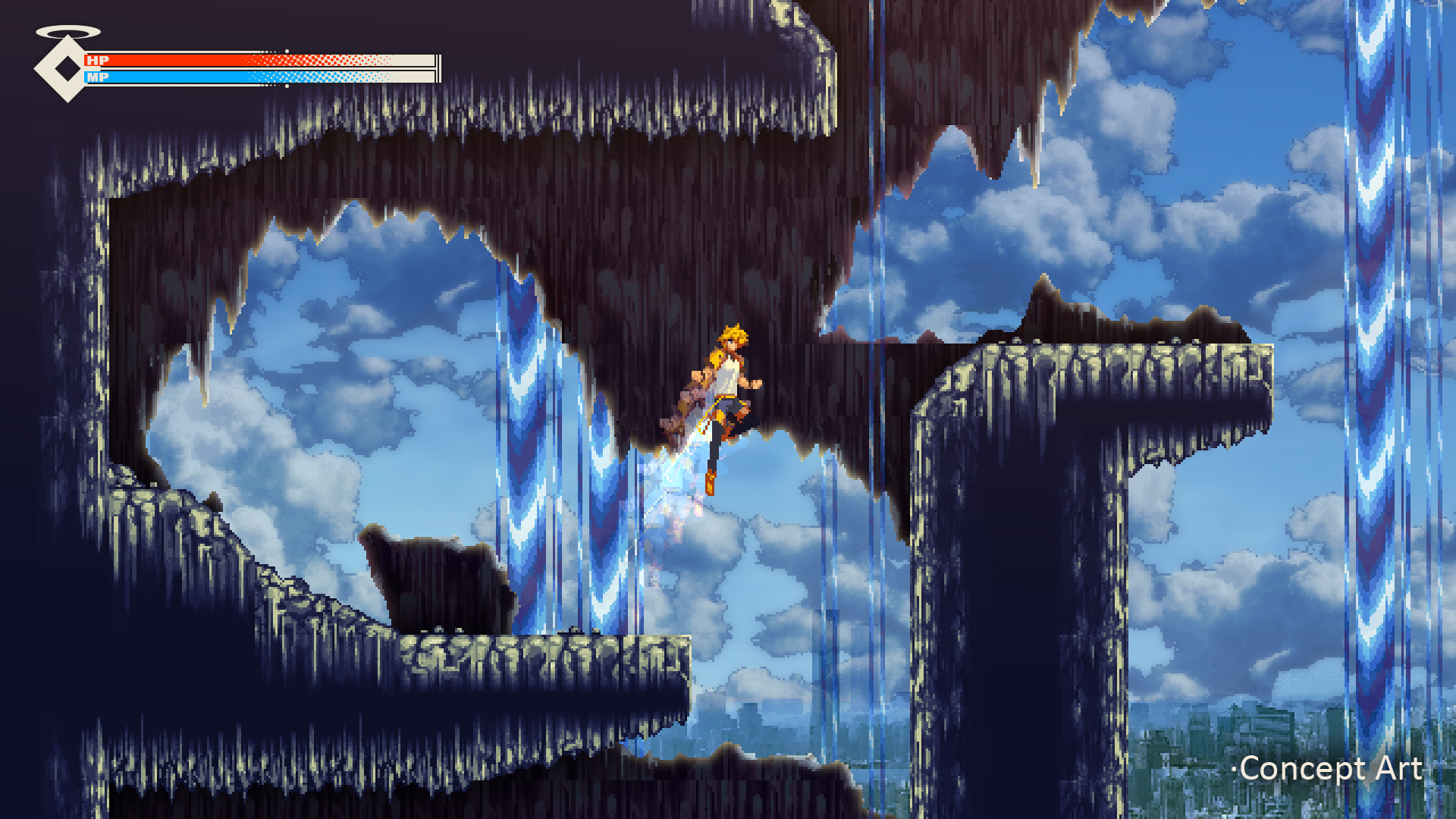 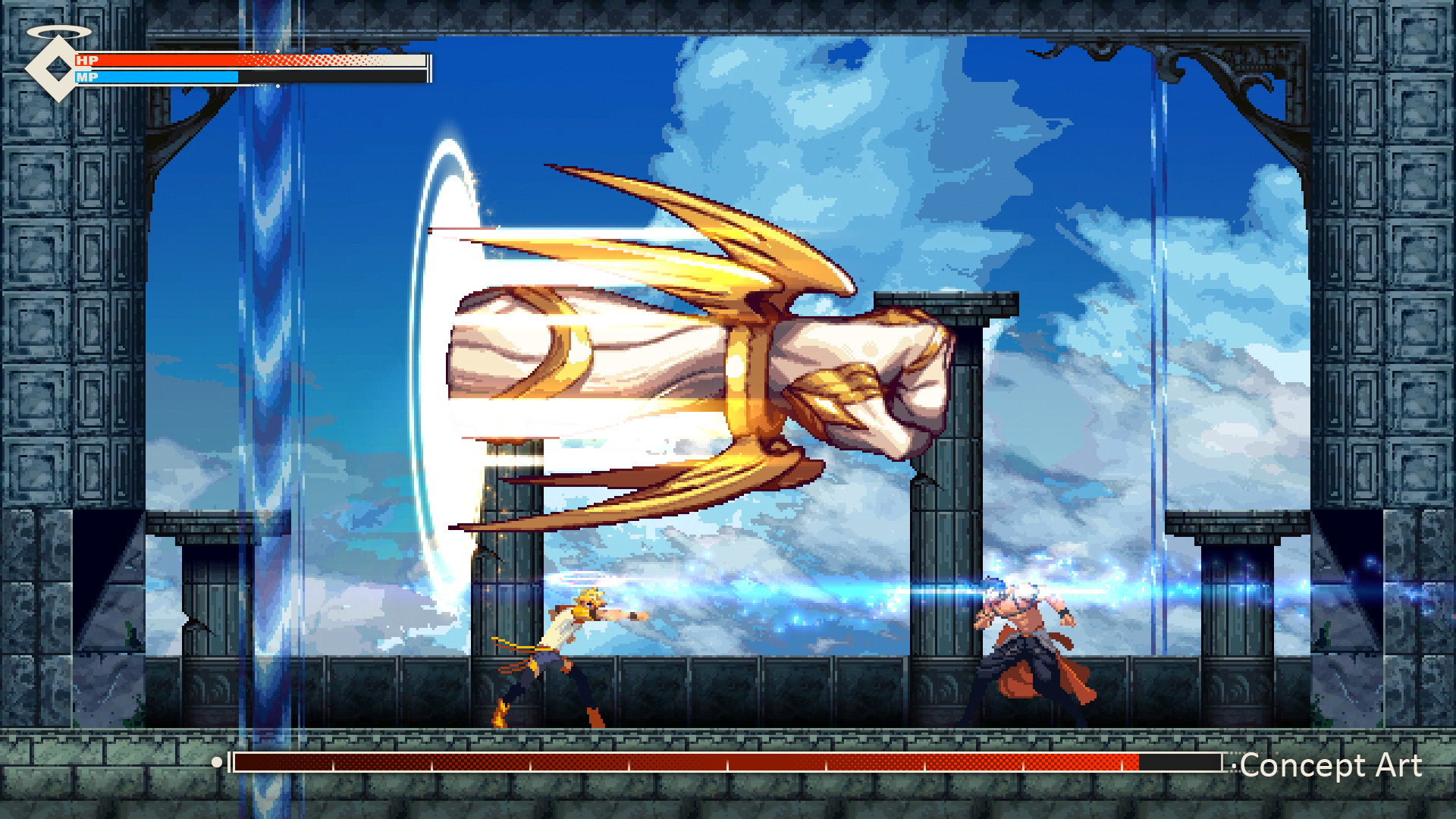 In this game, some bosses (main characters) gather in a specific room after they are defeated.
Players can challenge them again in a higher difficulty to gain bonus items or skills and sexual scenes as rewards. 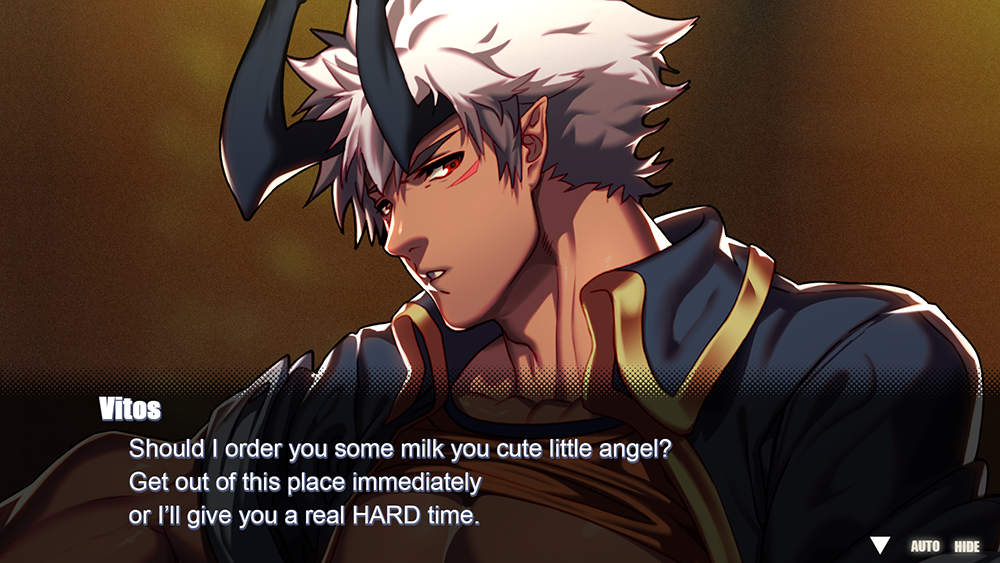 During the bonus sex scene, the game presents a visual-novel-like interface,
but there are no choices made nor different routes.
They would be presented with full-voiced scripts and some visual effects. 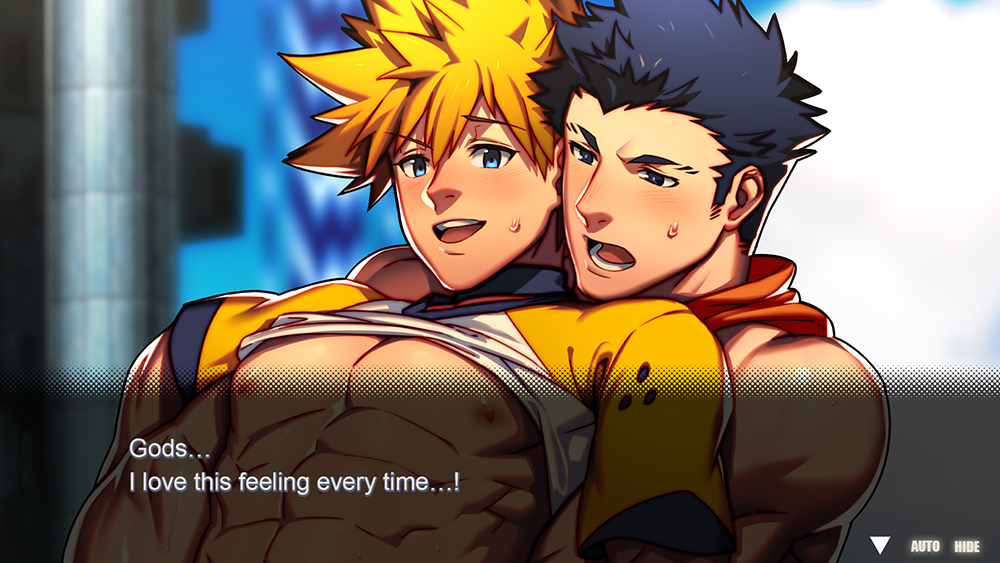