Get access to our Patreon feed, and Game Alphas!

Get access to our Patreon Feed and game Alphas

If you stay at this level for 2 months, you'll also gain early access to the public Beta demo!

If you stay at this level for 5 months, you'll also gain access to an exclusive Peace Island Postcard set, and an advance copy of the game, when it comes out!

If you stay at this level for 10 months, US residents gain access to the Peace Island art print!  (13 months for overseas patrons.)

If you stay at this level for 3 months, you'll also gain access to an exclusive Peace Island Postcard set, and an advance copy of the game, when it comes out!

If you stay at this level for 5 months, US residents gain access to the Peace Island art print!  (7 months for overseas patrons.)

If you stay at this level for 10 months, you will get your name woven into the story of Peace Island!

Hello, and thanks for checking out our Project!
Peace Island is an open-world, story-driven adventure game, currently under development for the PC, Mac, and Oculus VR system.

A mix of science fiction, alternative history, and mystery – the game's story unfolds from the perspective of the nine cats who call the island home, when they wake up to find their human companions gone.

“Peace Island” will be (as the name might imply,) a non-violent interactive story which will focus on discovery, atmosphere, and exploration, rather than combat. The player will have the opportunity to experience multiple divergent storylines, as they approach the ultimate decision:

“Are the humans worth bringing back?”

The game world of Peace Island is HUGE - containing no less than four major settlements, along with dozens of other locations.

We're trying to make Peace Island a TRULY open world- which means that every last structure on the island will be accessible!

These will include homes, shops, abandoned ruins, museums, and some that I don't even want to disclose here (SPOILERS...)  Each interior is being individually hand-crafted - we dislike cookie-cutter architecture in games as much as you do!

Peace Island is a project co-developed by two ordinary people in Portland, Maine:  Eric (a Line Cook) and Laura (a Social Worker.)  We worked on the project alone for 18 months on a TINY budget that allowed us to occasionally hire a coder or animator to assist us. 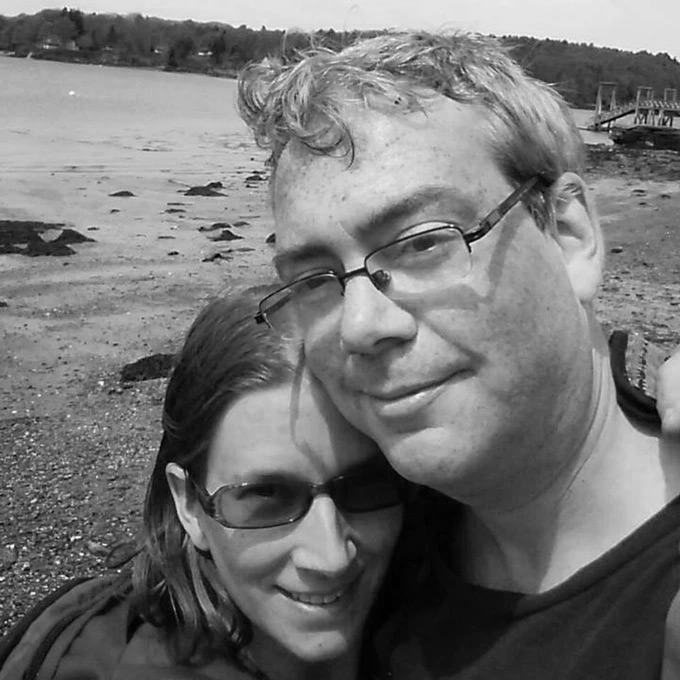 When word of the project got out, we were overwhelmed by the attention it received. Since then, it has been a rollercoaster of activity for all of us. 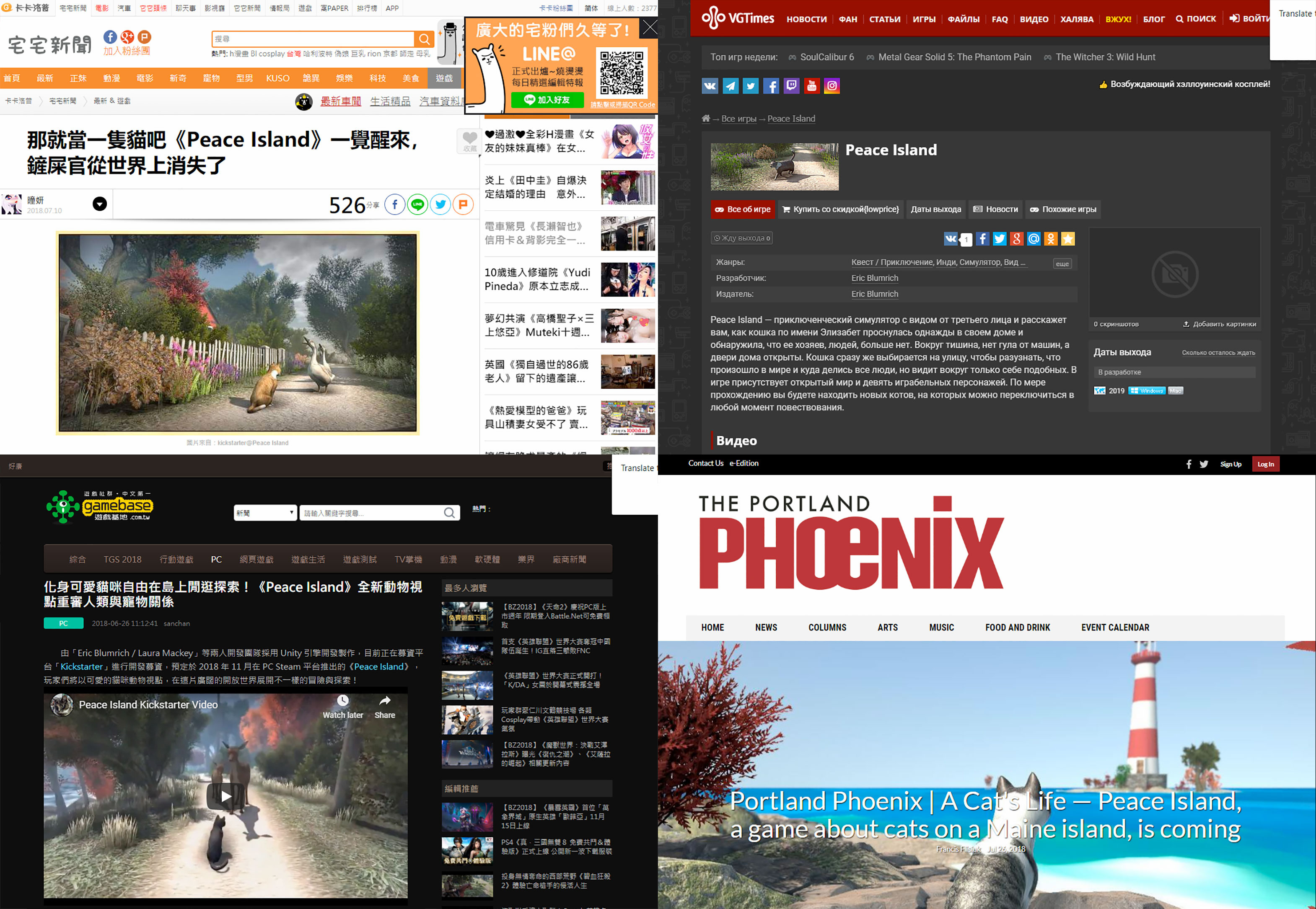 Peace Island has grown into a small, yet dedicated team, including alumni from Prune and Grand Theft Auto V.  We're committed to remaining faithful to the community that is funding the project: 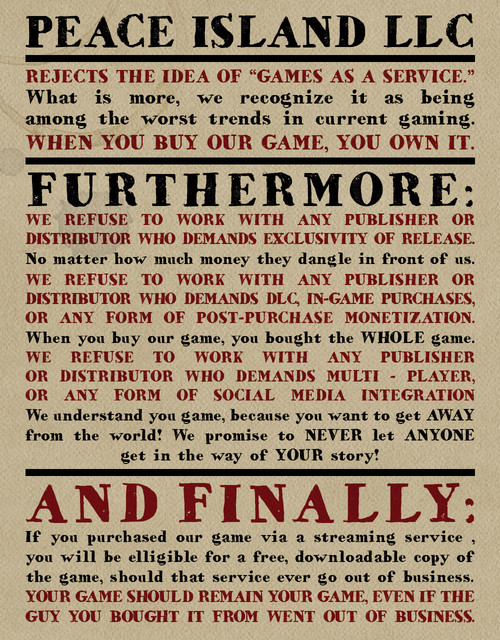 In creating this game, we're trying to expand the emotional palette of gaming, and bring a bit of creativity back to an industry obsessed with monetization, loot boxes, and exploiting properties that have long since ceased to capture the imagination.

WHAT YOU GET: Depending on the level of your pledge, you will gain access to exclusive premiums and preview Alphas of the game, as we get closer to general release. You can also get access to the full game, upon release!

You do NOT need to remain with our campaign for its full duration, to gain premiums!

IN OTHER WORDS: Once your patronage has reached 25 dollars in total, you will get the postcard set, access to the Beta, and the full game upon release, even if you cancel your patronage, the very next day.  The same rule holds true for other premiums, such as the Art Print, and in-game name mention..

Thanks again for taking the time to check out our campaign - I'll be posting project news, every few days - We hope you consider our work worthy of your support!

Unexpected expenditures can be taken care of, if they appear.