Perv3rsioN is creating content you must be 18+ to view. Are you 18 years of age or older? 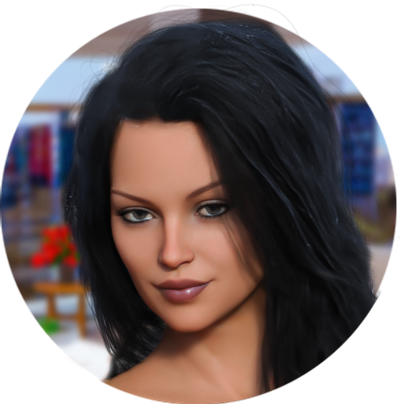 $2
per month
Join
Thank you so much for your support! 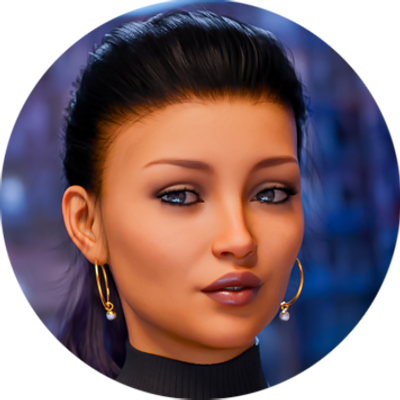 $5.50
per month
Join
Wow! Thank you for believing in the project! 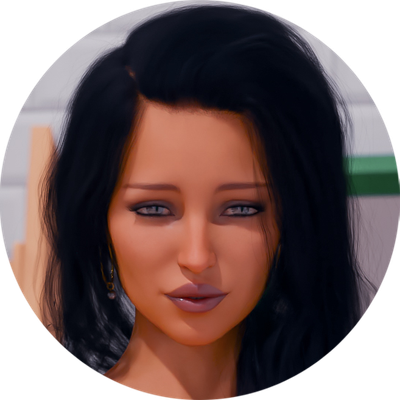 $11.50
per month
Join
Thank you so, so much for supporting the project! You rock!

Thank you for playing Duality!
This is my first project as a game developer.
It ain't much yet, but hopefully you'll get a nut or two out of it. ;)

Here's a few things to note:

- For the sake of including sexual content on release, the game features some "late-game" content, but it's missing some scenes that would lead to it. In the future, characters will be developed in a more linear manner.

- While the game is sandbox in nature, girls will have a story on top of their daily routine, that will develop hand in hand with their relationship with you. As you increase their stats, new scenes will unlock at key points of a girl's relationship, reflecting their feelings towards you, whether good, bad or lusty. *Currently there is only 1 scene of this kind (Ruca's afternoon scene) but even that one is unfinished and under-developed. I plan to have 10-15 story scenes per girl.

- All scenes will evolve depending on the girl's relationship with you. For example, if a girl didn't welcome your advances early on, she might once her feelings are high enough. With high respect, she may simply not fight back, or if her perversion is high she will give in to temptation. Of course this will depend on the girl's personality; a shy girl will react differently compared to a bold one or a promiscuous one.

- Players will have a HUGE impact on the development of the game! I will often discuss ideas on Discord and use Patreon polls to pick which content comes next. And for high tier patrons, polls to help me decide which scenes to make for the girls. But even if you're not a patron, I value your feedback immensely! Feel free to report bugs and suggest your ideas on the Duality Discord! :)

- I started this game with no knowledge whatsoever in programming, 3D art, writing, and pretty much every skill involved in making this game. Now I'm much better then when I started, and this shows in the game. Earlier scenes are lower quality compared to the latest ones. Future scenes will of course be of even higher quality, as I keep progressing my abilities.

IF YOU WANT TO SUPPORT ME <3

I'm hoping to make adult game development and 3D art my full-time job, and so far that's how I've approached this project.
Even though I'm still no-where near where I want to be in terms of skill, it would mean the world to me if you joined me in this journey.
A simple like or comment keeps me greatly motivated to achieve my goals and make the game better.

And if you REALLY like the game and want to support me financially, the best way to do so is subscribing on Patreon.
Currently I have no source of income. :(
I am fortunate enough to be able to give this little "dream-job" of mine my best shot for now, but obviously a time will come where I'll have to provide for myself.

Hopefully by then the game will be profitable enough to sustain my modest lifestyle, and maybe, in due time, even build a dev team!


TAGS THAT WILL *NOT* BE INCLUDED.

NTR: There are currently no other male characters in the game beside the MC. I have no plans of adding any for the time being, so NTR won't be part of the game. (I'm planning to include lesbian scenes for all characters, but I don't think that's considered NTR, right?)

MALE on MALE: I have no interest in M/M content. Despite that, I would like to include a Futa type character at some point and I *MIGHT* decide to go in the femboy/crossdressing direction with it. Of course, if and when the time to make this character comes I will poll players to fine tune the details.

SCAT (Feces): I can't do poop stuff, guys... it's too far even for me. Piss on the other hand, will be included in a few scenes.

FANTASY: The game takes place in "the real world" and so fantasy-related tags wouldn't make much sense. I might include some through the MC's imagination/dreams or drug-induced hallucinations if there's enough demand.

"PATREON UNFRIENDLY" TAGS: For the sake of keeping this game on Patreon I won't include any content that violates the ToS of Patreon. *PLEASE NOTE THAT UNOFFICIAL CONTENT, MADE BY PEOPLE NOT AFFILIATED WITH ME MIGHT INCLUDE SUCH TAGS. THIS IS OUTSIDE OF MY CONTROL AND I DO NOT TAKE RESPONSIBILITY FOR IT.

More commonly appealing tags will likely be added first, whereas very niche tags will be made later.


THANKS AGAIN FOR PLAYING  <3  MUCH LOVE!

Within a couple months of reaching this goal, I will probably have recouped all development costs! Awesome!

This money will also go a long way towards purchasing new 3D assets for the game.