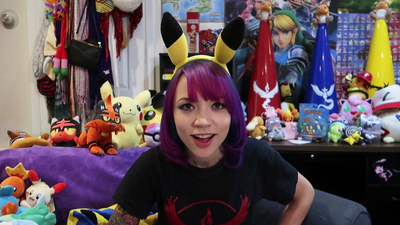 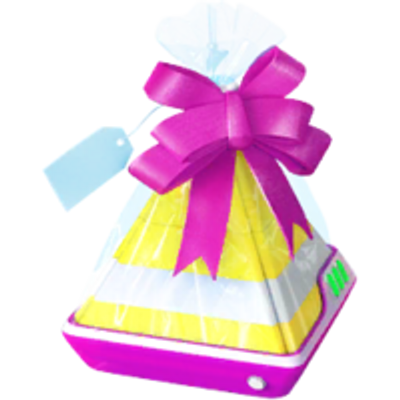 These Patrons will be added to my Pokemon GO Friend List! This Tier is limited to 25 Patrons due to limited space on my Friend List! The 25 slots are available on a first-come-first-serve basis! If the 25 slots are full, please check back next month to see if there are openings! Being in this Tier does not guarantee I can send you a gift or open your gift every day. I will send you gifts and open your gifts as often as possible! Your Patronage is huge help to me, and helps me put money into content creation for my channel. Thank you for supporting me and my channel!!!

Hey! My name is Holly Patterson; Pokemon Masters know me as PkmnMasterHolly! I have been a Pokemon fanatic since the first Pokemon game came out in the United States in 1998. Ever since then, I have been on a quest to catch them all and be the best Pokemon Master! I have played every generation of Pokemon game & continually look forward to new Pokemon game releases.  I love to grow my Pokemon collection for the Trading Card Game, plushie toys, figurines, posters, keychains, game cartridges, & more. I started playing Pokemon GO on 7/7/2016, and have not put it down since. I love photography, and I love Pokemon; so that was when I decided to combine my two passions! You will see on my Instagram page, that as soon as I began Pokemon GO, I started taking AR photographs and uploading them there to share with the world. At the time that Pokemon GO came out, I was still in school earning my Bachelor's degree in Psychology with a minor in Cognitive Neuroscience at Temple University. I worked hard, and finally just graduated from Temple University this August 2017 with a 3.5 GPA. Around the time that Pokemon GO Fest was announced, I realized that there were so many Pokemon fans that I still wanted to show my AR photography to, so I decided to start a YouTube channel on June 28th, 2017 to bring people together. Shortly after that, raid battles were announced, and raids quickly became another favorite activity of mine for Pokemon GO. Covering Pokemon GO with my YouTube channel has turned into my #1 passion, blending my love of photography, psychology, people, and Pokemon in one.

Please help me continue on my quest to be the best like no one ever was; I would love to have you be part of our adventure!!

200 - reached! patrons
When I reach 200 Patrons, I will start monthly scheduled Patreon group chat hour sessions. Every month I will set a time for all Patrons to gather on our Official Discord, for us to all talk together. Sessions will last roughly an hour. It will be a time to discuss anything and everything Pokemon GO within our Official PkmnMasterHolly Patreon Community!
1 of 1