per Art piece
Become a patron

A few basic things you should probably know about me. I’m fourteen, a self-taught artist, and I live in Austin, Texas. As a new(ish) resident of this city and state, I have learned two things:
One, when people say, ‘Don’t mess with Texas’, DON’T mess with Texas.
And two, when you believe in something, believe strong.
One thing for both the years I’ve lived here so far. Growing up in this world gives me the opportunity to be able to share that view with others, like you! I want to make a change by donating half of the money I get to charity. In a world as influential and diverse as today, the artwork produced from it can make a big difference. 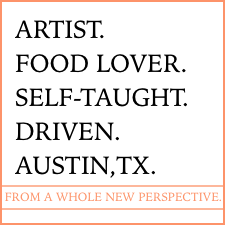 $45 of $500 per Art piece
My goal is to earn $500 as a minimum for the month. Half of my earnings will always go to charity and I hope to make a difference in many local (and non-local) non-profits!
1 of 1