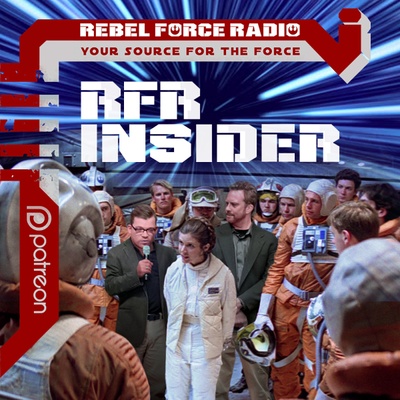 Welcome to the RFR Patreon Community! At this tier, you’ll get access to our Patreon-exclusive private RSS Audio Code that you can insert into the podcast player of your choice. This will bring you exclusive programming like RFR Q&A, ad-free RFR YouTube audio files, higher quality Weekly RFR Hi-Fi mp3 files, early bird offers, giveaways, RFR Ringtones, early access to RFR events, and more. 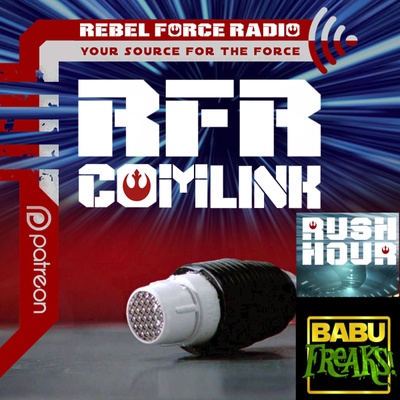 $5
per month
Join
or save 10% if you pay annually
Access to our new Patreon-exclusive show RFR COMLINK, BABU FREAKS: THE PODCAST, RFR BONUS specials and all 50 episodes of now-retired RFR RUSH HOUR featuring Jimmy Mac talking to Jason on his ride home from work in the greater Cleveland metropolitan area! Plus, you get all the benefits of the RFR INSIDER tier! 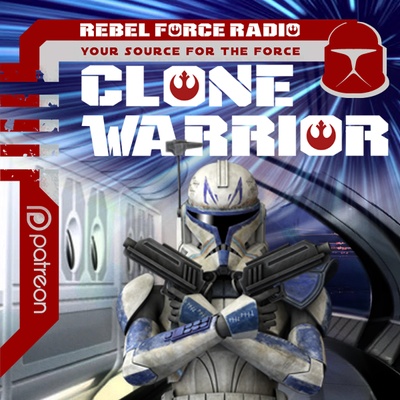 $10
per month
Join
or save 10% if you pay annually
Access to remastered episodes of CLONE WARS: DECLASSIFIED  featuring "The Filoni Files".  Episodes are uploaded on a regular basis, and when every episode is eventually posted, it will be the best and easiest access to our complete run of CLONE WARS ROUNDTABLE discussions, featuring special guests and surprises! Plus, access to STAR WARS OXYGEN REDUX - Now a Patreon Exclusive!  Also included in this tier is access to RFR INSIDER and RFR RUSH HOUR benefits!

For almost 15 years, Rebel Force Radio has been offering the best in news, commentary, opinion, interviews, comedy and discussion about the STAR WARS films and universe. RFR is hosted by hardcore STAR WARS fans Jason Swank and Jimmy “Mac” McInerney and supported by a loyal base of fellow fans. Rebel Force Radio frequently appears topping the podcast charts of iTunes, Pandora, Spotify, Player FM and Stitcher. Over the years, the show has been nominated and won several awards and has caught the attention the mainstream media with features about the show and its hosts appearing in Entertainment Weekly, Bloomberg BusinessWeek, Chicago Tribune, L.A.Weekly, The Guardian, IGN.com, Star Wars Insider, Yahoo! Movies, and more.

So we're sure you want to know why Rebel Force Radio is launching a Patreon, and the answer is simple. This is an amazing time to be a STAR WARS fan, with five new films since 2015, exciting live-action streaming series THE MANDALORIAN and more on the way, and the return of THE CLONE WARS.  This influx of new entries to the STAR WARS saga means that Rebel Force Radio will continue to provide more of our already exhaustive coverage of all things STAR WARS. This Patreon helps RFR create even more STAR WARS based content for YOU! This is the home of our popular series of exclusive programming like Full Show Video,The Babu Freaks, Star Wars Oxygen Redux, Clone Wars: Declassified Remastered, RFR Q&A (NOW WEEKLY), and other amazing ALL ACCESS features for your enjoyment.

We love and appreciate all of our listeners, and we will be extremely grateful for the support. And remember...

The Force will be with you, Always.