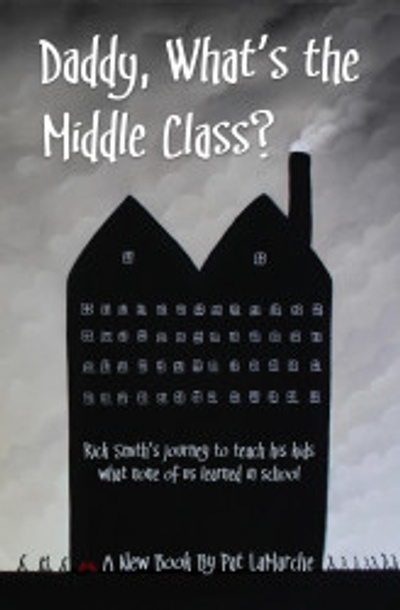 $15
per month
Join
$15 A hand written Thank You from Rick, an On Air Shout out, a Union Made Rick Smith Show Bumper sticker, plus a copy of our book. Daddy, What’s the Middle Class?

We are at a pivotal moment in our nation’s history. Unions, and the concerns of the American worker, are no longer a dominant part of our media landscape. We are being silenced, as one-by-one progressive radio programs die due to lack of support. But we have the chance to change that.

Now more than ever we need to give a voice back to the working people!


“With passion and conviction, The Rick Smith Show breaks down issues and defines what's right, what's wrong, and what needs to be done to improve the lives of workers in Pennsylvania and across America.” -David Fillman, Executive Director of AFSCME Council 13

For more than a decade, the Rick Smith Show has brought labor-centric, progressive issues to the forefront of television and radio, all from one of the reddest areas north of the Mason Dixon line. The show has unified our political leaders, activists and citizens across the country, giving them a voice and a platform to lift up their issues.

Now entering its 13th year, The Rick Smith Show has grown from a single station to being seen by 40 million Americans on Free Speech TV and heard on 10 terrestrial stations, carried by numerous internet outlets. The show was also named one of Podbean.com’s Top 10 News and Politics podcasts where it has received more than 1.5 million plays!


"The Rick Smith Show is an indispensable source of news for working families and anyone who cares about the future of the middle class in America."—Former State Senator Rob Teplitz


As the host of the Rick Smith Show, I can tell you that I care deeply about the news and trends that affect us all—from worker’s rights overseas to bread-and-butter issues right here at home. I am one of the very few talk radio hosts left who can say that I am unabashedly pro-union and am committed to giving you a voice in today’s media landscape.

But I cannot do it alone. The Rick Smith Show will not exist without your support.

52% complete
In 2017, when we made the leap from radio to television we purchased a good functional camera to get the best possible picture for a reasonable investment. Once we reach this goal we will purchase a high quality professional studio camera that to enhance the video and audio quality for a better viewing experience.
2 of 2