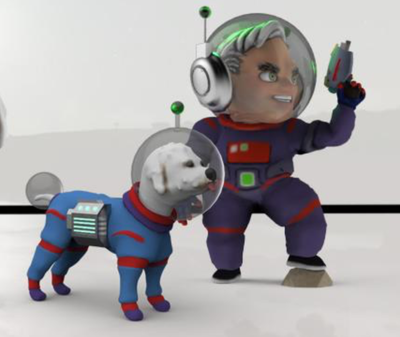 $2
per month
Join
My stalwart companion, Gilbert the Bernedoodle, a Space Dog, a Gilberian from the Planet Gilbaar, created this tier specifically so anyone could contribute to Robservations, knowing Gilbert could then earn enough money to have the means of replacing any of my on-set action figures he may have "accidentally" chewed into oblivion. Gilbert thanks you for your contribution and hopes I give him a bigger part on the show. He does want everyone to know he co-stars in the upcoming SPACE ROB mobile game.
Visionary 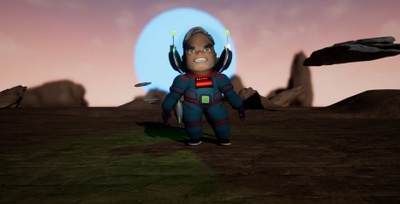 $10
per month
Join
This entry level will allow Robservations to grow into the show I can not only see in my mind's eye, but head in the direction all Imagination Connoisseurs want to see, covering the Universe of all things supremely geeky. At this tier, only members will be allowed to participate in an exclusive monthly question and answer session where I'll record a special show made up only of questions asked by Patreon Supporters.
RIPPED WITH ROB Exclusive Live Chat!!! 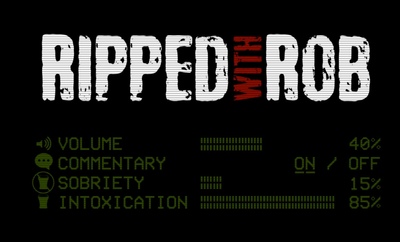 Twice a month, get an exclusive, PATREON-ONLY interactive Live Chat where I will sit down and share stories and answer questions while consuming copious amounts of alcohol. Let us swap tipsy  stories of deeds both great...and not so great...together.

For the past 30 years, filmmaker Robert Meyer Burnett found himself traveling the globe participating in just about every aspect of the film industry. Beginning as a Production Assistant on New Line's Leatherface: The Texas Chainsaw Massacre III, he soon found himself as one of the first Management Trainees under Warner Brothers Senior Vice President of Production Bill Young, allowing him to observe feature film production from the very highest level of a major motion picture studio. For two years, he worked on every feature film the studio produced.

He later brought his knowledge to Tony Gardner's Special Makeup Effect shop, Alterian Studios, working on the likes of Army of Darkness, Cast a Deadly Spell, Sleepwalkers and the Swamp Thing television series.

Burnett made his feature directorial debut with the 1999 award-winning cult favorite Free Enterprise, starring Emmy-Winners William Shatner and Eric McCormack, which he also edited and co-wrote. It took Best Feature and Best Screenplay at the AFI FEST. and went on to win festival awards throughout the world.

Beginning in 2000, he began writing, shooting, producing and directing content for special edition DVDs and eventually Blu Rays. His award-winning work appears on the discs for Fantasia, The Emperor's New Groove, Snow White, Tron, Valley Girl, Star Trek V and Shoot 'Em Up. In 2002, he formed his production company, Ludovico Technique, LLC, specializing in overseeing the content creation for huge, overseas productions. Ludovico spent months, and sometimes years at a time, in both New Zealand and Australia, embedded in such productions as The Fellowship of the Ring, The Two Towers and The Chronicles of Narnia: The Lion, The Witch and The Wardrobe. Burnett also teamed up with acclaimed director Bryan Singer to create the Special Editions for The Usual Suspects, X-Men, X2 and Superman Returns.

In 2009, Ludovico developed and produced its first feature film, The Hills Run Red, in association with Warner Premiere and Joel Silver's Dark Castle Entertainment with Burnett as producer.

He went on to direct and edit five episodes of the HBO/Cinemax Late Night anthology series Femme Fatales.

From 2012 thru 2014, Burnett, wrote, edited and produced over 50 hours of additional programming for the HD restoration Blu-Rays for Star Trek: The Next Generation and Star Trek: Enterprise. The seven seasons of TNG won 2 Saturn Awards.

2016 saw the release of two features he's edited, the Netflix time travel thriller Paradox and the Lifetime mystery I Know Where Lizzie Is.

He's recently completed editing the serial killer drama My Eleventh and is currently producing and editing the comedy Tango Shalom.

From April, 2015 through July, 2018, he appeared as a permeant guest on the YouTube show Collider Heroes. In August he began appearing on The Weekly Hero with YouTube personality John Campea.