- Stay up to date on comic progress 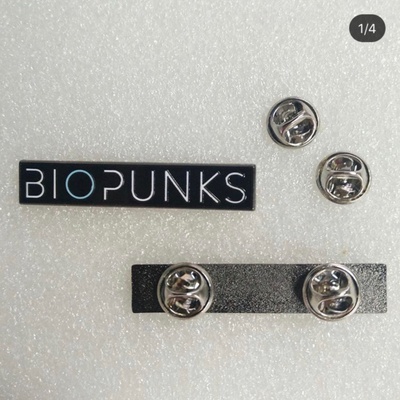 $5
per month
Join
or save 16% if you pay annually
- Everything from tier 1
- Artwork updates, including sketches and designs throughout the creation process
- Digital copy of new issues
- BioPunks Logo Pin 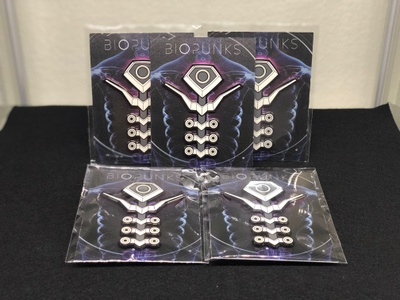 $10
per month
Join
or save 16% if you pay annually
- Everything from tier 1 & 2
- Monthly vlog/behind the scenes updates of creating comics
- Exclusive Glow In The Dark BioPunks Spinal Core Pin! (might come in handy one day 😉)

Hey guys! I'm Royce. I'm a filmmaker who writes comics in my spare time. My journey began with my first comic book series, BioPunks, that follows three physically altered characters, Nya, Kaden, and Otto, in the aftermath of an experimental medical procedure that gives them special powers. Now a mysterious force hunts down our three heroes for the source of their power, The Spinal Core. A proactive goal for this project is to put characters of color at the forefront of a sci-fi action series.

The response to my initial release of BioPunks was so overwhelmingly positive that I was determined to keep the series going. Now I’m working to produce a high quality volume for people to enjoy.

Of course I couldn’t stop there. I wanted to continue the push for inclusion within the indie comic industry by created my second comic book series, Legend of Althea, about a young girl named Althea who has the ability to heal people, but at a great cost to herself. This story is geared towards teens/young adults still trying to figure out life.

A side endeavor is to also turn these properties into an animated series. Hopefully I'll have more to reveal at a later date.

Your support will go towards the continued production and distribution of my current line, and future comics. In return for your support, I'll hook you up with some cool rewards like: updates on issue developments, early access to new book releases, limited edition prints, your name in the patron section of our website (still in development), and a first look at our animated trailer if we get to that point!

We were also mentioned on Ellen for BioPunks! Click the link to watch the video: https://www.instagram.com/p/BrGVQDvBu8E/