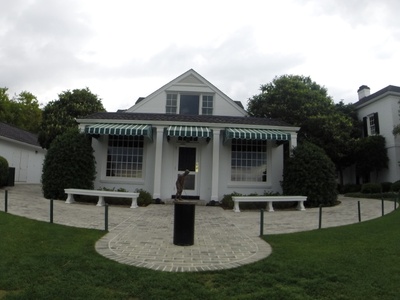 Exclusive year-round coverage of the Masters and majors.

Covering golf and the Masters Tournament for nearly a quarter century has earned more than just 10 first-place writing awards from the Golf Writers Association of America including the only "career slam" in news, features, columns and special projects. It's been an experience, chasing down the stories of Masters champions and other golfing legends in places like Argentina, South Africa, Australia, Europe and Milton, Fla. It's spending hours in the back storeroom of a Villa Allende bodega sitting across the table from Angel Cabrera while dozens of his closest friends hover all around during the interview -- picture an FBI agent in the backroom of Satriale's interrogating Tony Soprano with Sylvio, Paulie, Christopher and Big Pussy ready to end it with one wrong question. It's veering off the runway at a rural airstrip in Vereeniging, South Africa, so Charl Schwartzel can point out the rinkhals snake coiled to strike by spitting its venom at the windows with deadly accuracy. It's waiting for Phil Mickelson to clear out the McDonald's trash wrappers from the passenger seat to make room for an interview in his Ford pickup. It's stumbling across Tiger Woods alone on the back of the range on a Monday evening at Torrey Pines and getting an impromptu 30-minute one-on-one for which you never thought to prepare. It's spending three hours in the living room with an 86-year-old Sam Snead when he challenges you to hit him as hard as you can in the stomach to illustrate how fit he still was. It's walking the fairway with an 18-year-old amateur Sergio Garcia in his first American start in a pro event and 20 years later sitting down in his in-law's living room taking about winning the green jacket. It's playing a par 3 with Annika Sorenstam only to have Alice Cooper steal your golf ball and lie about it. After so many years covering golf for the Greensboro News & Record and the Augusta Chronicle, it's time to continue the adventure telling those stories while cultivating my own patrons for exclusive golf coverage focusing on the season's first major championship.
By becoming a patron, you'll instantly unlock access to 60 exclusive posts
80
Images
10
Writings
By becoming a patron, you'll instantly unlock access to 60 exclusive posts
80
Images
10
Writings