Senryu-Sensei is creating content you must be 18+ to view. Are you 18 years of age or older?

Basic Tier!
- Thank you for supporting me!
- You can now access the patreon feed! Stay up-to-date with the development process!
Includes Discord benefits

Uncommon Tier!
- a Bigger Thank you for supporting me!
- you can now access the patreon feed!
- you will get the latest version of the game Before everyone else.
Includes Discord benefits

Rare Tier!
- All of the Above!
- Naked / Sex event images preview!
- you will get access to special poll, regarding the progression of the game, and what game i'm going to do next!
Includes Discord benefits

Hello World!
Recently, I've seen a lot of people starting their own H-RPG projects, and some of them are Really good....but....most of them, use 3d models from Daz and such, so, in the end, their images looks really alike ( but I'm not complaining, REALLY! I like them all!);
so I thought : Why not try to do a game "old style", with drawn images?
And so, Here I Am! 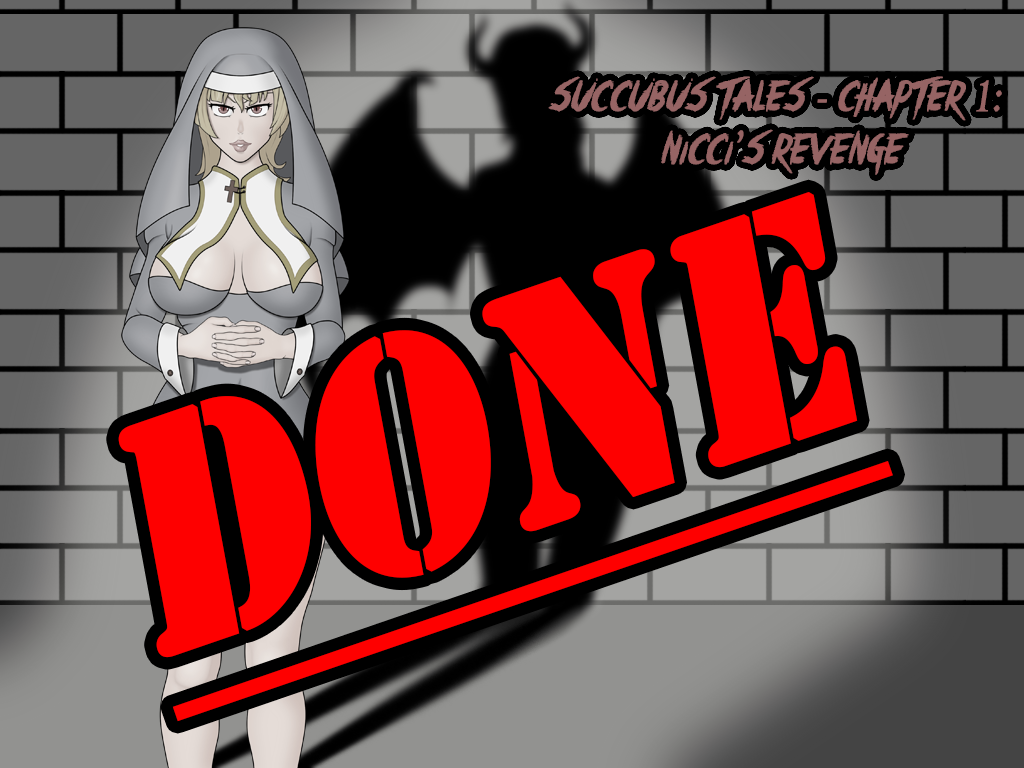 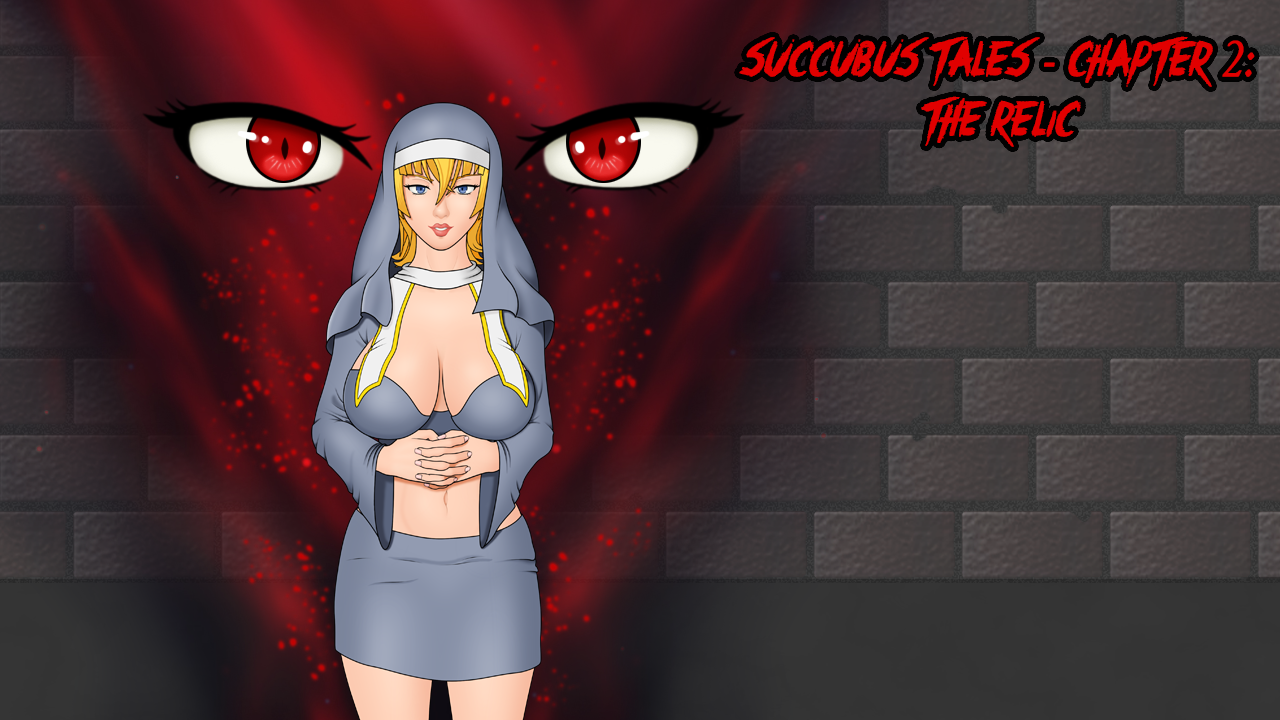 Right now, Chapter Two is still on a really Early stage, while Chapter One is complete!

A little introduction about the game:
Warning, what I'm about to say is a spoiler from the game's intro, read at your own risk!
Succubus Tales is an Adult Games series, made with  From chapter two and forward, the game is made in RPG Maker MV!
its story revolves around Nicci, a powerful succubus, who, after being betrayed by her "boss", an even more powerful Demon Lord, is forced to fight a group of exorcist.
After the battle she's about to die, and so her only way to survive is to transfer her soul inside one of the exorcst's body, a nun to be precise, and take control of it.
To make sure to not leave any trace behind, she have to leave her own village, and burn her house.
After a long travel she reach, exhausted, a remote village, where she plan to regain a portion of her lost energy due to the soul transfer and start her revenge!
To regain her lost energy she need to spread corruption and lust among villagers ( but of course, she's a succubus after all!)
And this is the "plot" of chapter one"!
Following below there are screenshots and some more info on the game: 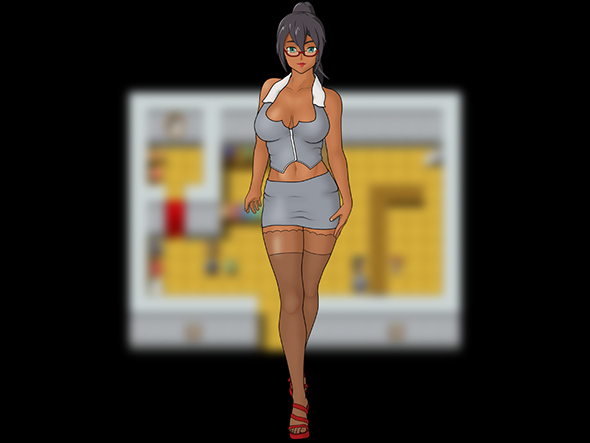 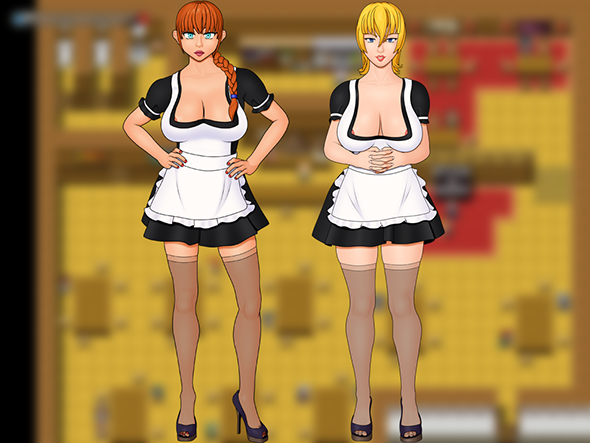 And my game won't have only drawn images, but custom-made portrait and sprite too!
(not all, of course, but a lot of them! The numbers of custom-made ones is incresing between every update) 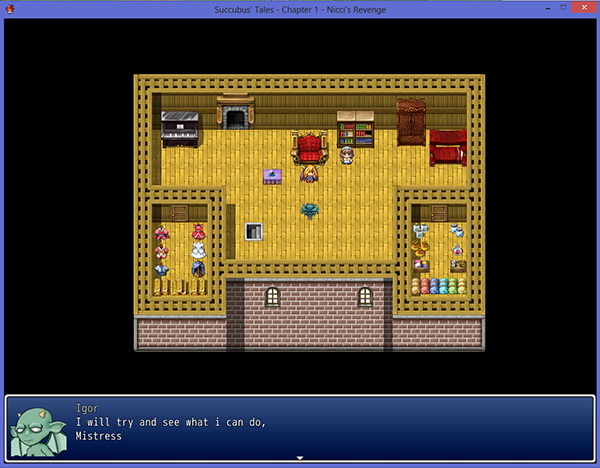 That's a pretty good thing, right?
As for the "Gameplay style", I'm taking inspiration from games like Village of Nightmare.
Anyway, this is my VERY first try at both drawing and creating a game, so, I know, it probably won't be the BEST game Ever, but I hope to get better as time pass =P
For Example,just by playing the game from the start to the end of the current public version, you can clearly see how my art style improved a bit...(Ye, I know, at some point I'll probably need to re-do all the pics from the intro)
And, since English is not my mother/main language, feel free to correct me on any wrong spelling or sentences, you're more than welcome to point them out! 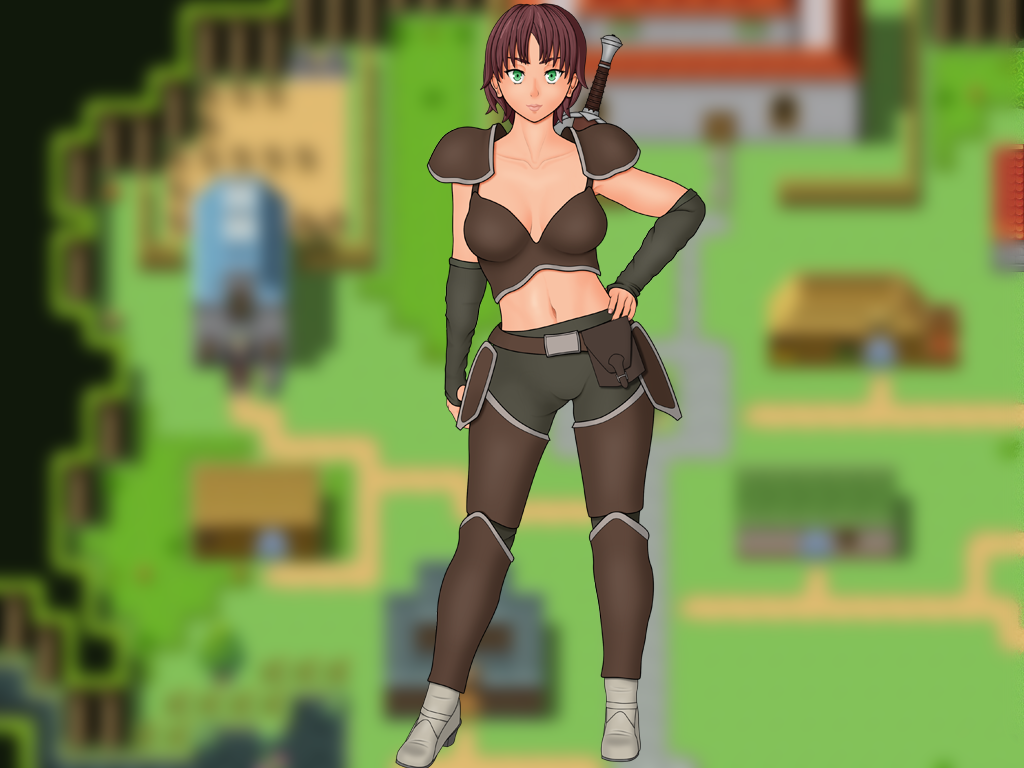 So, now the Big question:
Why should you become my patreon?
Because it's simply the best thing to do if you like my game and want to support me, speed up the progression process, and, of course, keep me motivated!

- added last chain event and epilogue to the game;
- added 3 new standing pictures for Daliwyr as both human and demon;
- added standing pictures for two new characters introduced in the epilogue;
- 36 new images for sex sequences
- as always, a Great thanks to Hoboy for his amazing job at proofreading the game!

LINK (For windows AND android)

The first and Most important change:
- The game has been ported from "RPG Maker VX Ace" to "RPG Maker MV"!
- So, MV HAS an option to port games for Android, but it doesn't really work...yeah... (-.-)'
Damn you Kadokawa!
But luckily I found an Ultra-detailed guide on how to do it properly, using Android Studio.
I wanted to port the game for Mac too, but after checking rpgmaker forum, it seems like the only way to do it is to make the game directly from a Mac, because Windows doesn't really know how to handle mac's files;
so for obvious reason, I just can't do it, sorry.
- So the game is now available for Both Windows and Android!
Now to the game!
- The first noticeable change is the aspect size! Vx Ace run on a 4/3 aspect ratio, but here I opted for a 16/9, increasing the size to 1280x720!
- Reworked the main menu screen, it's now Animated!
- I've remade and visually improved a total of 48 maps!
I've tried to make the general view more..."appealing", by creating better buildings, adding a couple of details here and there and such;
- I've recoded ingame All the previous events, that's around 40 events + variation!
I had to edit some of the old images to better fit the new window's size.
- For the characters' sprites, for most of them, I've just scaled them up (MV uses a different size ratio than Vx Ace), but where the result wasn't much good, I've remade them directly in MV.
New Events:
- First new event - with Mia, the barmaid (and Risa) - 18 images!
- Second new event - with Emily and Nicci, it's a repeatable event (After emily is fully corrupted) - 25 images!
- Third new event - with Juliette, the innkeeper - 22 images!
- Kristy - New outfit!
- As usual, a Big thank you to Hoboy for proofreading the game!
Script & Tilesets Credits:
VX ACE
- Multiple Event Self-Switch Control - by Nathanial B.
- Large Choices - by Hime
- Title Menu with images - by NerdiGaming
- Button Common Events - by Yanfly
- System Options - by Yanfly
- Picture Bug Fix - by Mithran
- Custom tilesets - by Ayene-chan and Candacis
- [VXA] Quest Journal  - by Modern Algebra
- CSCA Splash Screen - by Casper Gaming

Feel free to join my discord server, by clicking on the logo below!

Here is a little guide explaining how to get your Role reward on discord:
https://www.patreon.com/posts/how-do-i-get-my-19040791

As of November 2016, Patreon finally enabled the Charge Upfront option to almost Everyone, so I'm turing it On.
What does it mean?
1- for my old patrons / supporters, nothing will change, you will be charged at the first of the month, like usual
2- for new patrons, you will be charged right away for the current month.
This is a good thing for both of us, because, for example, if i release my new build around...20 november?
In the past, those people who pledged during the current month won't get the new build, because their pledged won't be processed untill the next month...
BUT, with the Charge Upfont, even new patrons will get it, because their plege go through ASAP.
BE WARNED:
I don't recommend to pledge at the end of the month, otherwise you will have to pay 2 times with a somewhat short delay...

$441.64 of $700 per month
Well, with this kind of income, I suppose it's time to "upgrade" the project, from Hobby to "Kind-of-a-Job".
What does it mean?
It mean that I'm going to work on it even more every day!
And of course, I can start to buy new assets for rpg-maker.