$1
per month
Join
or save 16% if you pay annually
You'll gain our outmost gratitude, unlock exclusive content and join our community of patrons. Thank you!

You'll get your own role and text color on our Discord channel!

Your name is added to the end screen of our streams and videos!

Access to our exclusive Junior Speaker Patreon feed - watch our mainline videos 1-2 days before everyone else! (RoaR, SoaR, Fall and Rise, and CoaR!)

Reports - Every now and then, updates are posted to the Patrons detailing what's been done, and what's coming up in the future!

In addition to this you'll get access to the Questions from the Syndicate channel on our Discord where you can send in questions and topics for the Speakers to discuss on the Post-Show every week!

Your name will be read out loud on air at the beginning of each podcast episode!

Also included is access to the #Patreon channel on Discord where behind-the-scenes stuff like script excerpts, upcoming episode teasers etc. gets posted!

Your role is also shown separately from others on our Discord channel - Fancy!

Also gives access to the #Patreon-Early-Access channel on our Discord server where you'll get early access to Minimum ilvl VoDs, Speakers of Hydaelyn, and the Post-Show!

$50
per month
Join
or save 16% if you pay annually
Get Supreme Speaker access on our Discord channel, which unlocks a chat channel and voice channel exclusive to Supreme Speakers.


In addition to the shiny title, exclusive chat channels, and the separate online status area, after 3 months you'll also get a Speakers of Hydaelyn MUG! Drink your coffee or tea in proper Speakers style!


This is the highest tier of support, and we're eternally grateful to anyone even considering supporting us with this tier.


Any and all content on Patreon becomes available to you. You also get priority in Q&A Sessions. 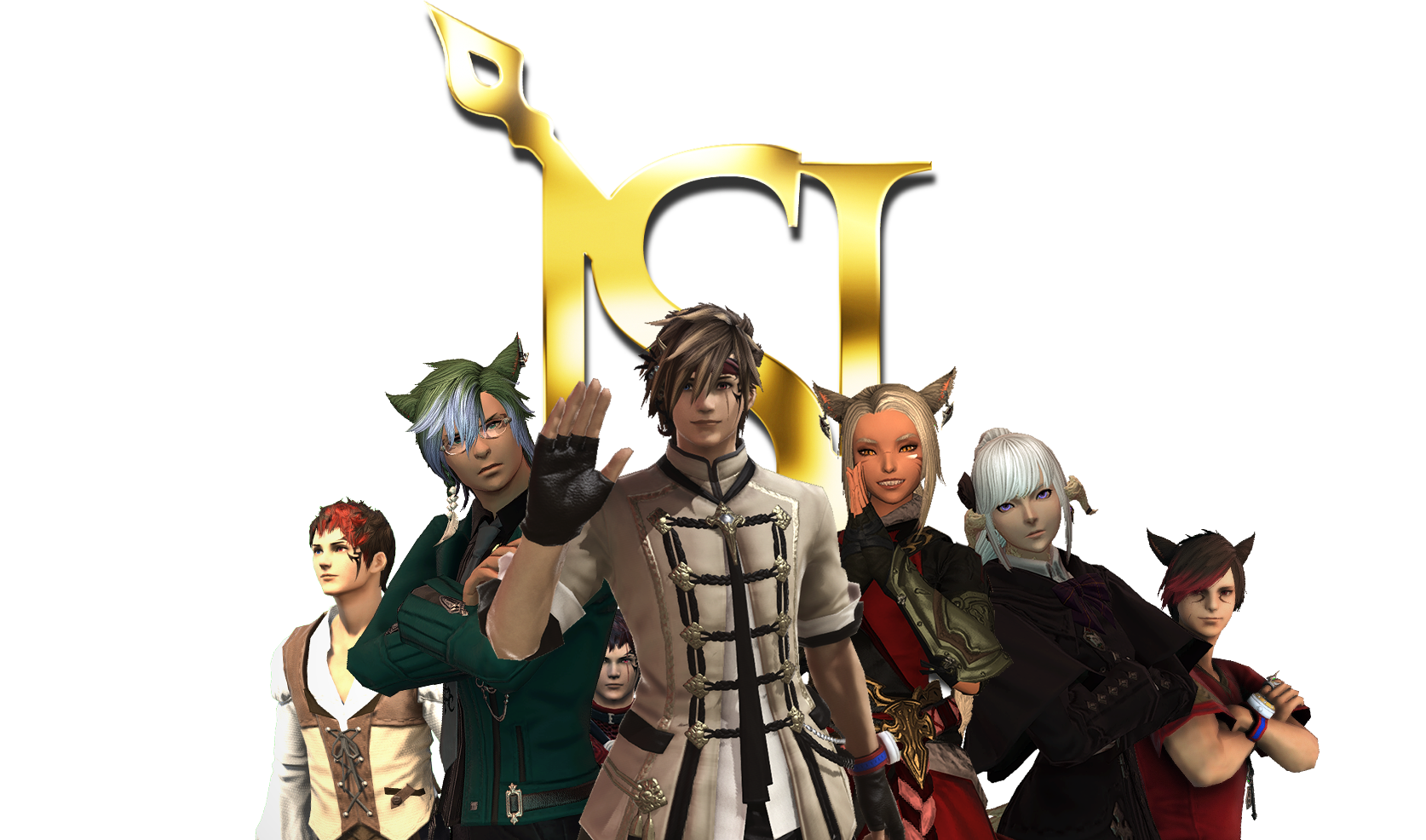 The backbone of Speakers Network is the weekly FFXIV podcast "Speakers of Hydaelyn" which has been running more or less uninterrupted since 2014.

We're currently running several different shows on our channels, and we're working on a schedule to ensure our content is released as regular as possible.

Why we need your help:

Making these podcasts and videos takes a lot of time and hard work. The video series takes a lot of time and the work that's put into it is hopefully apparent in the end products. However, due to the trainwreck that is YouTube's ad system at the moment, most of our content is demonetized from the second it's uploaded, meaning we earn disturbingly little on our work.

The number one complaint we recieve on our channel and videos is:

"I love your videos, but you don't release them fast enough!!!"

And that is absolutely true. We don't release our videos regularly. We have finally caught up on the podcasts, and the video series are now running on a schedule. But what people often forget to think about is this; it's not our job. We really wish it was. If it was we'd be making videos daily, alas, it's not and we have to do our regular jobs to survive.

But what's in it for you?

Our Patreon Campaign is split into 5 different tiers. Each of them unlocking different content. The best part? They all stack, so a $10 tier comes with everything from the $1 and $5 tiers as well! 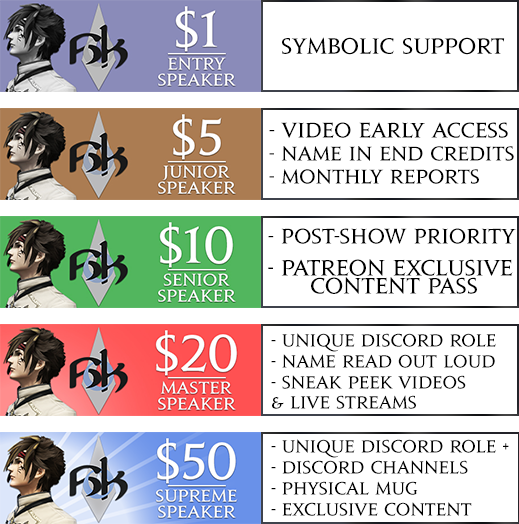 $1 | Entry Speaker:
Symbolic Support - basically what it says.
We thank you for your support! Includes a tier-specific discord role.

$5 | Junior Speaker:
Video Early Access - Watch Speakers Videos one to two days before release!
Name in end credits: Your name will scroll over Lukile's head in all main series videos, as well as the beginning of every podcast episode.
$10 | Senior Speaker:
Post-Show Priority - Gain priority access in the Speakers Podcast's Post-Show, meaning you'll be able to speak directly to the Speakers live on-air!

You also gain access to the Questions from the Syndicate channel on our official Discord server - where you can send in questions and topics for the Speakers to discuss in the Post-Show!

$20 | Master Speaker:
Unique Discord Role - Stand out in the crowd! All Master Speakers gets the "Master Speaker" role, which means you get a neat red colored name, as well as being shown separated near the top of the Discord member list, as well as access to the Patreon Discord Channel.

Your name will also be read out loud in every podcast episode. Also included is access to sneak peek videos for upcoming content and features.

But wait, there's more - Patreon-only live streams (including movie nights) are also included in this tier.

In addition to this, after 3 months you will receive a PHYSICAL MUG! 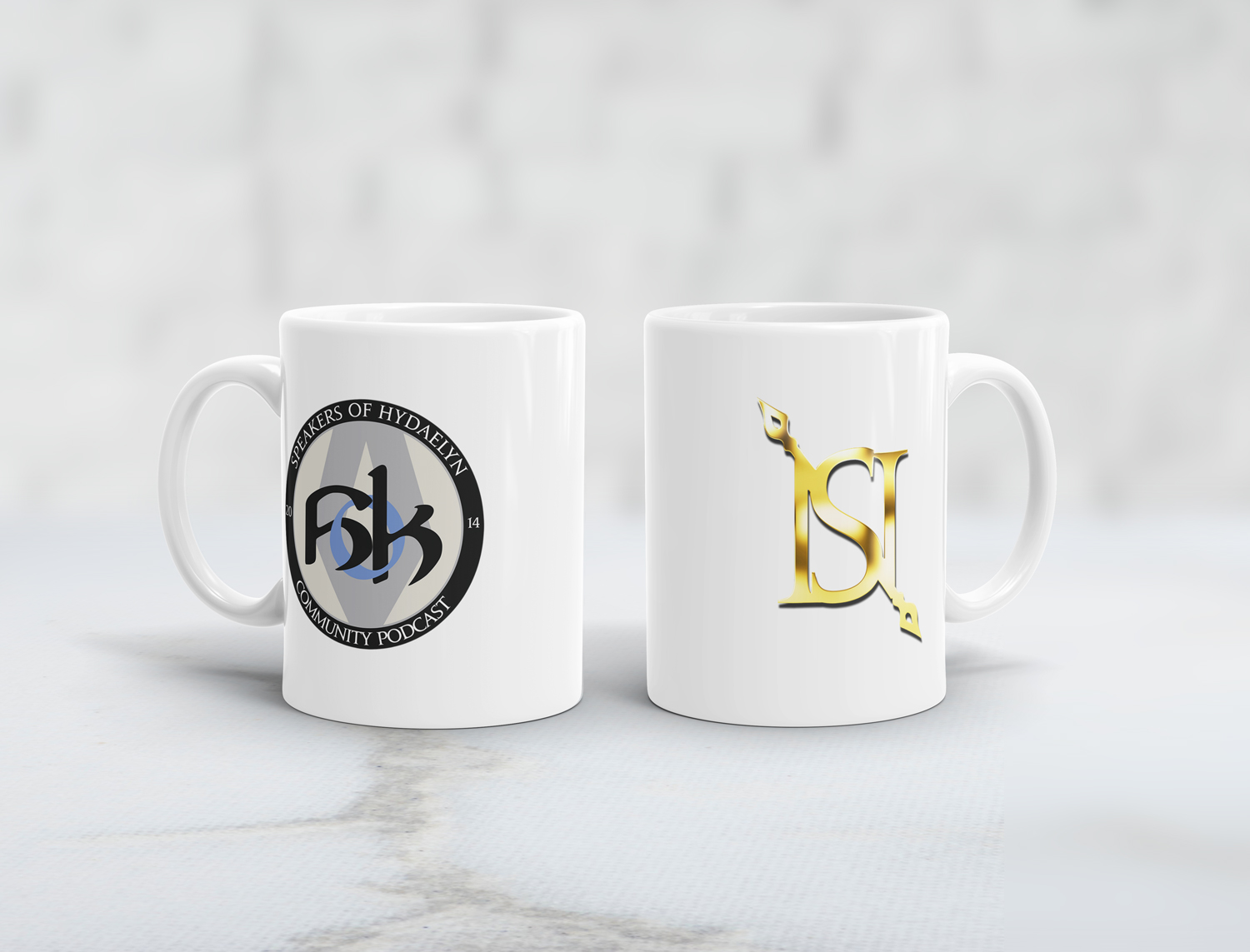 Our Patreon campaign is constantly changing, so expect more content to be added soon!

Speakers of Hydaelyn serves as our weekly Final Fantasy XIV podcast, which has been running since 2014, and focuses on everything related to Eorzea and the FFXIV community. This was for a long time the main attraction on our channel, and is still the primary focus. Having run for almost 3 years, we've built a strong and dedicated community of Speakers, and thanks to Patreon, the show now runs for a total of 2 hours per week. The podcast goes live on Saturdays at 7pm GMT /12pm PDT!

Remnants of a Realm

This series focuses on the specific locations and features that was present in 1.0 that carried over to 2.0, for better or worse. Also features and/or locations that didn't make it to 2.0. The series releases once a week, and is released one day early for Junior Speakers and up.

Secrets of a Realm

This series focuses on hidden easter eggs and unused content (from both 1.0 and 2.0+) in Final Fantasy XIV. This series is released on a monthly schedule.

Chronicles of a Realm

The most recent addition to the Speakers lineup. This series is all about the lore. It's planned to FFXIV's entire storyline from 1.0 to current day. It was a highly requested series and a new episode is posted every month!

Every week a dungeon is pulled at the end of the Speakers of Hydaelyn podcast, that the speakers have to run at minimum ilvl!

85 of 150 patrons
Remnants of a Realm: Eureka
A multi-part retrospective on the Eureka system.

Lukile becomes a lalafell for a month, kicking off with a 12-hour stream.