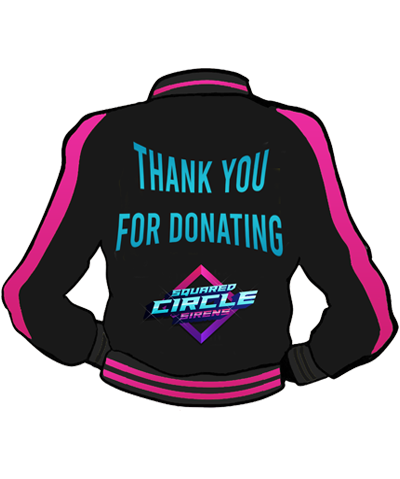 Two dollars go a long way. Committing to two dollar a month can help us us towards upgrading our server.

Because of your support, Squared Circle Sirens has taken off in big ways. We have broken major news stories about signings and injuries, become the main source of information on WWE tryouts, added significant audio content and interviewed many of the top names in women’s wrestling. As a result, our traffic has completely exploded in ways that we never thought possible. Watching our baby take on a life of its own by establishing its respected presence in the Internet Wrestling Community fills us with pride. We want to thank all of our amazing followers for their support - we simply couldn’t do it without you.

That said, it also fills us with a need to make some changes. The reality is that our current servers cannot withstand the extremely high traffic we have been generating. Seriously, Shimmer Weekend and the Mae Young Classic have been crashing our site nonstop. To keep up with this traffic flow, we need to use new servers that can withstand this growth. Since nobody likes shady internet ads, we would rather create new incentives for our most loyal supporters than burden everyone with ads. In order to sustain our heightened traffic and to give more to our supporters, we have created a Patreon page where we can now offer even more exclusive content, gifts, a newsletter, Q&A's and much more.

Since the launch of Squared Circle Sirens, we have broken news stories such as:

Your pledges will 100% go towards the maintenance of the website. This way, we can upgrade our servers while also creating more interactive content for our supporters. Any pledges are greatly appreciated, regardless of the amount. Moving forward, we will continue to serve as the top news and entertainment source for women’s professional wrestling.

0% complete
Our initial goal is to reach $200 a month to help us upgrade to an awesome hosting site to make sure you get the quickest access to information as possible.
1 of 1