Sticky Flames is a very small team working to create a new fantasy universe. Through Patreon we hope to build a community and fan base that can help bring this project to life.
Patreon Supporters will help shape the world of Telnarus and its Universe. Be a part of the future of the Telnarus Universe by taking part of our regular Developer Sessions! 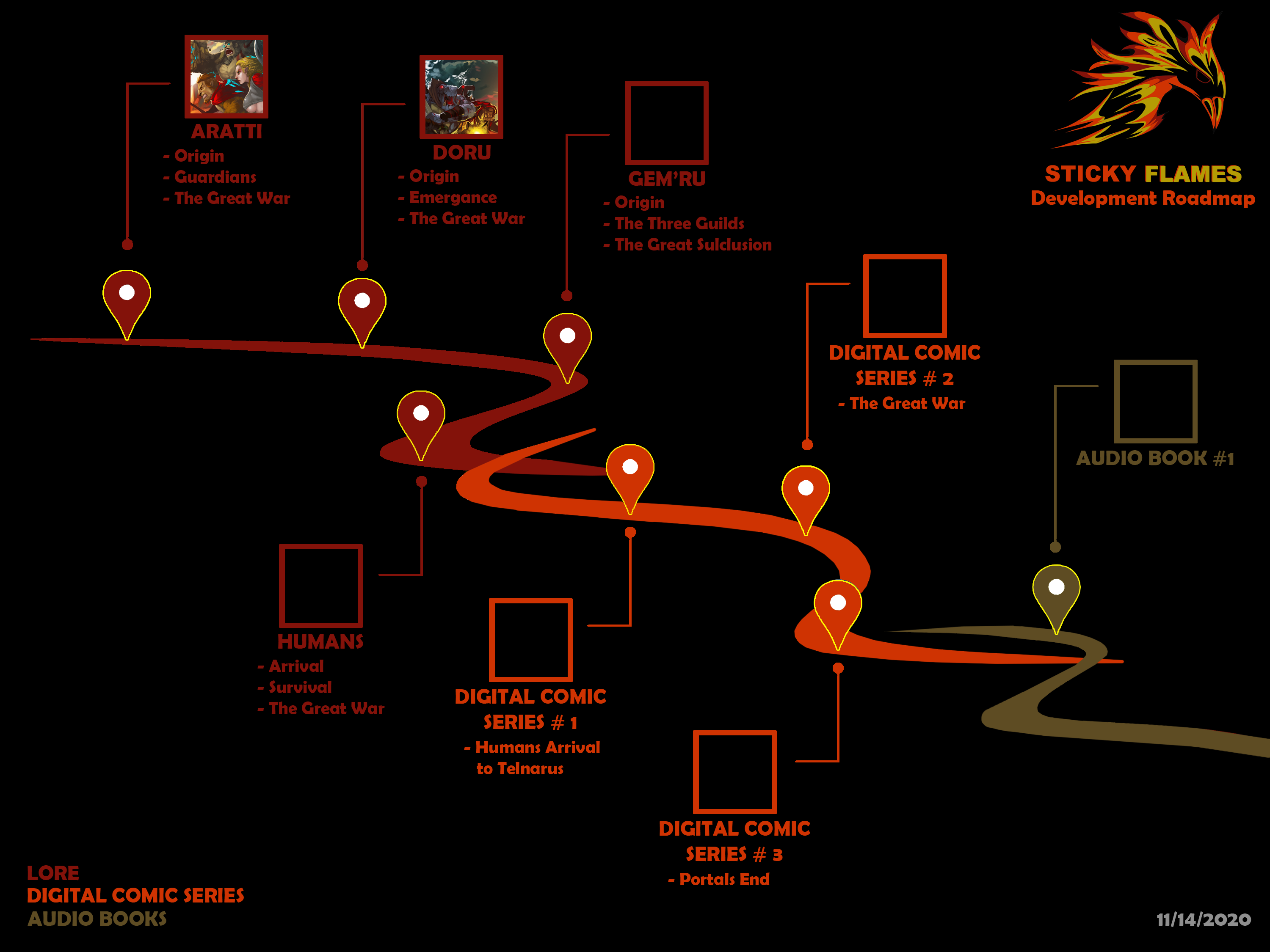 Telnarus Universe
We are always expanding the universe through our tales of Telnarus. As a Patron Supporter you have access to lore before the rest of the world! You can help shape Telnarus through Patreon by adding your very own feedback. Together we can create an amazing universe.

eSports Community
Sticky Flames has transformed into an eSports Organization with over 10 thousand followers! Join our fast-growing community.

Video Games
Producing video games on both Mobile and PC with branches of the Telnarus Universe lore.

Animated Series
An animated series has been in the works for years by form of concept. We wanted to welcome new fans to the Telnarus Universe by introducing the Humans to Telnarus.
The series will take the Humans from Earth to Telnarus through an ancient portal and introduce them to the Aratti race which are the guardians of Telnarus.

Our goal is to gain exposure through Patreon and create the series and release it on YouTube for FREE! However our biggest challenge with this is not having the funds to produce the assets and create the show at the level we would like. So for now we shelf the concept and idea until we can get to it in the future.

Open a Studio
Our team currently works from home and on a part-time basis and with no pay. It's our big dream is to one day work full-time on Sticky Flames and the Telnarus Universe. It would be great to one day open an physical studio where we can work full-time on our projects!

$0 of $10 per month
Officially a Small Community!
You did it! Your support is the start of the Telnarus Universe community! Thanks You.
1 of 7