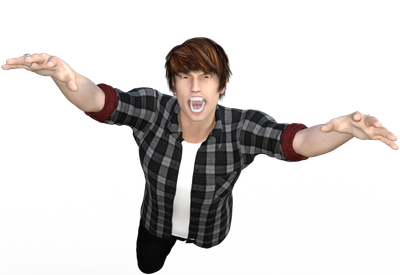 We appreciate any contribution, no matter how big or how small. You can contribute any amount you feel like. Even £1 can make a difference, if enough people contribute. As a £5 donor, you will get everything listed in the previous tier along with a few extra perks. Such as early access being able to see uploads before they're public on YouTube. 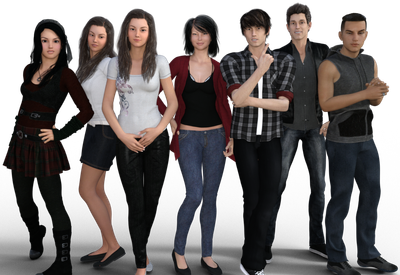 For £35 you will get everything listed in the previous tiers along with a few extra perks. Such as receiving the complete Love Sucks DVD box set after the series completion.

INTRODUCTION
Hey there, We're Strange Motions a group that's come together in order to create this original animation series called Love Sucks. It's themed as a supernatural fantasy drama that will be posted to watch freely on our YouTube channel. The series takes inspiration from shows such as "Buffy the Vampire Slayer, Charmed and Ghost Whisperer etc." but based within the same universe and with my own original characters. Love Sucks is an animated work of fiction. Any references to historical events, real people, or real locales are used fictitiously. Other names, characters, places and incidents are the product of our imagination, any resemblance to actual events or locales or persons, living or dead is entirely coincidental.

The story is about a young man who was cursed with immortality spell and became a vampire, he ends up spending centuries to find a way to break the vampirism curse. In 1883 England a boy (Dennis) and his brother (Joseph) was turned into vampires, they had planned to run away as they were in fear of the hunters / slayers that patrol the town. But after Dennis found out about his brothers' betrayal he had abandoned him, leaving him to try and survive eternity alone against their enemies. Dennis spends centuries moving town to town trying to find a witch strong enough to break the curse that was put on him. By the year 2015, he had found a small town (Wilborne Hallows) where he had come across a trio of newly witches said to be the charmed ones (strongest witches of each generation). But it's not long before others find out about Dennis' plan and chaos begins as others try to protect the immortality spell from being lifted.

WHY WE'VE STARTED A PATREON PAGE
I have been fascinated by vampire stories from an early age with my introduction to the supernatural world being "Buffy The Vampire Slayer" and it's spin-off show "Angel". My love for the adventure, friendship, and the hidden meanings of these two shows brought me to want to create my own story and characters. Filmmaking is something I've have always wanted to do and until now it was only a hobby but I've since found an awesome group of people who have just as much love for these same interests and we’ve been working on Love Sucks for a couple of years now.

Originally I had planned to self-fund this project but I had come to realize that if I want this project to be made at the standard we had imagined or at all then it would be near to impossible to do so alone. Which is why I decided to check out this Patreon thing as this project is really important to me, and I would like it to not just be a hobby one day but my passion, maybe even a full-time job. Truthfully I would prefer not having to ask for help with funding this project but at the same time it's really expensive and the time it would take me to save the total amount would only delay the project further to the point it probably won't reach completion. We greatly appreciate all contributions and even for you to just check out the page in the first place means a hell of a lot.

7% complete
All donations will go towards mocap animations and software plug-ins this will vastly improve the quality of our end product and provide an endless variety of animation and textures.
Now that we are at a stage where we have stopped making full-length storyboard videos, we are now concentrating on creating the complete first episode. Which means at this point all donations will go towards getting Mocap Animations, Stage Props & Music.
With access to these kinds of content, we'll be able to complete the first full-length episode of Love Sucks.