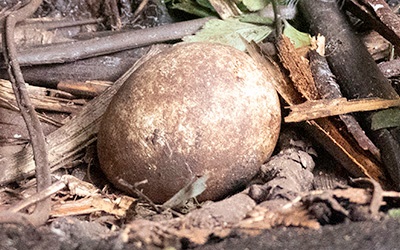 $2
per month
Join
Every bit helps - thanks!

You will get access to videos posted exclusively for our Patreon supporters, such as screen casts of presentations or tv programs we were invovled with.

On top of that you get access to our Tawaki Ringtone for your phone. You'll be guaranteed not to miss a call ever again with this one! :) 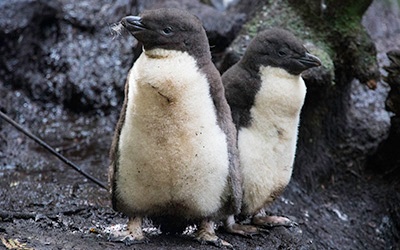 Great! Thank you, so much!

You will get all of the above, plus 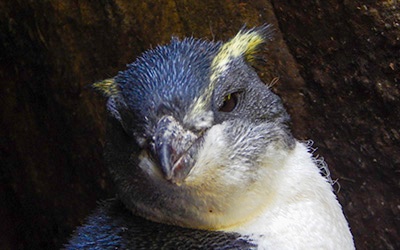 Awesome, your support really helps us getting somewhere! Thank you!

We're Thomas Mattern and Ursula Ellenberg. Since the year 2000 (my gosh!) we're studying penguins and we have been bitten or pooped on by Little penguins, Yellow-eyed penguins, Snares penguins and Fiordland penguins, all species that live and breed in New Zealand, as well as Humboldt penguins in Chile. Our work focusses on the conservation of these amazing birds. Ursula's considered one of the leading scientist for managing human disturbance effects on penguins, while Thomas is tinkering with electronics to track the penguins' at-sea movements, their diving behaviour - and most recently to peek over the birds' shoulders using miniature cameras! Amongst the two of us we have a good 50 scientific publications out there and have contributed to several books (like this one here!).

While still working on our PhD's back in the 2000s at the University of Otago, we tried to get a study off the ground to look at the marine ecology and breeding biology of one of the rarest penguin species on Earth, the Fiordland penguin or, as we prefer to call it, Tawaki. For years, we tried to get academic grants - to no avail. Since so little was known about this species, most of what we needed to investigate was considered 'baseline research'. And that isn't really considered 'sexy' when it comes to academic funding. So we tried something else. We turned to NGOs and non-academic funding sources. And we turned to stakeholders and the public. In return, we vowed to keep everybody in the loop about what we were doing.

We called it the Tawaki Project, and amazingly it worked! Since 2014 we are carrying out one of the most comprehensive long-term studies to ever be conducted in New Zealand. And it is mostly funded through many small grants, stakeholder support and donations from the public that follows our work on the Tawaki Project website or our Facebook page. We still have two more years ahead of us with the current tawaki research. But there is so much more than we would like to do - and would love to share with you!

The Tawaki Project shows that the work we have been doing is only going to work as a group effort. Without broad public support, we would have gone nowhere; at the same time we can give so much back through Facebook posts, videos and blog entries. It showed us what is possible if we step out of the ivory tower of academia. But it is also a tremendous effort. When you rely on many small grants you also have to write many grant applications, half-year and final reports. There is so much organizing going on behind the scenes that it easily takes up enough time of a full-time job. The problem is, it's not. We still have to do other work to pay our bills. And this is where Patreon - or more specifically you as our patron - can make a huge difference.

First of all, we want to continue our work on tawaki. We need to establish robust long-term monitoring programs at key sites throughout the species breeding range. And with Patreon support we would could do the job - at least until New Zealand starts to invest again in their conservation services. In the long run, we would love to expand our activities. One third of all penguin species - six out of 18 species world-wide - live and breed in New Zealand - and we know diddly squat about them. The Tawaki Project could start filling those knowledge gaps. First on the list would be a close relative of tawaki, the Erect-crested penguin, of which we know little beyond what they look like and that their population is in steep decline. Then there is the Yellow-eyed penguin, which is well-studied on the mainland - and sadly as a species in free fall. It is believed that the majority of the species lives and breeds on sub-Antractic Islands, but we don't even know how many of them there are down there. And the list goes on, Snares penguin, Eastern Rockhopper penguin - there is so much left to do!

Every penny that comes our way through this Patreon will free up some of our time to tell you a little bit more about our penguins. As a first step, we would love to expand our output on our website and Facebook page, giving you more photos, more blog posts, more info about penguins the world knows so little about. Beyond that we have already recorded a lot of fantastic video footage that we would love to turn into a YouTube series featuring 10-15 minute documentaries about our penguins. We also have plans for a weekly podcast series where we talk to penguin scientists from around the world, discuss their work and exchange the many incredible anecdotes that one inevitably experiences while working with penguins. And, of course, please tell us what you would like to see from us!