TentaBat is creating content you must be 18+ to view. Are you 18 years of age or older?

is creating Comics, Illustrations, and Animations! 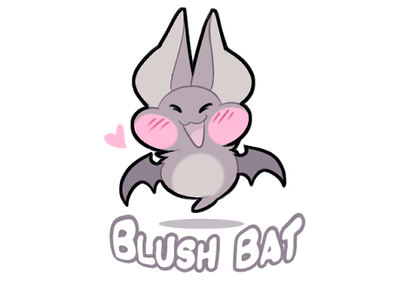 Pledge $2 A Month to become a Blush Bat! 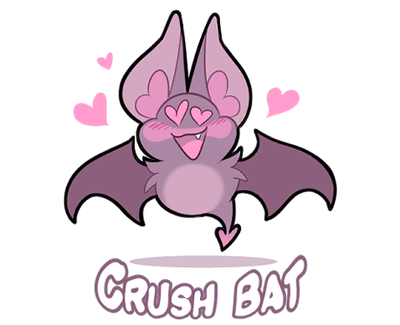 Pledge $4 A Month to become a Crush Bat! 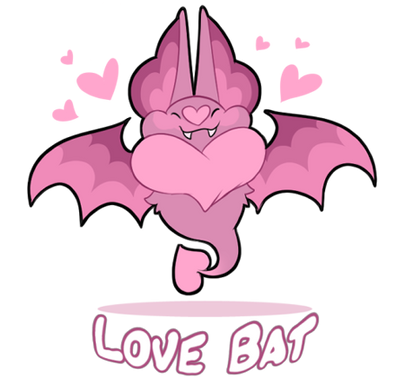 Pledge $10 A Month to become a Love Bat!

Welcome to my Patreon! Here, you can help support me as I create comics, illustrations, and animations, all of which are adult-oriented. My art mainly features furries, but I also draw humans and monsters of all kinds, and I love to draw with a cute and cartoonish style!

Every month, I plan to release:


I update multiple times a week, mainly every Friday and Saturday!

Comics
I’m fairly new at making comics, but I find it’s a great way to push my art further and incorporate more storytelling elements. I also feel that this medium allows for a more in-depth, exciting and richer way to present adult-oriented content! I’ve recently posted a completed mini-comic titled A Friend in Need, and I’m hard at work on a full-length comic titled Feline Frenzy!

Ask Team Tentabat
I have big cast of original characters, which I refer to as Team TentaBat. With this Patreon I hope to explore them all and develop them in a fun and interactive way! Through this page, anyone can ask anything to any one or more of my characters, and every month i'll pick my favorite question and draw a response to it! The response can be in the form of a Sketch, Illustration, Animation or Mini-Comic Response! Learn their about their pasts, kinks, and other secrets that have never been revealed before!

Adoptables
I love creating fun and unique character designs! Every month I will post a sheet of around 3 or more adoptable characters. These designs can be your very own personal character to buy, and members of the Blush Bats tier and above get Early Access and First Dibs on any of them!

Animations
I also love creating animations! I’ll mostly stick to simple animated loops in GIF format. These will usually be of a lewd nature!

Team TentaBat is a collection of all my favorite original characters. They all have a special place in my heart, and I think it would be so much fun to develop and explore them in a interactive way and foster a new and engaging community!

Learn More About Them Here!

Ask Them Anything Here!

If you see a character you've seen me drawn before, but not drawn below, let me know, and I'll work on a reference! I'd love to hear which characters you're interested in!

Characters From Left to Right:

Rocko is a 21-year-old Honey Badger. He’s a writer, and loves writing furry smut! He’s currently a college student and spends most of his free time with his girlfriend, Tenta!

Tenta is a 25-year-old Tentacle Slime Bat. They’re an artist in college and they enjoy being creative! They especially love slime boys, cat boys, and their boyfriend, Rocko!

Munchkin is a 100-year-old Slime Cat Demon. Loves to eat and fuck! He possess the powers of a yokai, and likes to use his abilities to secretly influence people to eat more food. He’s very bubbly, enjoys singing, and may visit your dreams!

Malkin is a 1000-year-old Slime Cat Demon. He’s mysterious, mischievous, and always looking for someone new to hook up with. He can be dangerous and scary when he wants to be. He’s more powerful than Munchkin, as he comes from a different slime dimension. He often underestimates others due to his arrogance.

Ambrosine is a 639-year-old Slime Dragon. She’s quite cold and brash, and enjoys the more elegant things in life. She can be dense sometimes, especially it comes to romantic affairs — she can easily overtake most males. Sometimes they’ll disappear...

Berry is a 352-year-old Slime Dragon. His nickname derives from the fact that he lives in highly aromatic berry bush fields. He’s an honest dragon, and always tries to do the right thing, but his clumsiness and overall timid nature often leads to conflict.

Claudia is a 26-year-old Catgirl. She is new in town, and loves being friendly and neighborly! She likes trying new things, but is very polite and innocent at heart. She is quite fond of the Catboys Dyan and Vince, and enjoys supporting and caring for them!

Dyan is a 21-year-old Catboy. He is timid and shy, but can get frisky and kinky when alone. He works part time jobs, and helps out around the house, whom he shares with his Mom and Aunt, both of whom are tigers.

Vince is a 23-year-old Catboy. He lives alone, but is close friends with Dyan! He is a textbook extrovert, and is kinky as fuck. He's a successful webcam model, with a wide following and lots of adoring fans! Aside from that, he loves to bake, collect various knick knacks, and dabbles in black magic! Oh, also, his tail is a snake with a mind of it's own!

...And there's more characters to come!

Feel free to browse my art on these other sites!

And join my Discord Server if you wish!

Thank you so much for taking the time to browse my Patreon page! If you choose to be a patron, I will be ever so grateful and I will work as hard as I can to make sure my content satisfies! ;3