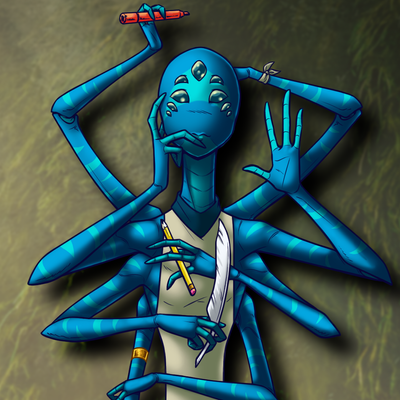 $1
per month
Join
You receive the many armed weaver of tale's gratitude and thanks. Their Creativity is fueled.
Deep Gratitude 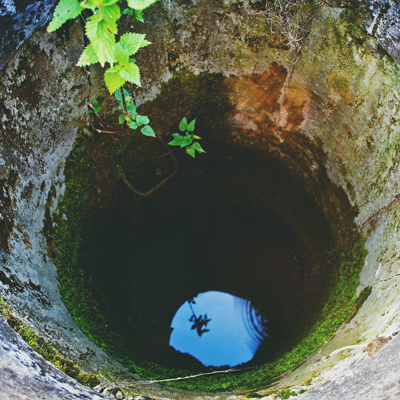 $2
per month
Join
You receive the many armed weaver of tale's deeper levels of gratitude and thanks. Their Creativity is fueled two-fold.
Caffeinated Gratitude 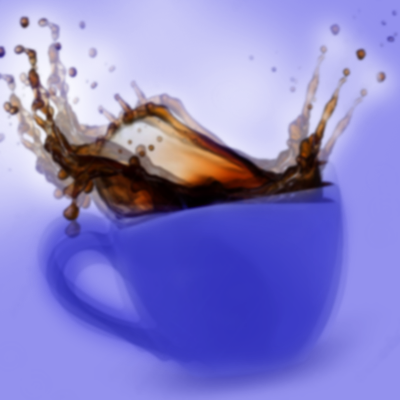 $3
per month
Join
YoU reCeiVe The MaNY ArMed WeaVer oF tALe's uNComFortaBly EneRgiZed gRatiTUDE aNd thAnkS. CrEAtiVity iS nOw fUeLED BY CAFFEINE.

A STORY A DAY KEEPS THE BOREDOM AT BAY
https://mastodon.social/@Teryl_Pacieco

...Once upon a time Teryl Pacieco, a curious multi-fandom dabbler, fled a bird-themed social media site and stumbled upon a multiverse of Mammoths and a higher character limit.

Encountering many story-makers, Teryl became inspired and began weaving tales of their own, wanting to spread the same joy and wonder they'd experienced.

Striving for the ambitious goal of Humor-Infused Positivity and Hope, Teryl's musings, random thoughts, subversions and observances are chronicled then shared freely.

(*Teryl, the Many Armed Weaver of Tales, makes no apologies for yarns that escape and run long, frolicking unhindered by standard character limits.)

Content is created and uploaded daily (barring lack of internet access), with a minimum of 7 posts a week - for some days the tales run rampant and plentiful, whilst other days they need to be sought and coaxed out with soft voices and soothing gestures.

$24.84 of $69 per month
A nice laugh will be had by the crass and immature at heart. It will supplement the other small joys your support has brought the many armed weaver of tales!
(Past tales will also begin to be archived to Patreon)
1 of 3