$30
per month
Join
Pledge this amount per month (for at least several months) and you'll be getting a signed copy of my giant textbook - The Vertebrate Fossil Record, or whatever it's going to be called - once it's out. Yes, a copy will be yours, guaranteed. Disclaimer: there is no confirmed completion date for the book.. I'm simply aiming to get it done as soon as I can... other work slows me down.

Hi - I'm Darren Naish, creator and owner of the blog Tetrapod Zoology (AKA Tet Zoo; NOW INDEPENDENT AND HOSTED AT tetzoo.com). These few images should give you some idea of the sort of thing I do.... 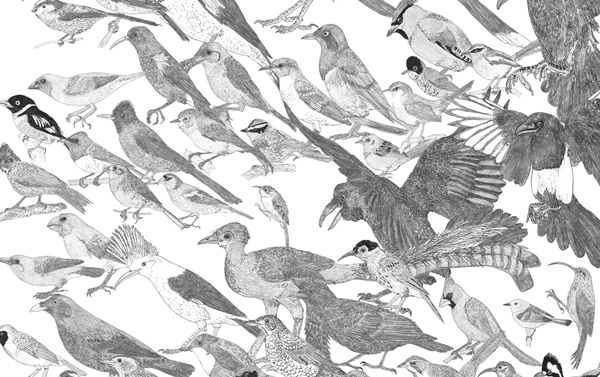 I'm also an author, an (unpaid) researching scientist, and an illustrator. My aim here at patreon is to raise funds that will allow me to be increasingly independent and to complete various of the major projects I have planned or in-prep, not least of which is a major textbook provisionally titled THE VERTEBRATE FOSSIL RECORD. More information on this book and other projects is included below. Patreon funds also help me put more time into preparing material for Tet Zoo, into the annual TetZooCon meeting, and into in-prep projects like Cryptozoologicon II, the Squamozoic Field Guide, the planned expanded version of All Yesterdays and the big book on dinosaur life appearance I want to do. Those familiar with my work or writings will know that I work hard, and generally produce a lot of content -- that's great, but with your support from patreon I could do so much more. Please consider supporting me - even tiny amounts add up - and you'll be helping with the following...

Tetrapod Zoology the blog. There is essentially an infinite amount of stuff I'd like to cover at Tet Zoo, but making time for it is not easy given other commitments (read: stuff I have to do to keep money coming in). If you appreciate or want to help the blog and keep it going, please consider chipping in. My aim during much of 2017 and 2018 was to reach a goal that would allow me to become independent from my previous blog host (Scientific American): this goal was achieved in late July 2018, so the end of July saw me leave SciAm and set up home at tetzoo.com. Thank you to everyone who made this possible! My ultimate aim is to blog more - something not yet possible due to other work. I now consider commissions for blog articles (meaning: I will write about stuff if you provide sufficient financial support). Conditions: the topic has to be relevant to my interest (viz, tetrapods!) and worthy of interest, no idiosyncratic pet theories! This has worked before: here's an example from 2016.

Open Access technical research. I am increasingly committed to publishing technical research in OA venues - this meaning that the research concerned is available, 100% free, to anyone with an internet connection. My commitment to OA is demonstrated by my publication record: in 2017 I published OA papers in PeerJ (on azhdarchid pterosaurs) and Nature Scientific Reports (on theropod dinosaur facial anatomy, hence the Neovenator image used below), and in 2019 I published again in Nature Scientific Reports (on a Cretaceous nesting colony). I currently have a monograph on a theropod dinosaur (co-authored with Andrea Cau) submitted to an OA venue (the fees for which were covered by a 2018 gofundme effort). But publishing in OA journals takes money. You have to pay a subscription to the journal, or pony up page charges.... or both. The aforementioned monograph, for example, involves page charges of $600. Money received through patreon goes directly towards the assistance of my publications. Cryptozoologicon II and All Yesterdays. Readers of my stuff will be familiar with these two much-acclaimed book projects, produced in co-operation with colleagues John Conway and C. M. Kosemen. Follow-up volumes are planned and much material has been produced for them. However, progress has been substantially delayed due to existing commitments. Support me and I will be able to complete these projects and similar volumes much quicker. John, Memo and I would actually like to keep producing volumes of this sort, but it can only happen with support.

TetZooCon. The Tetrapod Zoology Convention has now been going for five years, and each year's event is bigger and better than the last. Again, we struggle to make time for preparations and any and all help is appreciated. Support here at patreon allows me to put more time into the work associated with the event.

The Vertebrate Fossil Record. At the time of writing (May 2019), this book - which includes enormous, extensively illustrated chapters on all vertebrate groups (yes, even ALL THE FISHES) - is well over 1400 pages long. It will feature a ridiculous number of montages, cladograms and timelines of all vertebrates known from the fossil record. Below are the sorts of illustrations I've been preparing... Support me here and you can see stuff as it comes together AND you can help me get it done all the quicker.

Dinosaurs In Life. Once several of the projects mentioned above are out of the way, John Conway and I aim to produce a major volume on the science and art of dinosaur life appearance. This is some way down the line, but it will happen eventually with your support.

The Tetrapod Zoology Books. It is my aim to migrate all of the published online material featured at the blog to printed book form. Books are not dead and the internet is not everything, and having the Tet Zoo material published in hardcopy helps ensure a more permanent format (every now and again, someone presses a button and huge swathes of material at Tet Zoo ver 2 and ver 3 just disappears or becomes hopelessly mangled). So far, just ONE such book has been published (it's called Tetrapod Zoology Book One). The subsequent volumes will include a huge number of new illustrations and images, plus exciting covers that have yet to be produced.

A little bit about Patreon
You probably already know what Patreon is. It's basically an open-ended, Kickstarter-like project in which you make regular cash pledges of a chosen amount to your favoured content-creator. There's no obligation and you can quit at any time. Even small amounts can make a difference, so don't be shy about pledging tiny amounts. As a Tet Zoo patron, you'll get to see exclusive content before it appears anywhere else, so this is definitely something to be involved in if you're a fan. If this works out, I can achieve more, produce more content, and share it with you. Please consider becoming a Tet Zoo patron by pledging to http://www.patreon.com/TetZoo