is creating a sustainable lIfe in Bee Farming. Its all about the bees 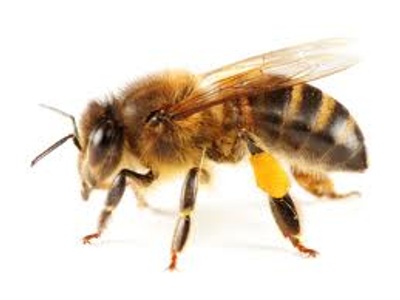 $5
per month
Join
The primary reason to support the Bee Farmer is to directly support the bees by:

Feeding the bees syrup in the autumn, fondant in the winter & syrup in the spring
You are also supporting the Bee Farmer deliver help to social groups and to reply to all the emails and calls I receive about flying insects from the general public, but most importantly your support helps the bees through my direct action and advocacy.

It will make you feel great too! 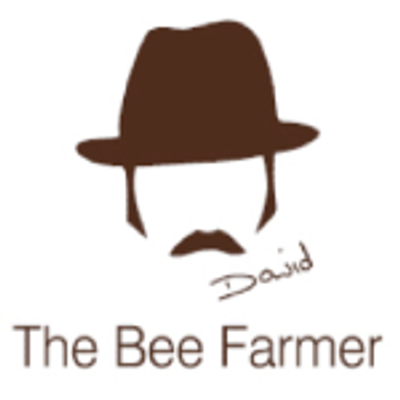 $11.50
per month
Join
Your pledge helps provide for the bees and support the business. It means we can keeping doing what we do. The more support we have the more we can do.

As a reward for your commitment we will send you an embroidered iron on patch to wear with pride.. 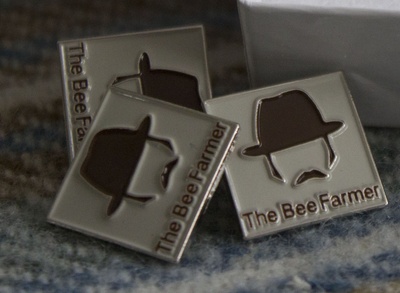 $18
per month
Join
Many thanks for supporting us by subscribing to this tier. It is very generous of you. In recognition of this level of support as well as the rewards of the previous tiers we will send you an enamel pin badge. These pins are made in the UK. I try to source all my materials as close to my base in Ashby de la Zouch.

About David The Bee Farmer

Hello I am David, The Bee Farmer. I work as one of the few full time, professional Bee Farmers in the UK. I look after my honeybees in the heart of the National Forest in the midlands of England, centered around Ashby de la Zouch, Leicestershire.

Here is my story, so far.....
In my twenties I decided I was not doing anything with my down time so I cast about for a short course on something practical. In Didsbury, Manchester was an establishment called the Worker’s Education Association [WEA]. It was housed in a run down but formally a very grand country house. Disbury was in the countryside in the 1820s. Now it is is firmly in the Manchester conurbation. For no reason what so ever I decided upon a course in bee keeping would be the very thing to do over the winter months.

The course was on the Tuesday evening from October to April. I was to discover this was neatly arranged for the end of the course to coincide with the start of the bee keeping year. I passed the course and bees have been in my life for more than thirty years. I have kept bees in lots of places; on a golf course in Sale, in the garden of my old house in Gorton, at my allotment in Levenshulme and latterly, following a move the Leicestershire, on farms, estates and schools in Leicestershire/Derbyshire/Staffordshire borders.

Being made redundant from my job in back office financial services in 2013 afforded me the opportunity to make beekeeping my profession. The dream was realised in early 2014 with the purchase of half a bee-keeping business. I put the plans I had been daydreaming and honing over the past few years into action. Honey extraction facilities had to be built and approved by the local government officers. A website was created and social media established, I quite like showing people what I do. Branding was created, initially for my honey jar labels.
Whilst all that was going on I continued to give talks to people interested in bees and was involved in a pan-european study on honeybees. Operating so many hives for the study and my own stocks changed my view on my mission. My mission had been to have as many bee hives as possible. I discovered there is an upper limit to the number of hives one man can manage. With that 2017 was a pivot point. Two things happened.

1. I was encouraged to start course in beekeeping for novices. I have trained more than 50 people and many of those people now have more than one hive each.
Check out the link at https://thebeefarmer.co.uk/education/

2. I started the "School for Bees" scheme. In the scheme we have bee hives on school premises. The children learn about the bees, build a hive, learn how to look after them, harvest the honey and along the way learn softskills and something about food hygiene and finance.
Check out the link at https://thebeefarmer.co.uk/education/workshops/ed-keystage/

If you add my hives together with the expanding number of hives managed by the foundation students as well as those of the School for Bee scheme then you see I have a mechanism to establish more managed hives than I could deal with myself. It this way I am creating a growing and sustainable volume of new honeybee colonies and the trained people to look after them.

Check out my blog for stories in bee farming. Its an ecelctic mix of adventures, poems, songs and science. https://thebeefarmer.co.uk/blog/

New for 2020 is the reintroduction of the "Adopt a Bee hive" scheme. Check out teir 5 for details.

Thank you for joining in with the journey,

David, The Bee Farmer
Its all about the bees