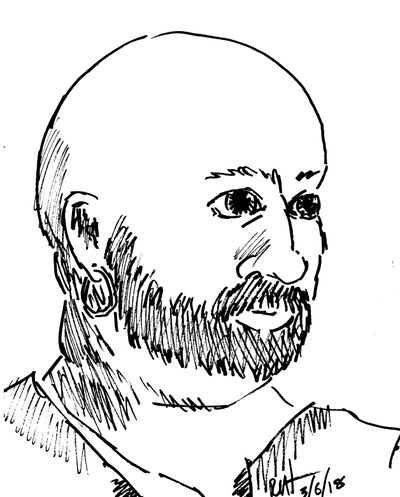 $2
per month
Join
Thanks so much for helping me to create great gaming content! This level gets you started and helps get more stuff made! It also gets you access to news of new content being made! 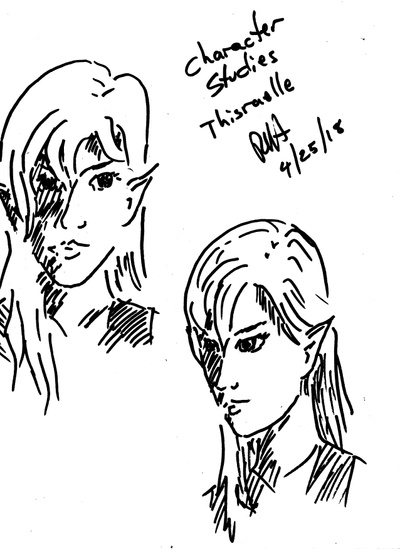 $3
per month
Join
This letter gets you my ongoing gratitude and a newsletter of upcoming content, as well as access to the "A Tale of Heroes" story a full week (two scenes) ahead of general publication!

Karendle (Getting a Picture) 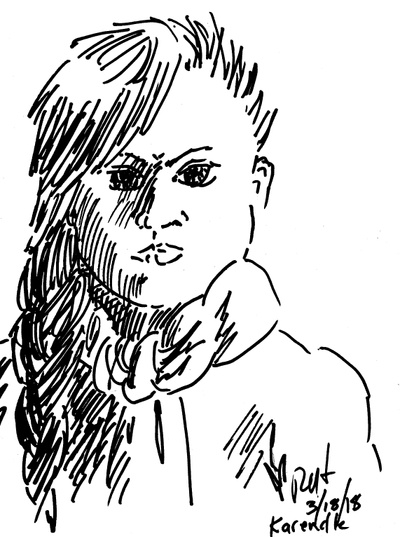 $10
per month
Join
This letter gets you all of the previous tier's benefits, and a portrait drawing of your own RPG character (of any system, no nudity or gore).

I'm Mark, and my sons and I made "The Hero's Tale". It's a Tabletop Fantasy Role Playing game system that's a bit more flexible and a bit more family-friendly than most. I also make ongoing content ("system specific" AND "system agnostic") for RPG gamers, including:


How The Hero's Tale Got Started

About 2+ years ago, my kids and I started playing Tabletop RPGs in a family game night. . At the time, my youngest (Jacob, or Jakoh of Emberfire) was 14, my oldest (Brendon, or DarkStar of Umbrawood) 16. They had been involved in many kinds of gaming for a long time, including online games (like Minecraft, League of Legends, the Zeldas, and many others), collectible card games (like Pokemon, Yu-Gi-Oh, and Magic: The Gathering). We often played these games, tabletop and online, together. They’d been pestering me for a long time about playing tabletop RPGs. Specifically, they wanted to play Dungeons and Dragons, the granddaddy of all RPGs.

I was in a unique position. First, I had grown up playing RPGs, including D&D (as well as other classics like Traveller, Marvel, Top Secret, Boot Hill, etc...). Second, I’m a deeply spiritual man, and an unashamed Christian. I remember being assailed with the horror stories from the 80s of D&D being a gateway to devil worship, and of kids losing their grip on reality and retreating more and more into the fantasy worlds, even to the point of violence or suicide. Even though I had rolled my eyes at these stories as I was growing up, there were some elements of RPGs in general and D&D in particular that troubled me, as a Christian, and even just as a father wanting to raise healthy, well-adjusted children (these included the systemic lack of consequences for bad choices in-game, and the kill-the-monster-loot-his-treasure focus).

I was also well aware of the benefits of RPGs, like enhancing your creativity, the ability to play games where you work together instead of competitively, and the friendship bonds that formed with the other players.

I also believe very strongly that the role of a father is divinely-inspired, and I need to take it very seriously. In the Bible, in Ephesians (6:4) we’re told, “And, ye fathers, provoke not your children to wrath: but bring them up in the nurture and admonition of the Lord.” Then, in Proverbs (22:6) it says, “Train up a child in the way he should go: and when he is old, he will not depart from it.”
In other words, it might just be a biological urge to make children, but I believe it is my God-given right and job to raise my children well.

All of us know that this isn’t easy, and we make a lot of mistakes every day, and that’s true if you’re a Christian, Muslim, Buddhist, Pagan, Atheist, or whatever. For me, I knew if I chose to involve my kids in gaming, I would be investing a lot of time and effort. I wanted this choice to go in the “win” column, not in the “mistakes were made” side.

In the end, I decided that it would be better for them to play in my home, in my adventures, where I could influence the outcomes and influence the learning. We set up a weekly game night where my two sons and a mixed group of their friends would gather and co-write fantastic epic adventures of fame and glory.

When I discovered that concept, I realized that as a father and as a gamemaster, I can teach my children while they are just having fun playing a game. As we’ve played almost every week over the course of the past few years, I’ve seen the learning in action. I’ve seen it on a conscious level, as my kids and their friends see direct consequences of their choices. I’ve seen in a more subconscious level, as my sons and I have processed their feelings and their decisions after the game was done.

I'd love to share the game and the resources with you!

Thanks for your help!

$18.23 of $25 per month
When I get up to $30 a month, I'll be able to fund some ongoing online advertising. I'll create a new monster (suitable for THT or D&D) with an illustration and send it exclusively to all Patrons!
1 of 2