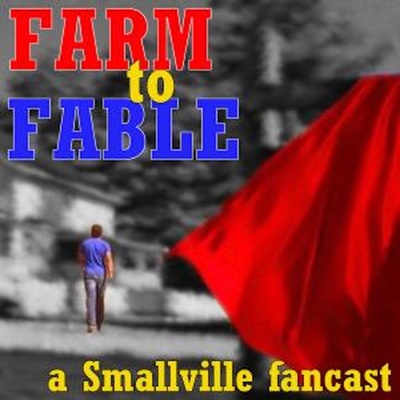 $3
per month
Join
A special crossover tier with my 2nd podcast, all about the TV Show Smallville. If you'd like to support the Farm to Fable show you can now do so with a recurring monthly donation of $3 or more through this Patreon Campaign.

All funds donated at this level will be kept separate from the Academy funds and will be used to support the Farm to Fable show (advertising to help the show grow, merchandise development, Smallville DVDs for that sweet sweet behind the scenes extras you can't get on streaming).

You can also join our RPG Academy Discord if you'd like. We have a Farm to Fable channel and can expand to more if there's a desire.

About The RPG Academy

What is The Rpg Academy?
The Rpg Academy is a multi-platform channel (audio podcasts, Twitch streams & Youtube)  all about Role Playing Games.  We have a mix of general advice, discussion and game theory shows called Faculty Meetings as well as various Actual Play episodes. Our long form, on-going actual play series are called The Campaigns. Our one-shot just for fun episodes are called Field Trips. We also feature new RPG's (either new to us, or brand new) in shows called The Trials. We also have shows that features guests called Show & Tell and lastly we have on occasion done some episodes where we review RPG themed movies called Movie Day.  Our Twitch channel runs a highly improv D&D crime procedural show called Lawful & Orderly and a lightly RPG themed talk show called Detention.  Our Youtube channel hosts DMing 101 videos as well as Synergy videos where we take a pack of Magic The Gathering cards and use them to outline an adventure.


Got it. You do Gaming Podcasts and such. So what is Patreon?

Patreon is a crowd funding site, similar to a Kickstarter. The main difference is that a Patreon page is tailor made for creatives that do a bunch of small things, while Kickstarter is better suited for somebody doing a single, larger-scale project.

The other big differences are that Patreon pledges are recurring, and they are only paid AFTER content is delivered. Think of it like a future “tip” for us releasing stuff you like.


So basically,  you're begging for money?

We started the website and podcasts because we thought it would be fun. And it is. Lots of fun. But it also takes up a lot of time. We our previous Patreon support we've had the luxury of upgrading our recording equipment and now we have some of better audio quality you'll find on a 'hobby' podcast. We've also upgraded our computer systems and software to make editing easier and faster. But with each new toy comes the yearning to do bigger and better things.

What's in it for you, you ask?

To start, The Rpg Academy podcast will remain free, regardless of the amount of pledges we get.  We average 6 or 7 episodes a month. If you back us at the lowest level  of $1 a month is equivalent of paying .15 per episode!

But if you are already getting those episodes for free now, then that's still not a great deal, right?

Each reward level comes with its own "THANK YOU" package. At that lowest level, it is a literally big THANK YOU on the podcast and unlimited high-fives. At the second tier you get access to a special Campaign series that is exclusive to Patreon Backers.
To the left, we'll be adding Milestone Goals as we receive more donations. These goals affect everyone because if they are reached we'll be able to do even more each month and everybody gets to benefit, regardless of individual pledges!

So, that's the deal! If you like our show and want to support us, you can. Tell other gamers to give our show a listen. Leave us a review on iTunes or Stitcher radio. Use our website links to buy merchandise from Amazon or Drive Thru RPG. And, of course, If you are willing and able to pledge some cash, it will be much appreciated and wisely invested (Bitcoins are still a thing, right?) in the show and our various projects.

If there is anything else you would like to know, feel free to email us at [email protected] /* */ or send me a Tweet @TheRpgAcademy

$148.30 of $200 per month
If we reach $200 a month this money will be used to fund our Convention budget for Gencon, Origins, CincyCon, Winter Fantasy and more.  If we are at this level for these Con's we will hold special Patreon Only events or games if possible.
3 of 10

Recent posts by The RPG Academy