is creating podcasts that explore apologetics, theology, and rock and roll 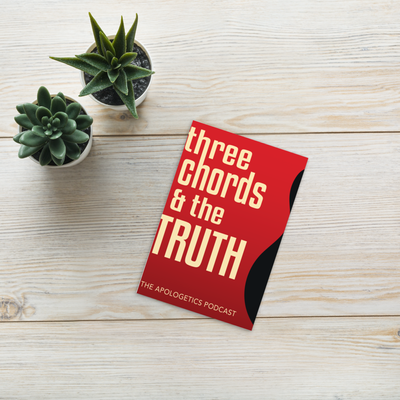 $5
per month
Join
What you receive:

Your choice of one of the following two options:
Unending gratitude from the two of us (retail value: priceless)
Exclusive Mini Print
Fulfilled by Patreon
Exclusive logo mini-print, plus eBook and an answer or song!
Global shipping included 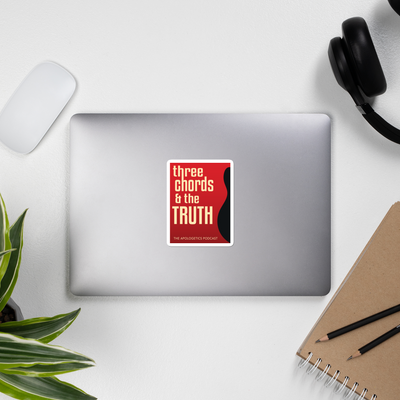 $12
per month
Join
What you receive:

Your choice of one of the following two options:
Unending gratitude from the two of us (retail value: priceless)
Exclusive Sticker
Fulfilled by Patreon
An answer or a song next season, plus an eBook and a decal!
Global shipping included 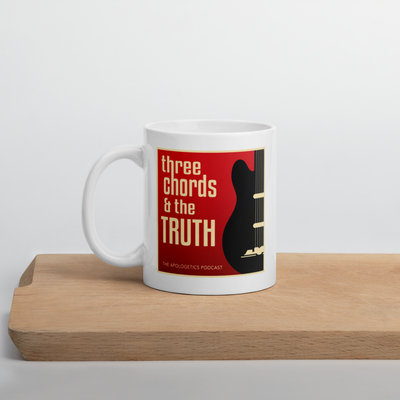 $15
per month
Join
THE BEST VALUE!

Your choice of one of the following two options:
Unending gratitude from the two of us (retail value: priceless)
Exclusive Mug
Fulfilled by Patreon
An answer or song, an eBook, and a patron-exclusive mug!
Global shipping included

Year-Round Goodness for Every Fan 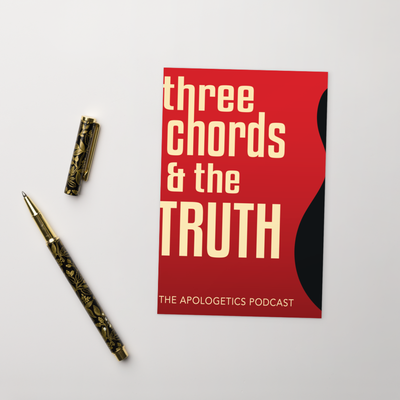 $25
per month
Join
What you receive throughout the year:

2 patron-exclusive stickers with Three Chords and the Truth logo 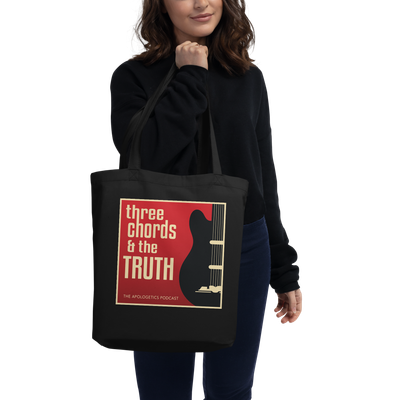 $35
per month
Join
THE MOST VARIETY!

What you receive throughout the year:

1 Three Chords and the Truth black sweatshirt (seriously—you will look amazing in this!)

1 eBook copy of Misquoting Truth by Timothy Paul Jones (a great place to start when it comes to learning to defend your trust in the truth of God's Word!)

1 patron-exclusive coffee mug with Three Chords and the Truth logo (just right for your coffee!)

1 patron-exclusive decal with Three Chords and the Truth logo (perfect for your minivan or guitar case!)

1 patron-exclusive Three Chords and the Truth tote bag (just the right size to carry all the amazing items that we’re sending to you!) 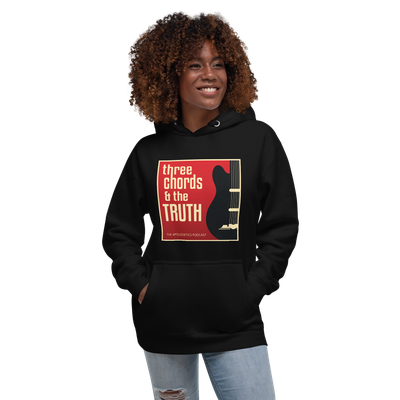 $35
per month
Join
THE BEST DEAL FOR YOUR WARDROBE!

What you receive throughout the year:

Subscribe to Three Chords and the Truth: The Apologetics Podcast on iTunes.

Thank you for your interest in Three Chords and the Truth: The Apologetics Podcast!

This program is hosted by Garrick Bailey and Timothy Paul Jones. Garrick is a systematic theologian and an unsystematic collector of coffee mugs who occasionally mocks his cohost’s coffee choices. Timothy is a professor, pastor, and collector of as many guitars as his spouse will allow. Timothy is also the award-winning author or coauthor of more than a dozen books, including the Gold Medallion award-winner  How We Got the Bible, the CBA bestseller The Da Vinci Codebreaker, and the Christian Retailing Christian Education Book of the Year Christian History Made Easy.

By supporting this program, you enable us to provide Christians throughout the world with the best discussions of apologetics and culture available anywhere.

How Did This Podcast Begin?

This podcast began in the doorway between two offices in historic Norton Hall on the campus of The Southern Baptist Theological Seminary. That's where the two of us discovered that we shared a passion for apologetics, history, and classic rock.

At one point, we found ourselves discussing the various versions of Bob Dylan's "All Along the Watchtower" while the Jimi Hendrix cover of the song played in the background. Our discussion turned to the origin of Dylan's lyrics in the oracles of the biblical prophet Isaiah, and we wondered whether anyone had ever considered doing a podcast that brought together faith, reason, and rock and roll. A quick search of iTunes and Soundcloud revealed that no such podcast existed; the same searches also revealed a relative paucity of high-quality apologetics podcasts. In 2018, our discussion of this possible podcast began to develop into reality and became Three Chords and the Truth: The Apologetics Podcast.

Why Three Chords and the Truth?

In the U2 version of "All Along the Watchtower," Bono dared to drop the final verse of Bob Dylan's rendition of the song and to replace it with a few lines of his own composition:

Of course, the phrase "three chords and the truth" did not originate with Bono. It was Harlan Howard---one of the greatest songwriters in the history of country music---who first spoke these words. According to Howard, a country and western song is "nothing more than three chords and the truth." Howard’s point was that country music doesn't need to be complicated; the point of a country song is to tell a true story with a clarity and a simplicity that resonates with the real experiences of people's lives. Bono probably picked up the phrase from The Edge, who used these words to describe Curtis Mayfield's classic tune "People Get Ready."

”Three chords and the truth" as the title of this podcast is a nod to the origins of this project in a discussion of the different versions of Bob Dylan's "All Along the Watchtower."

But it's more than that as well.

The phrase also expresses our desire to express deep theological truths in clear and simple ways that resonate with the lives of real people. Theologians and apologists don’t need to be complicated; they need to tell a true story with clarity and simplicity. That’s what we aim to do in this podcast.

$103.26 of $500 per month
This brings the podcast back for next season and upgrades equipment for recording guests in other locations.
2 of 5