is creating UberWeapon to destroy humanity, Unique Stream-Project, Music
Select a membership level
$1
per month
When you will be old enough, I will be dead already, but you will be in a bed with some partner, memories will strike in your head and you will go like this:"I remember those good old times, when the grass was greener, the taste was sweeter, the light was brighter, and I was a part of wonderful community of TrueNeutralEvGenius, the ruler of the worlds, saviour of Universe from humanity... I even supported him! And the senpai even noticed me! He was answering to me, like I was equal. Oh, nostalgia...", while your partner will answer something like:"don't fucking lie to me, fucking inventor!", then you will slap that stupid bitch and say something like:"It is truth, trash, get the fuck out of here!". And the warm and great feeling will fill you.
Select
Limited (1000 of 1000 remaining)
$10
per month
I will share with you my old tracker music of 90s and early 2000s. Some compositions which quite noone heard.
Select
Limited (100 of 100 remaining)
$100
per month
I will share with you unlisted streams and videos where I compose music in DAWs. Maybe I will even share with you some really good of my cyberpunk/dystopia stories I wrote. Maybe. Also performances of music, mostly Blues-rock.
Select 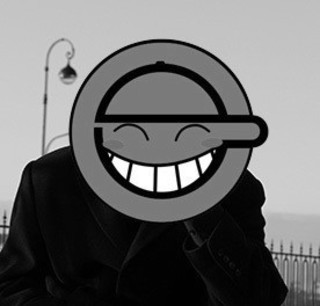 "Tl;dr": I'm making streams. I write stuff. Mostly serious and wise things, books. I create videos. I compose music. Most of it you will never see, because I'm not sharing it, and it will die with me, probably. Perfectionism leads to procrastination.

Why I'm on Patreon? Because some of my great audience asked me to create this page and I did. I was actually interested in this system, so why not to try it from the inside. Also coz support of my project is really important. Project takes huge amount of time actually. I invest more and more in it. I never insist on  donations, I honestly hate social stuff. But it really matters. We are living in a material world afterall. So consider supporting me via patreon, if you enjoy what I do. Also respect my uber tastes in music! I'm a real connoisseur, as you well know. Someone here because of Music, someone because of Games, someone 3rd reasons. I'm pretty creative and many-sided, so yeah...

More detailed description for more intelligent creatures, who like to read and want to grasp in the subject a little bit more:
Greetings. I'm TrueNeutralEvGenius. My channel is dedicated to great music, masterpieces of all time, oldschool brilliant games. Mainly on PC and Sega, NES & SNES.

Also I will stream some newer games. For me 'new games' means they were released after 2004 year, it was a year when I kinda stopped playing newer games. And stopped playing almost overall in 2007. However there are some good new games, in which I will play for the first time on streams. So yeah, I'm playing games again from 2014. I guess you got the idea.

Originally from Russia. Age unknown (rumours goes it's under or beyond 30). Huge lover of magnificent Music: Blues, Blues-Rock, Jazz, Ambient, Classics, Retro, Electronic, Synthwave... Connoisseur of Cyberpunk and Dystopia. IQ over 9500. Twilight fucking genius, as they say. And no, I'm not arrogant.

I've seen things you people wouldn't believe...
I could tell you about my life,
And keep you amused I'm sure.
Man of Constant Sorrow.
They call me 'The Seeker'.
The Master of Everything, the Master of None.

Feel yourself free here. Don't be shy to watch and write in chat. Anonymous mates and lurkers are welcome as well. Have a good time.

After I streamed some amount of time... I must say, I've never thought, that playing and at the same time interacting with audience will be so interesting, nice and fun. Afterall I partially created this channel to fight with my anonymity, sociopathy and so on.
Usually streaming on english and/or russian languages.

17.09.2015 created Twitter for all this stuff (announces, etc.) and easier communication with others.

$0 of $1,000 per month
This will be a serious step in improving my project in many sences. As you probably understand this project takes a huge amount of time, starting to take more and more time actually. But we are living in a material world, unfortunately. I have to work irl, noone helps me but myself, I have my obligations. It's hard to combine. 1000 bucks per month would be a good "airbag" & amount to me to sail the troubled waters, while streaming more. Also it is amount when I can actually buy hardware every month to improve streams quality. I want to have have top notch quality for you in that sence. I still will have high-quality in deep sence, high audience interaction through explanation and commentary of the music, games and stuff I do on stream.  However it's not where I can go fulltime. The next goal will probably be like that. Also at this point I will have possiblity to make Musical streams and perform live to you. I really wish to do that but at the moment I can't do that without your support. There are a lot of stuff resting on material side, unfortunately.
1 of 4