Two Witches Podcast is creating content you must be 18+ to view. Are you 18 years of age or older?

Early Bird Gets the Goods 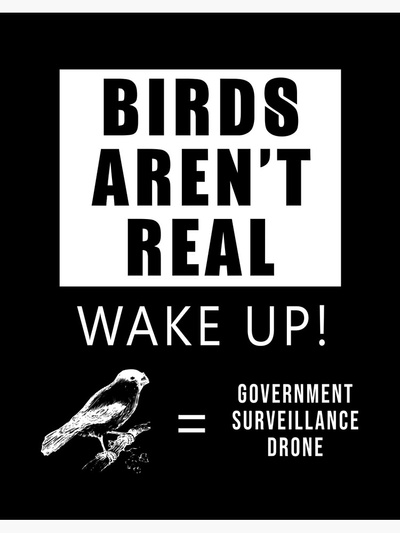 You also get bonus content, including Vintage Magic, and a shoutout on the Podcast for joining if you'd like!!

We'll send you a Two Witches Podcast Sticker too, and may drop other prizes in the mail too at our leisure (may = totally will). 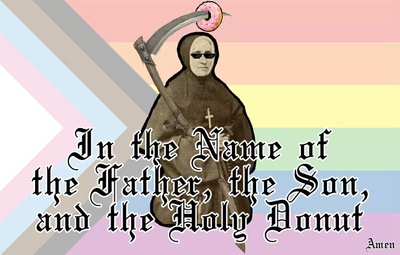 $10
per month
Join
Join the Cult of the Holy Donut! Praise the Almighty Jobcat!

You'll receive a copy of every sticker we make, including Saint Mojo Provides, Magical Jobcat, and ever other new one we make going forward, along with everything you get on the below tier, including:

You also get all the bonus content, including Vintage Magic, and a shoutout on the Podcast for joining if you'd like one!

We'll also send you a Two Witches Podcast Button and other surprises along the way, as we just love to give stuff away!

$20
per month
Join
Wow, you really love us huh? Join the Cult of the Holy Donut and Team Brick!

You'll receive a copy of every sticker we make, including Saint Mojo Provides, Magical Jobcat, and every other new one we make going forward.

You also get all the bonus content, including Vintage Magic, and a shoutout on the Podcast for joining if you'd like one! We'll send you a Two Witches Podcast Button and a Hidden Brick diecut pin your first month of sponsorship.

After three months at this level we will send you a Two Witches Pod Mug and other surprises on the regular because we love you too!!

Who are Two Witches?

In January 2019 a web series called "Hellier" was released on youtube by a paranormal investigative team headed by Greg and Dana Newkirk. It is not an exaggeration to say that it was unlike any other paranormal show or series before, and handled the study of phenomena and synchronicity in a professional and fascinating way. Many people were hooked, including us. It resonated in a big way with us both. Two Witches in the Pacific Northwest around the same age connected online over the series and it's impact on our lives and struck up friendships that crossed over in the "real world".

The vein of synchronicity that ran through SJ's life was strong enough that it soon began pulling Andrea in to the "brick business" also. The more they shared their experiences and thoughts, the coincidences grew between them. Soon things got weird... really weird. It became clear that someone was responding directly to our paying attention.

One of the things we agreed on is that most places that are called "haunted" are misunderstood. The majority of media portraying "Ghost Hunting" use techniques (provocation) and operate from a place of fear... and fakery. Hellier was different. It helped us find others that were interested in exploring the paranormal in a respectful, logical way. It also led to some of the strangest synchronicity experiences we have ever experienced.

When SJ began investigating a pattern of documented hauntings in local Hidden brick built buildings they wondered....why? Was it just because the buildings are old? Was it because the buildings had a tragic history attached? Was it the bricks themselves or could it be who made them? One of the most intriguing questions we had was why was a Nun teaching local Masons how to make bricks when associating with Masons could lead to excommunication? The truth could be even stranger than we ever imagined.

Why Support Our Work?

When we launched Two Witches Podcast in 2020, the world was different for a lot of us - SJ and Andrea included On top of the problems Covid has caused for us all financially, the amount of time it takes to put out the podcast and other content was more than we ever dreamed it would be. The only way we could continue with this project is to create a little bit of financial wiggle room for ourselves to help offset the time spent.

Neither of us are getting any younger either (crone problems...) and after both having surgeries in the last year, some of our normal income activities have been curtailed or eliminated due to our newer physical limitations. Many of our listeners suggested a Patreon to us before as they felt our content had value, so we decided to listen. We both hope you enjoy your time with us at whatever level you choose to engage with us.

Patrons of Two Witches Podcast will get new podcast episodes one week earlier than the general public, and will also have bonus episodes not available to the general public on a variety of topics - and best of all, you get to VOTE on what bonus content we bring you.

Herb classes from our resident Plant Witch Andrea, Protection Magic, Divination Methods, world religious beliefs and other bonus content about fortean subjects are options we are ready to throw on the table at time of relaunch. Additionally, there are a lot of things that have happened at Mother Joseph's Providence Academy that we aren't comfortable putting out for "general listenership - you'll get the answers to all your burning questions there too.

What is Vintage Magic?

Besides our interest in High Strangeness, SJ and Andrea have a love of antique and vintage items in common. Andrea stuck her toe in first with her cottage industry business, Primitive Inspirations. Through their brick investigations, SJ began to notice patterns at thrift stores and estate sales, and opened a successful part time vintage resale store online. Mirroring the pattern of everything else in their lives, synchronicities began to emerge that caught our attention. We discovered the latest synchronicities led to what we now call "Vintage Magic."

Along with our normal discussions into haunted bricks and fortean subjects, followers on our social media have been begging us to tell them how we both identify, find, price, and of course sell vintage objects to make a little extra money - Free Tip: It's Not Just ebay, anymore! Anyone can learn to do this - Like everything else in life, you can use all kinds of techniques (ranging from the practical to high "woo" intuitive and magical craft work) to jumpstart your own VINTAGE MAGIC. We'll show you how to do it and avoid pitfalls we made when starting out.

Other perks for Patrons could include live stream events to chat with us (and maybe guests) live, Patreon only contests and Two Witches Podcast swag - we just love to give stuff away! Patrons will also get a monthly code for a 10% discount in Andreas Primitive Inspirations store AND SJ's Etsy store, MoJo's Boutique, if vintage is your thing too!

Thank you for all your love and support. We came back for YOU.