is creating FUNNY & INFORMATIVE GAMING (and some non-gaming) PODCASTS 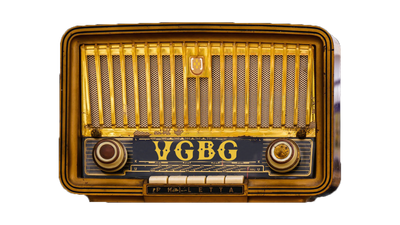 In February 2015 we launched the VideoGamer Community Club on Patreon. We were blown away by your support and it enabled us to continue making content that you don't see from other video game publications. We're a small team and your funding meant the world to us. In 2016 that became the VGBGs (VideoGamer Boys and Girls & All The Brilliantly Fantastic People)

It's been a hell of a period for the website, and we couldn't have got through it without you. And, along the way, you've let us know what you want from the Patreon. And that's podcasts!

There's a $1 tier, and you can pledge at whatever level you would like, but there's only one reward tier: the $4.50 tier (it was going to be $5, but then because of the Patreon fees thing we changed it to $4.50, but then Patreon dropped the fees but we were like, 'Whatever, it's too close to Christmas and our Patrons are cool,' so we aren't changing it back). Here's what your rewards are:


The extra podcast is a rolling schedule of four themes, one for each Friday of the month (you can think of it as getting four different monthly podcasts if that helps, but it may in fact be more confusing so forget we said anything). They're based on stuff you said you like us talking about, and collectively are called VGBG Radio because we think that's cool. VGBG Radio is:

Dialogue Options - Us having a bit of a chat, talking about the month that's gone, and maybe showing you behind the curtain at VG a bit, too.
Hit Box - Each month Colm Ahern gives us a classic professional wrestling match to watch and discuss
Skiptunes - Mike Harradence likes dadrock, and this show gives him a chance to chat to someone about an old album from one of his favourite artists.
FMV (F**ked Motion Video) - As a lover of movies, Josh Wise gets to wax lyrical on video game movies with another willing, and probably sad after watching, human being.

The VideoGamer Discord has separate channels for you all to join in and discuss what we talk about on the podcasts with us. Neat-o!

In terms of why we're running a Patreon, the reasons are the same as ever. Your funding is a massive help in our continuing efforts to punch above our weight amongst UK games media. With your help, we want to grow into a juggernaut that won’t let up and is second place to absolutely nobody. We can’t overstate how important you are to us in getting to that next level and at the end of the day, it’s all for you. Without the VGBGs, there is no VideoGamer.

With that in mind, we want to ensure that we are delivering content that you want to consume. When I fork out £10 to Tim Cook to listen to the latest T Swift record, I expect to hear the voice of the Pennsylvanian angel rather than a croaky Taylor that’s been out on the lash the night before. If our content isn’t what you deem of a high enough quality, then tell us. We want to create things that you enjoy and we’ll be damned if that ever changes.

Thanks, VGBGs. You’re the best.

0% complete
We want to make more videos. Fact. If we hit this milestone all our video content will be self-sustaining and we can start the process of getting a new person on board to do just that. And who knows... it could even be you!
1 of 1