$1
per month
Join
A big thank you for your support, every bit helps!

Hi I'm Volt!
I draw comics and occasionally make videos and storyboards.  My goal is to be an industry storyboard artist! My subjects of interest are Dungeons and Dragons, Occult topics such as witchcraft and alchemy, and mythology! You'll see a lot of these themes reflected in the work that I make.
✨
My current project is a collection of comics I'm developing called "The Alchemists Collective", which are stories about different characters and their relationships with magic, the occult, and the realities around them. Each story can be read as a stand-alone, or in any order, however, they all have an overarching narrative. There are a lot of elements of DnD and other fantasy derivatives. So if that's your thing, read on and feel free to support!

.:In Development:.
These are comics I'm currently working on; you can see works in progress and completed pages super super early for as little as $2 a month!

Deep within the heart of the desert lies The City of Illusios. You may mistake it for a mirage upon first glance, or you may miss it entirely. Protected by the divine magic of their gods, the inhabitants of this city rely on the gods to protect them from the invaders, monsters and enemies who may seek to take over their land. This protection is maintained by mysterious rites; but what is the true cost of this protection? Dionysios is about to find out. 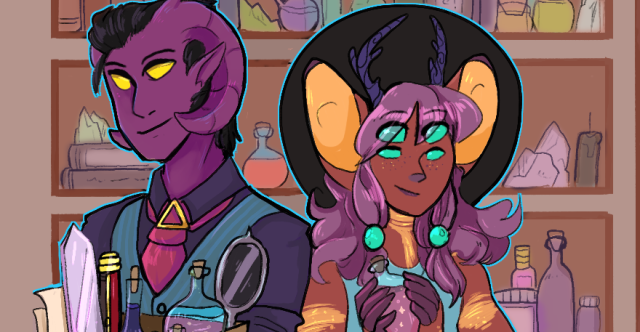 The second iteration of a fun comic I like making on the side.
Potions guide is an easy to read step-by-step guide on the most common,  accessible and useful potions that you can make for your quests. About to fight a kraken? Don't go into battle without a water breathing potion! Out of energy for magic healing? Have some healing potions on hand!
{This comic actually has a previous version, which you can read all of here!}

.:Completed.:
These are completed works that are up for the general public and ready to read! 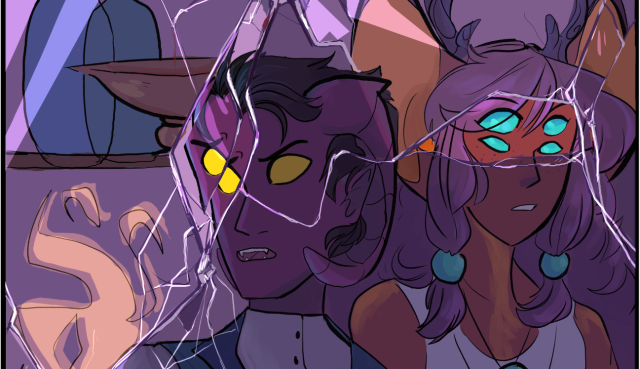 The first story in the Alchemists Collective, Mirror's Omen is about a fated meeting between Damakos, an up and coming Alchemist who just opened a shop, and Dionysios, A mysterious foreigner, with an even more curious set of items.
This story is complete and is free to read in its entirety here!

50% complete
A good goal to start off with I think, will definitely ease some more immediate financial worries (like food!). Less worry for me means more art for you!
1 of 1