Voodoo Monkey is creating content you must be 18+ to view. Are you 18 years of age or older?

is creating games for GROWN-UPS

$5
per month
Join
For those that can offer even more, thank you:
Access to the patreon-only feed which will contain:
Includes Discord benefits

$10
per month
Join
For those that can offer even more, thank you:
Access to the patreon-only feed which will contain:
Includes Discord benefits

Hi.  Thanks for visiting my patreon page.

I was inspired by Akabur's work on Princess Trainer and Witch Trainer.  If you haven't heard of him, you can check out his games here (They're all free and amazing!): Akabur's Patreon Page

If you are new to patreon: It's basically a tip-jar. Not trying to sell anything out right but any support is appreciated. Just be aware that it's a subscription that will pull your donated amount at the beginning of every month, so keep that in mind.

This is the latest playable version of Lyla's Curse.  I hope you enjoy watching Lyla's and Socks adventures unfold and enjoy playing it :) 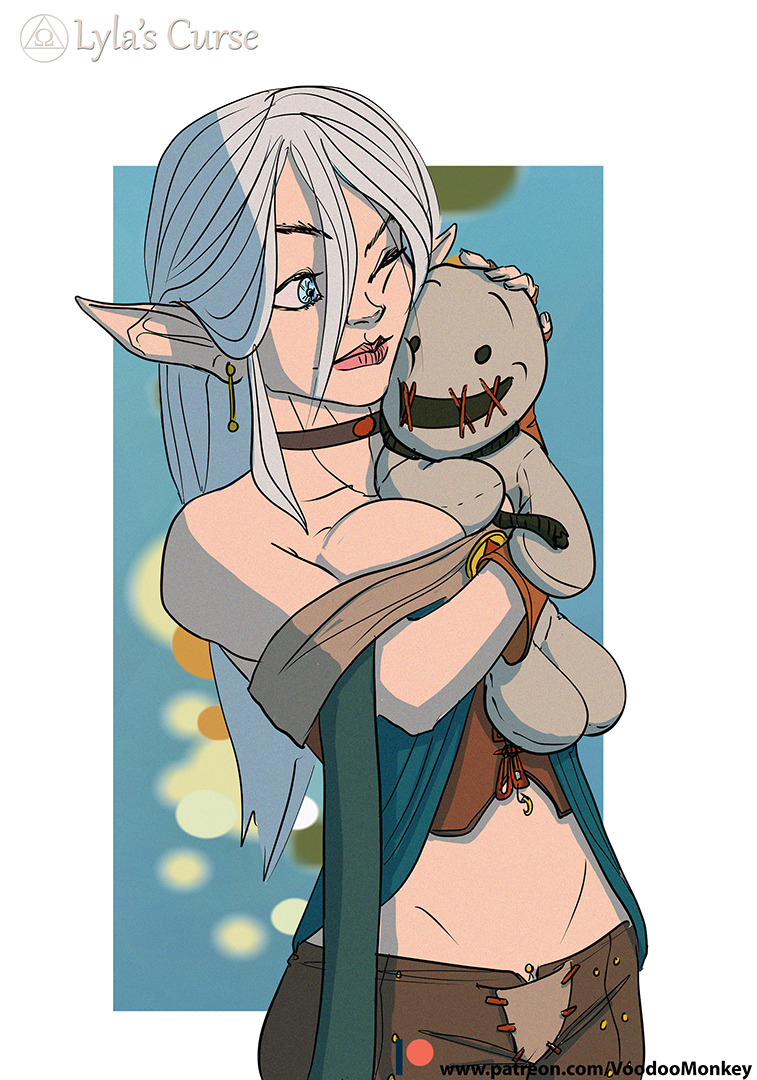 
If anyone likes text stories, here's a list of readable Lyla's Curse Side Stories released to the public:


Join the official Lyla's Curse discord if you'd like to discuss the game with me or anyone else.  Or just talk about anything in general:

I'm making a game called Lyla's Curse which is a game about an elf (Lyla) who is just about to finish up her magic schooling when she gets cursed with an item that suppresses her magic completely.  This in turn causes her to fail her finals and needs to find a way to rid herself of this curse in order to finish her schooling and get into the magic force.


She now can't cast even the simplest of spells and now is forced to find alternative money making schemes to pay a specialist (an expensive ass specialist) to rid this curse...or is she smart enough to figure it out on her own.


She's accompanied by her faithful familiar Sock, which just so happens to be a burlap sack doll.  Give her a break, she decided to be different and infuse her magical focus into a doll instead of the traditional animal that most sorcerers take.  You get to follow her journey into debauchery as she tries to find a way to rid herself of this curse.  If she can't then she has to return to the normal "Non-magical" world...f*ck that.

So I will plan to be pretty transparent with my progress, I don't know if people prefer to receive spoiler free updates and play the game blind or would like to see all of the little things I'm thinking of while creating this thing.

As far as gameplay, I don't want to create another adult game that requires tedious gameplay to reach each scene, that's not why we play adult games.  I'm designing this game to allow you, the player, to control her activities at your pace.  You can choose to end the game or just keep playing and driving her deeper into the shady life she's digging herself into.  I plan to incorporate a wide variety of fetishes but the primary feel I'm aiming for is a slow degradation of Lyla.  I want her progress to be slow and story rich but full of content in the late game.

$607.09 of $2,000 per month
With this goal, Voodoo Monkey  can purchase magical Golems from the black market to help him in his develop a proper team and not do this alone.
3 of 5