is creating WoWs Mods and Tools

I have been working on Mods since the end of January 2016 and I am the guy behind stuff like the Fleet Redux, Flags Redone and the Ship Name Selector modification. I also made modifications like the Horizontal Techtree, also known as Techtree Redux, and an alternative extractor for World of Warships, also known as ShipPKG, which I no longer support. 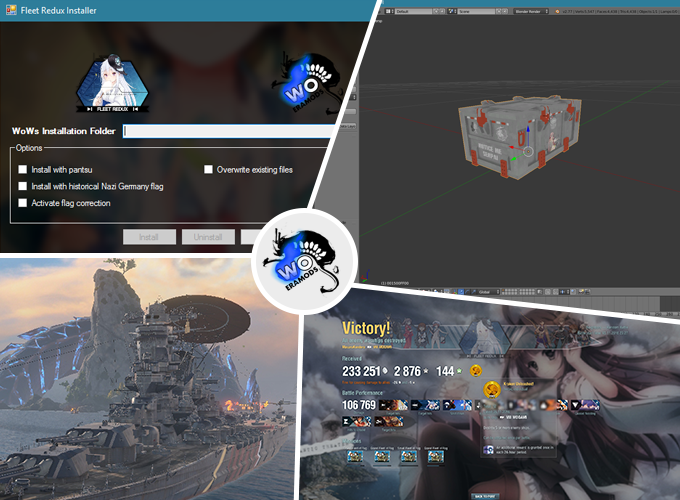 I'm very passionate about my modifications and I nearly work every day on new stuff or on updates of old content. All the updates are improved on a regular basis and updated shortly after every new version of WoWs is released. With your patreon support, I will be able to pursue my passion and create cool and unique World of Warships modifications which will allow you to modify your game at your personal taste.

If you have any question, you can always find me on my Wo Era Mods Discord Server, on Facebook or on one of those three threads on the official WoWs forums here:

I'm looking forward to be supported by players like you and I hope my modifications are all what you are looking for!