Wossa is creating content you must be 18+ to view. Are you 18 years of age or older?

is creating Kinky Comics and Illustrations

$3
per month
Join
Thanks for your support! You'll be entitled to:

Patrons are now charged upfront on the day of their pledge, after which they'll then be charged on the 1st of every month. As such, if you are considering pledging, please join early in the month!
Includes Discord benefits


Patrons are now charged upfront on the day of their pledge, after which they'll then be charged on the 1st of every month. As such, if you are considering pledging, please join early in the month!
Includes Discord benefits


Patrons are now charged upfront on the day of their pledge, after which they'll then be charged on the 1st of every month. As such, if you are considering pledging, please join early in the month!
Includes Discord benefits 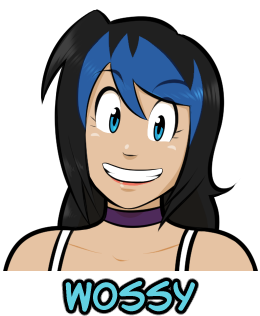 Wossername (Wossy) - a jolly prankster with the strength and subtlety of an elephant... until she spots her prey, and channels her inner jaguar!
and 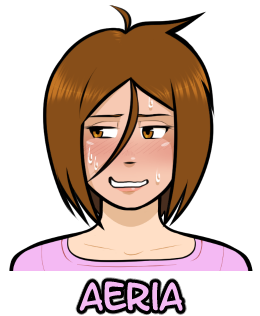 Aeria (Aer) - a short-tempered bookworm with a list of secret desires so long that it would take a lifetime to read, let alone enact!

Friends, roommates, lovers; sometimes somewhere in-between, and other times something else entirely - Wossy and Aeria's peculiar relationship is explored further in issues of their comic book:
Escapades!

Choc-full of excitement and mischief, issues of Escapades contain over 20 pages of fully-coloured kinky fun! Issue 4 has now been released and will be available for all Patrons pledging at the $10 level until Issue 5 is completed!

But that's not all!
Once per month, Wossy and Aeria get to take a break as our attention is drawn to the Fanart Vote, in which Patrons get to submit and vote for their favourite characters! The most popular character will star in their own fanart which will be posted here for all Patrons to enjoy (higher tiers will also receive higher resolution copies and the occasional PSD file and/or timelapse video). As per my usual style of pictures, these fanarts will have a tongue-in-cheek nature to them and will not contain any explicit content. Any scenarios in which characters may seem uncomfortable are merely depictions of roleplay.

(IMPORTANT NOTE: There will be no Fanart Vote in June 2021. I am very far behind on drawing the winners for the past few months and need to catch up. Sorry!)

Pledging will grant immediate access to all of the winning pictures ever drawn, while non-Patrons will get to view the pictures some months later in my DeviantArt / Twitter / Pixiv galleries.
Also, FYI the Customizable Bodybase File is free for everyone - you don't need to pledge for that.

That's pretty much the gist of it.
If you like what you see, please consider pledging - but if pledging's not an option for you, no worries! Escapades is the only content that will be permanently kept behind a paywall, due to the amount of time and effort each issue requires to complete. For all other illustrations, just sit tight and you'll soon be able to enjoy them on my other pages for free!
Thanks for reading!

$1,200 - reached! per month
Full time!
[Dec 2018: Removed previous goals since rewards have been tweaked a few times over the years. This is the one that matters!]
This is the minimum income required to cover my essential bills (rent, council tax, electricity/water/internet and food) and allow me to continue making art full time.
Further income goes to computer upgrades and maintenance (Huion 220v2 display tablet, new power supply and a few hard drives funded by Patrons!), assistance with art (SuichiTanaka receives monthly compensation for helping me with concepts/anatomy/composition on the fanart illustrations), nonessential leisure/subscriptions (Videogames, Netflix, Amazon Prime, Gym etc), personal savings, national insurance and income tax.