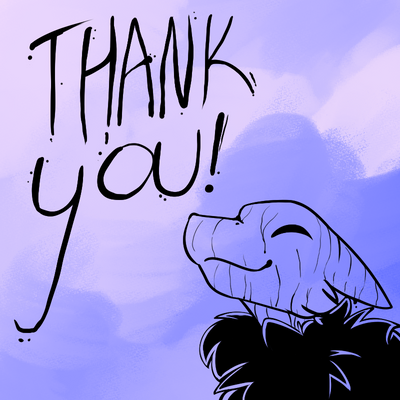 A huge thank you to anyone willing to support me. Any little bit helps a ton! Your votes on the poll are weighted heavier then people who do not pledge <3

Howdy, I am Zaezar! I am a full-time character designer and illustrator doing freelance work in the anthro community. Long story short I make pretty characters for furries. That has very little to do with this Patreon page. This page is about my streams, which ARE mostly around the art however that's the problem.

I have a lot of projects, plans, special events, and various activities in games that I want to do and share. But a full-time illustrator job is, well, busy! I haven't had any time in years for most anything I have wanted to do for myself. By supporting me here you are contributing to a "tip jar" when it gets to a certain point I do one of these special streams as I can justify it monetarily instead of doing commissions that afternoon. Everyone is allowed to vote on them, though your patronage gives you a significant weight to add. Even if you do not pledge to a specific tier and just pledge whatever amount! When you vote on the poll your vote is +2 for each $1 you have pledged. People at the $10 tier vote with 11. People not pledged at all vote just 1. Picking a tier is optional and just gives you a role in the Discord!

The funds raised here are cumulative with previous months. If we don't have enough to reach the first goal each month, the previous months that were raised and not used for the timer are put forwards until we have enough. There are no wasted tips.