Abaddon is creating content you must be 18+ to view. Are you 18 years of age or older? 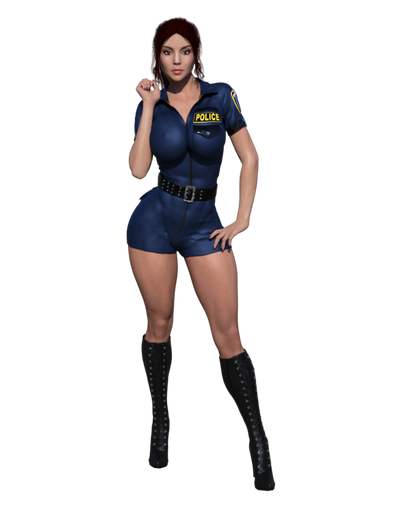 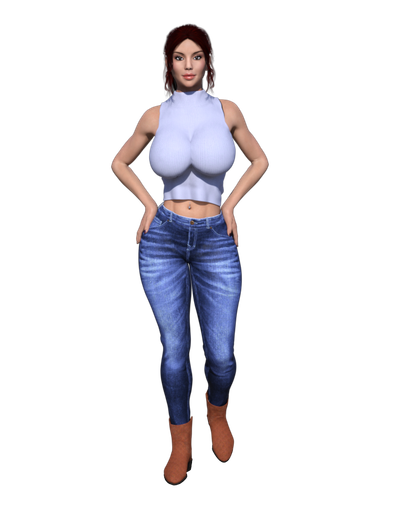 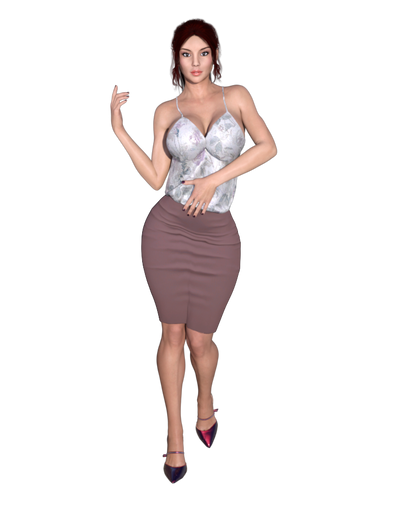 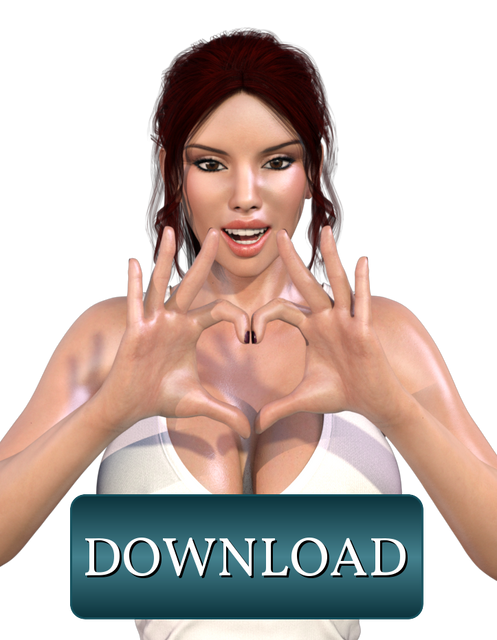 Welcome to my Patreon Page!

("CHARGE UP FRONT" is enable)

DISCLAIMER: Manila Shaw: Blackmail's Obsession, is a work of fiction, not related to the real world at all. All characters in the game are at least 18 years of age.

The developer of this game (Abaddon) takes no responsibility for the legality of your actions.

The protagonist of my game is Manila Shaw, a good policewoman who respects the rules and justice even if she lives in a dystopian world. A mysterious man will become obsessed with Manila, and this thing will completely change her life, making her know a world of corruption and deception... 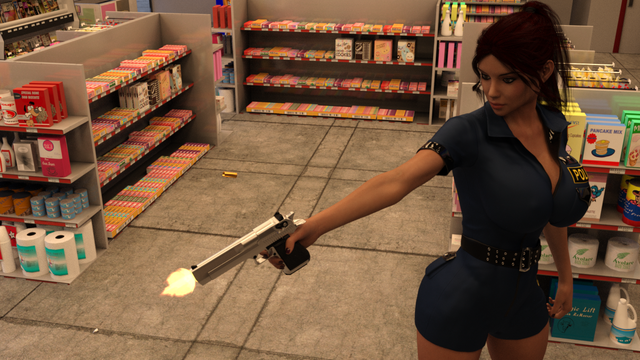 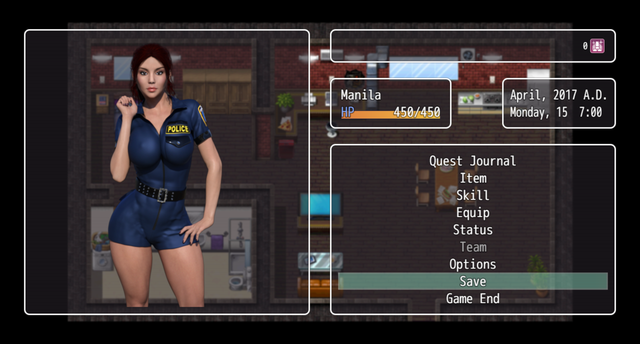 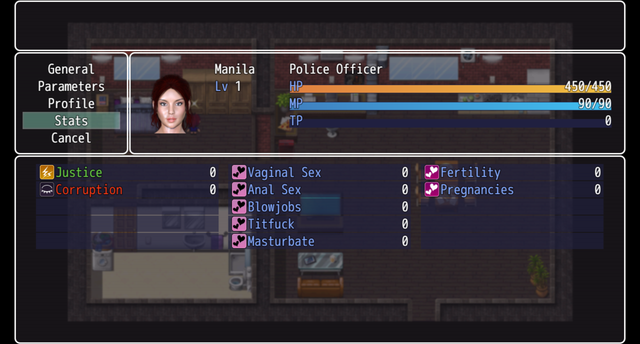 You can make choices that will change some events in the game
(temporarily or permanently):

- Green Choice: Positive, Good Person, Justice. You are a police officer who respects the rules. A high level of "Justice" and "Corruption" will turn Manila into an avenger. The value that will change the "Justice" skill will be marked in brackets: (+1), (+2), etc..

- Blue Choice: Neutral Choice. If you want to postpone a choice or don't want to overbalance yourself in a situation.

- Red Choice: Negative, Bad Person, Corruption. You're a corrupt policewoman willing to do anything. The value that will change the "Corruption" skill will be marked in brackets: (+1), (+2), etc..

In this game the choices will have consequences that will change some dialogues and scenes. 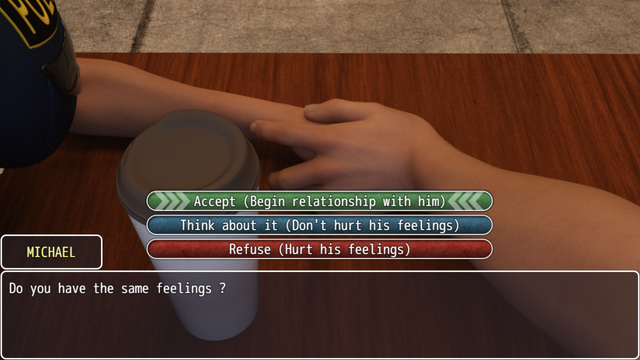 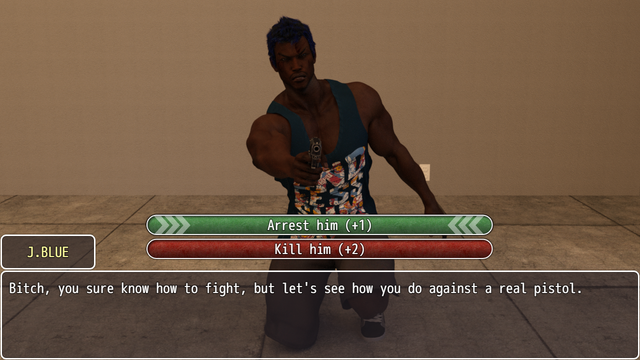 In this game there is a combat system. If Manila loses a fight, a new scene may be triggered (new scene or game over). 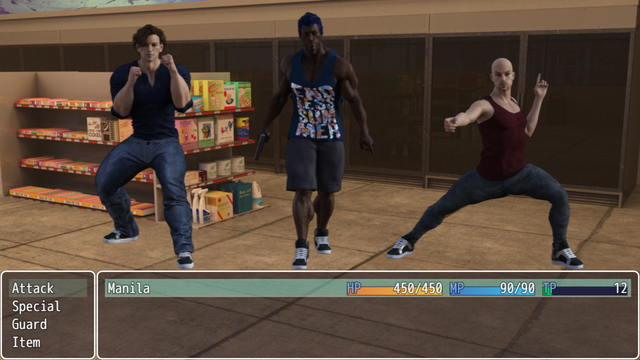 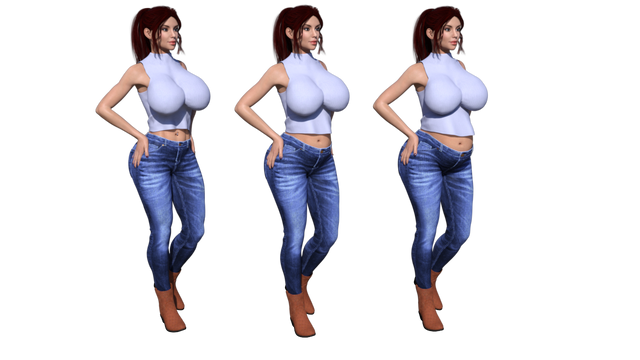 Manila will be able to get pregnant. There will be two levels of pregnancy: Manila Pregnant 50% and Manila Pregnant 100%. The mechanism is based on the percentage of fertility, which will change every day. It will be possible to increase fertility with special pills or reduce it to 0% with the birth control pill.

When the characters think: black shaded strip and yellow lettering in brackets: 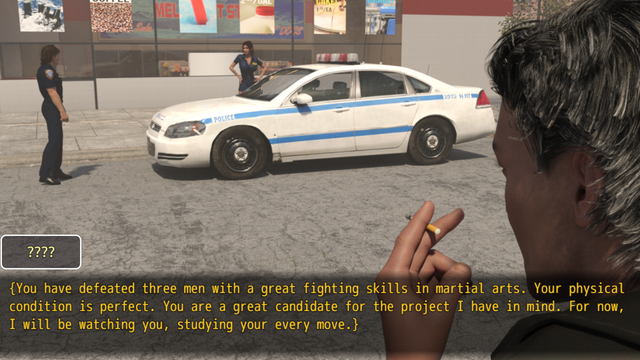 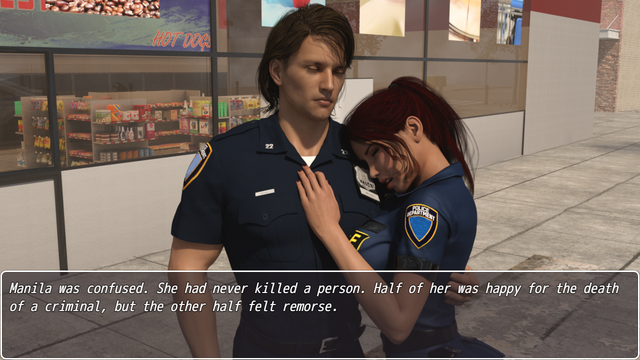 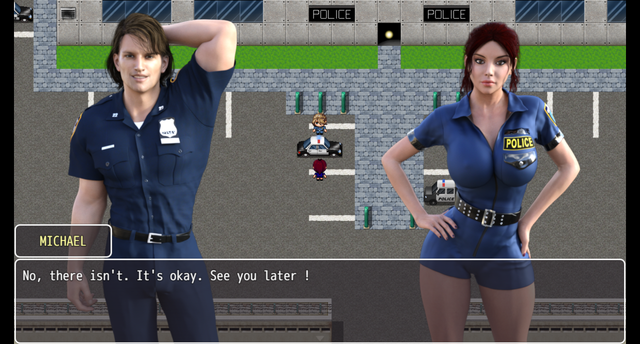 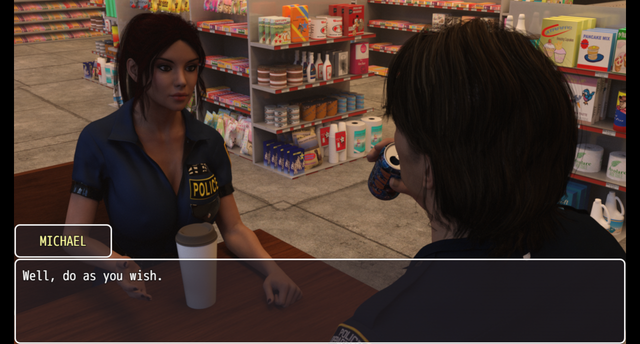 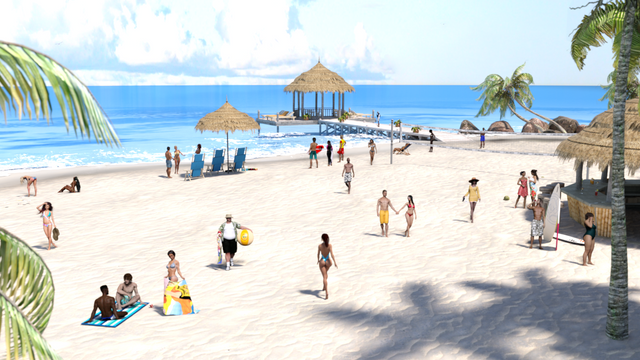 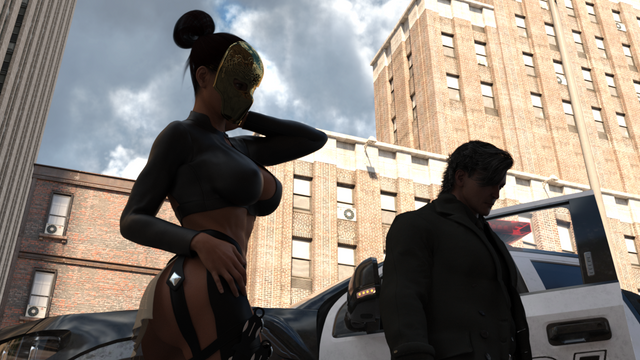 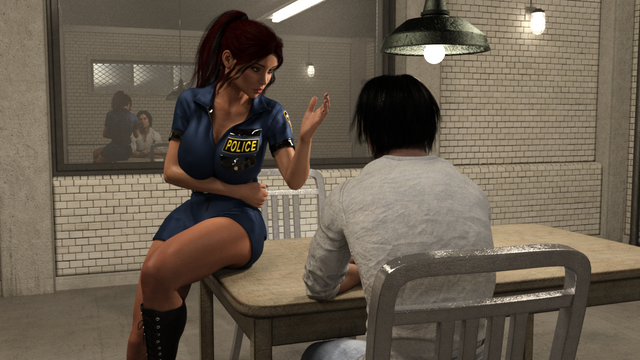 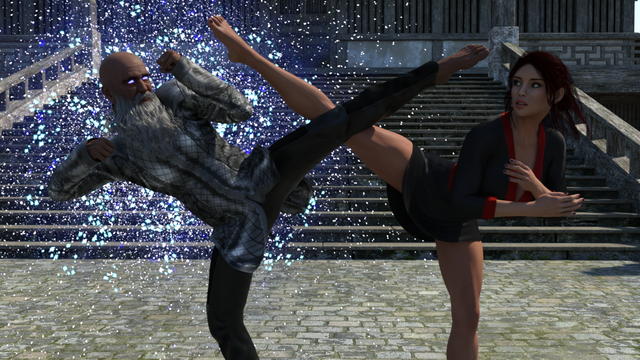 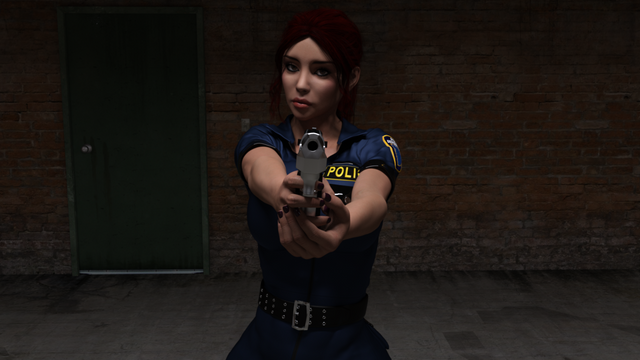 THANK YOU SO MUCH FOR YOUR SUPPORT!