Abigail Hilton is creating content you must be 18+ to view. Are you 18 years of age or older?

is creating Fiction in Text and Audio

Many thanks! You get my upcoming books and stories in text long before they go public. You'll get something at least once a month, usually more often.

You also get access to many past rewards. Check the latest Reward Summary in the feed.  https://www.patreon.com/posts/summary-of-nov-31430172

In addition, you get an RSS feed for podcast episodes I post at this level (audio updates, about once a month). 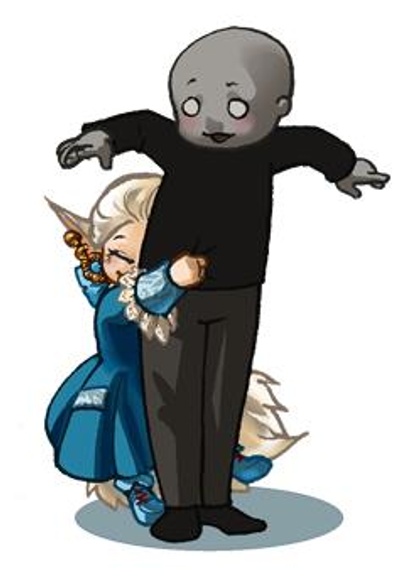 Silveo sends hugs! This is the main audio level. In addition to the rewards above, you get a weekly audio podcast episode. This will include either an audio update from me or audio books in production before they go live on Audible. com. 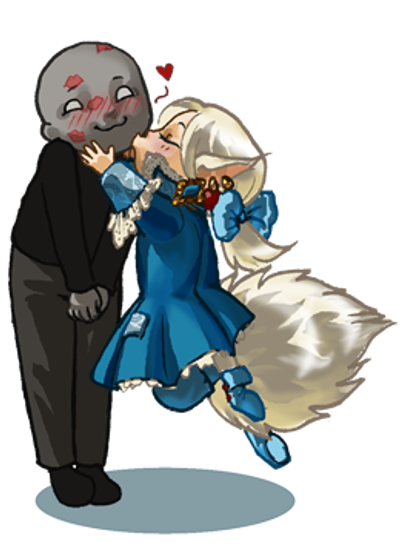 $5
per month
Join
You are fabulous! Silveo sends hugs and kisses. Lots of kisses (Silveo, stop that).

In addition to the rewards above, you get extra audio (podcast) episodes, in which I talk frankly about my experiences during this pandemic. In the past, I have also written a monthly short story here. I'm sure I will do so again, but right now, the Plague Journal is all I can manage. I do them as often as I feel I have something to say, so sometimes one extra a week, sometimes two or three or more extra.

Short Version
I'm the author of The Guild of the Cowry Catchers, The Prophet of Panamindorah, Hunters Unlucky, and The Eve and Malachi books. I also write sexier stories under the pen name A. H. Lee, including the Incubus Series.

In 2008, I started podcasting my stories as serialized audio books. I solo-read the Prophet of Panamindorah trilogy, and you can still listen to it on Podiobooks.com

I became more ambitious with my next series, The Guild of the Cowry Catchers. I produced those 5 books in fullcast audio, with forty voice actors, music and sound effects. I also commissioned illustrations for each podcast episode. My primary artist is Sarah (Rah) Cloutier

Cowry Catchers was labor-intensive, but rewarding. I got to work with talented voice actors and artists, and I built a wonderful group of fans. The project took 5 years and finished in 2014. The whole series was released for free, and you can listen to Cowry Catchers on Podiobooks.com. (Or search for it in iTunes.)

While I was doing all this, the ebook revolution hit. I learned to produce ebooks, paper books, hardback art books, and pro-level audio books for Audible.com.

My audience has been fantastic and encouraging. I have continued to work with my artist on illustrated projects. In May of 2015, we took a stab at a comic. We started with the Silveo short story "Professionals." You can also see some of the many illustrations that Rah has created for my stories in numerous styles on Tumblr and Pinterest.

I also do a weekly podcast on Patreon with an update about my life. Pro quality audio books also get published here before they go up on Audible. In addition, I release occasional free updates in text or audio, so you're welcome to follow even if you can't donate.

90% complete
More reward art! I will consult with the patrons on which characters. :)
6 of 6