is creating The Age of Jackson Podcast 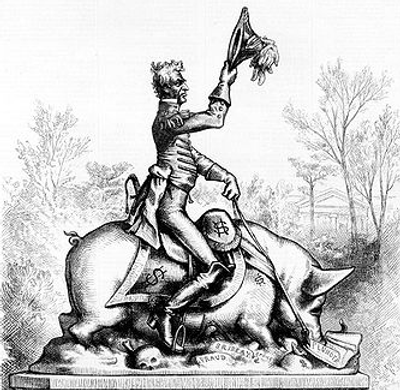 In each episode's show notes, you will be thanked by name.

The Age of Jackson Podcast is an educational show designed for laypeople, students, teachers, and scholars of the Early American Republic. As the name suggests, the podcast is devoted to the Age of Jackson, commonly known as the Jacksonian era and the Antebellum period (ca.1815 – ca.1845).

This time of American history is not only one of the most transformative and important, it is also one of the most interesting! It features the legacy of the Revolution; the invention of political parties; capitalist transformation; the spread of evangelical Christianity; the birth of unorthodox religious movements and communities; antebellum reform efforts; changing conceptions of gender, sex, and family; westward expansion; Indian resistance and removal; abolitionism and slave revolts; sectionalism and the brewing Civil War (just to name a few topics!).

Every week, the podcast will feature interviews with some of the top experts working in the field. This podcast hopes to recapture some of the spirit of the age in discussing the Jacksonian period’s history and legacy – all for your educational benefit!