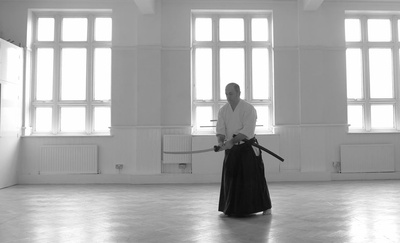 $10
per month
Join
This tier will include reference videos in Aikido, Aikido weapons and Iaido. There will be a particular emphasis on Weapons and Iaido as they are complimentary to general Aikido training.

About Aikido of London

The Patreon service will provide content to include reference videos, articles and podcasts. A strong emphasis will be given on Weapons and Iaido which helps develop a deeper understanding of Aikido training.

Articles and essays will cover an extensive range of subjects. These are technical in nature but a broader scope will also be covered while still relating to Aikido and training in general.

Ismail Hasan is the owner and head coach of Aikido of London where he has been teaching since 1994. He trained as a professional student with TK Chiba Sensei in San Diego, California from 1985. He also served as head coach of Southwestern Aikikai, managing dojos in Albuquerque and Santa Fe, New Mexico.

Hasan Sensei in addition to teaching regular classes is also running a vibrant teacher training program where he shares his extensive knowledge of Aikido, weapons and Iaido for the future generation of teachers. He has taught seminars in London, throughout the UK, Scotland, Poland, Spain and the USA.

Recent posts by Aikido of London